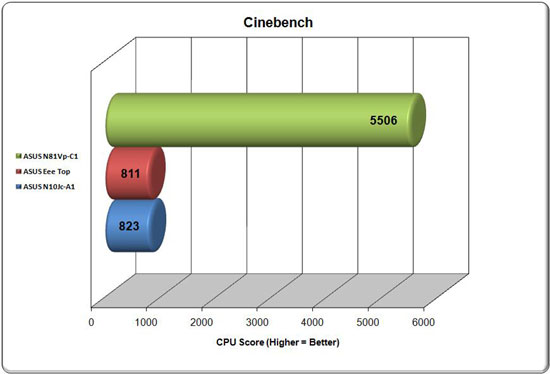 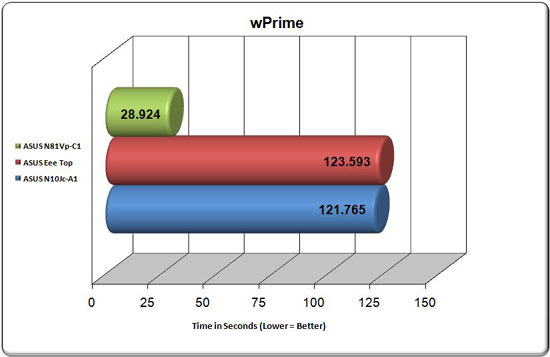 Cinebench Release 10 and wPrime give another perspective in comparing a single-core Atom 270 with a dual-core Core2Duo T9550.