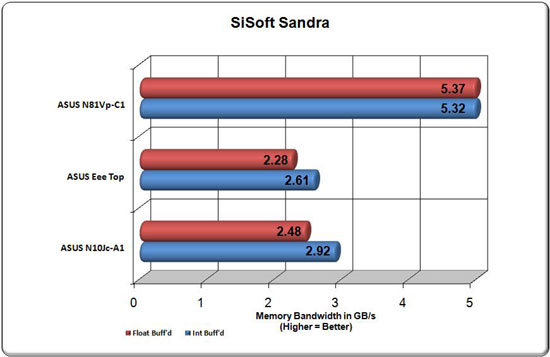 The dual memory channels in ASUS’ N81Vp show nearly double the bandwidth of the single channel Atom-based systems of the N10Jc and Eee Top. 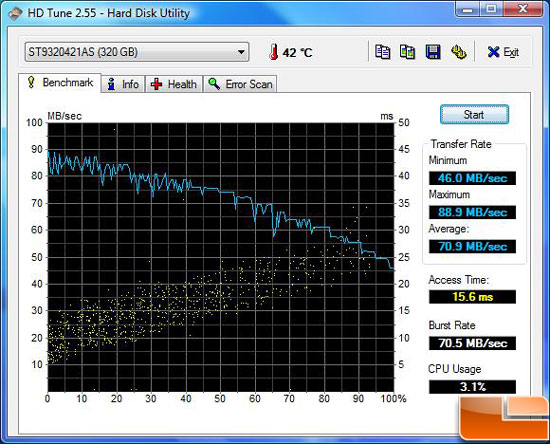 HD Tune shows some decent performance from the N81Vp’s 320GB 7200RPM hard drive. When comparing to the N10Jc, the Transfer Rate averaged about 20 MB/sec faster, the access time was about 8ms faster, and the CPU usage was almost 3% lower. The only difference is that the Burst Rate is about 10 MB/sec slower than the drive in the N10Jc, but overall, this was clearly a better performing drive.