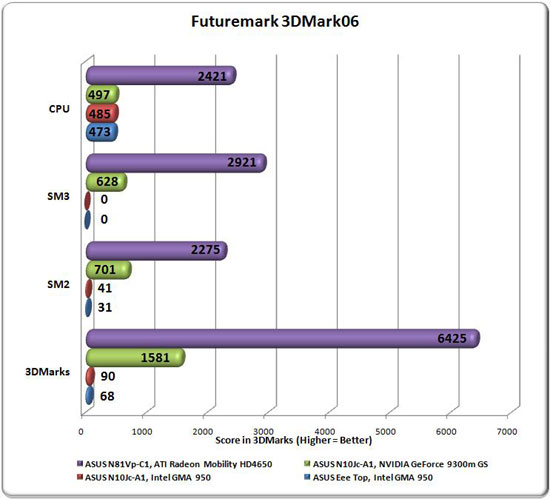 While there is no contest between the N81Vp and the N10Jc or Eee Top, the CPU score is interesting to see the relationship between the Intel Atom 270 and Core2Duo T9550. 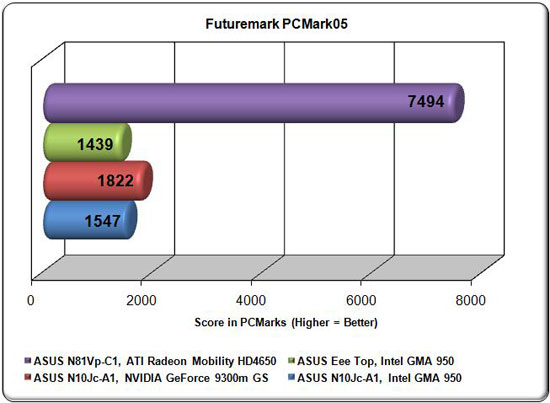 Again, the ASUS N81Vp scores great in PCMark05 with its superior performance parts.