The ASUS N81Vp has just about everything you would want in a laptop. Above you see the 8-in-1 memory card reader, DVD Super Multi optical drive, and Express card slot. Below the Express card slot is a USB port, 1394 Firewire port, mic and a headphone jack. On the back corner, you can also see the security lock hole.

The right side of the laptop only has two more USB ports since the rest of this side is reserved for the battery and CPU/GPU cooling exhaust. One flaw in this design is the placement of the exhaust vent. Since most people are right handed, if you use the included optical mouse, your hand will be blasted by hot air while you are gaming or doing anything that will heat up the CPU or GPU.

The back of the N81Vp has the power jack, two more USB ports, a D-Sub monitor out jack. Further down you have an HDMI, eSATA, Cat-5 and modem connections. Yes, laptops are still coming with modems! And if you haven’t noticed, the top of the laptop has a nice polished and reflective coating for that elegant, glossy look! 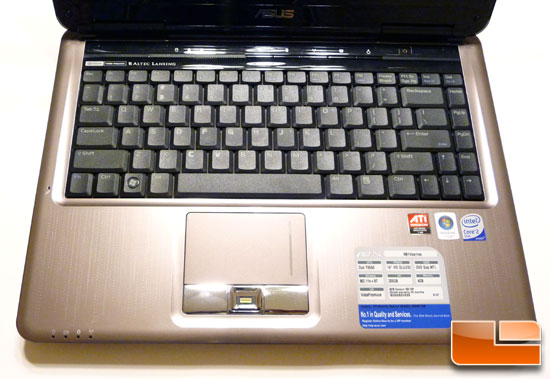 The laptop keyboard is a very comfortable and the keys are spaced like a standard keyboard, so you don’t have to worry about adjusting your typing style with this notebook. The touchpad is also centered directly below the spacebar, so it was not in the way while typing. I never accidentally clicked the mouse while typing on the N81Vp. 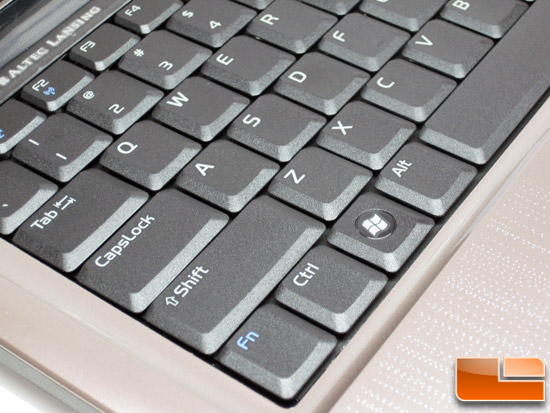 The ASUS N81Vp strangely has the function key on the far left, instead of control. This might throw many off, but you get used to it after a few days of use. The keyboard itself is comfortable to type on, with averge pressure needed to activate the individual keys. The keys have a matte finish which gives them a slight bit of traction compared to glossy keys found on many popular notebooks. The one downside to a matte finish is after months of use the keys you use most get smooth and shiny. For those curious about keyboard bounce we found minimal flex when pressed on with hard pressure, a big plus for frequent typists or those that like to pound away when typing. 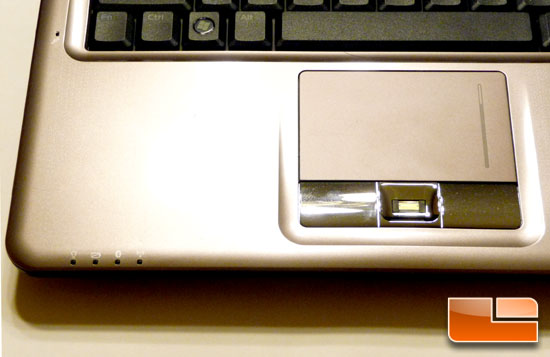 The touch pad was easy to use and has a nice hard surface that allowed the finger to glide easily without skipping. The buttons were a little hard to push at first, but I did get used to it. Between the left and right mouse buttons is the fingerprint scanner for that extra security. Near the bottom left of the keyboard you will notice the built-in directional mic for those Skype conversations and video conferences. 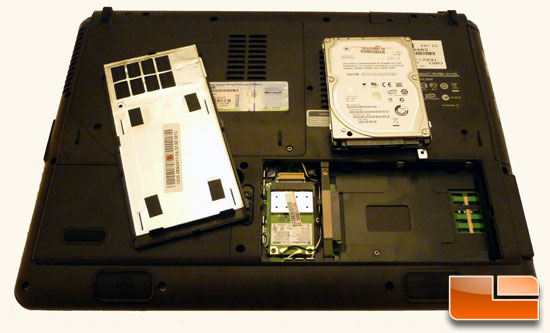 Moving to the bottom of the N81Vp, the lower right houses the Intel Wireless WiFi Link 5100 ABGN network card and the 320GB 7200RPM hard drive. You will also notice the two speakers along the bottom curve. There is also an embedded IR sensor next to the right speaker (left speaker when the notebook is right side up.) 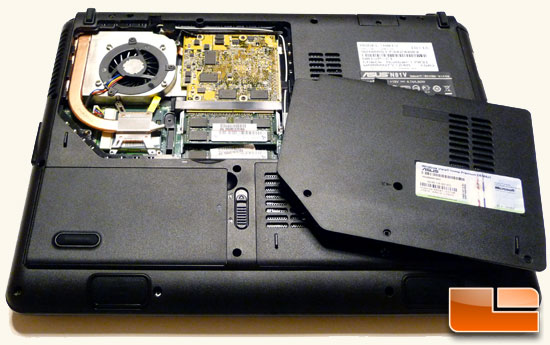 The upper right corner houses the 2x2GB memory modules, Intel T9550 Core2Duo processor, and ATI Radeon Mobility HD4650 with 1GB of VRAM. Above the processor, you can also see the exhaust fan. 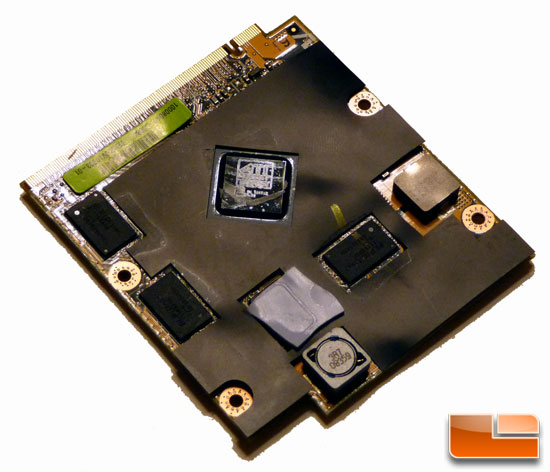 The ATI Radeon Mobility HD4650 graphics card was removable. When we removed the card, we noticed the thermal pad was a little off-center on the GPU die, but we never had any overheating issues.