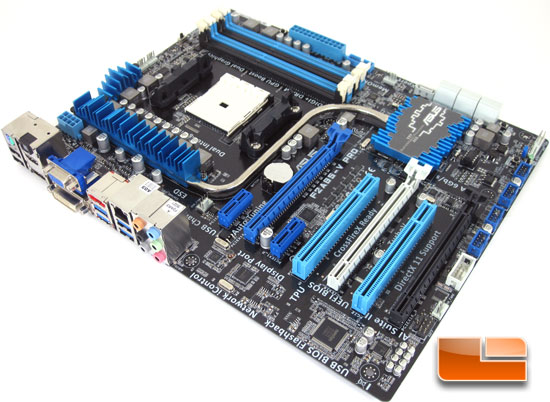 The ASUS F2A85-V Pro is a sharp looking AMD FM2 motherboard. Though looks certainly aren’t everything when it comes to computer components. You could have the best looking rig out there, but if it doesn’t perform it doesn’t mean squat. The ASUS F2A85-V Pro has the looks, as well as the ASUS name to back it up. We will get to the performance shortly, but for now lets take a look at the the overall layout and physical features of the F2A85-V Pro. 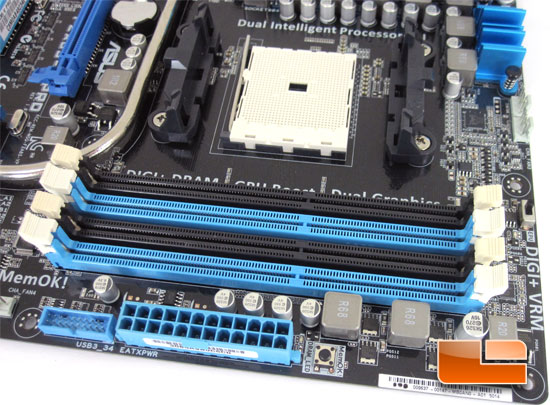 The ASUS F2A85-V Pro will support up to 64GB of DDR3 memory at speeds up to 2400MHz(O.C.) in a dual channel architecture. A feature that is new to AMD is the AMP memory profiles, with memory that also supports the AMP profiles all you need to do is set the system to use the AMP profile and you will be running the rated memory speeds. Think of it as X.M.P. for AMD. Along the edge of the PCB we can find the internal SuperSpeed USB Header, 24pin motherboard power, and the MemOK! button. Rounding the corner and working our way up the edge we can find the EPU switch and a pair of 4pin fan headers, one is the CPU_FAN while the other is the third chassis fan header (CHA_FAN3). 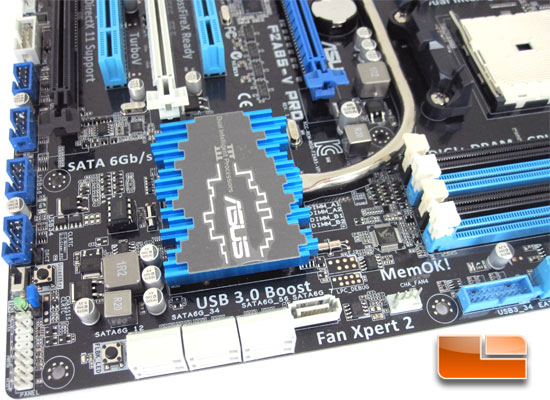 Swinging the ASUS F2A85-V Pro around, we can see seven of the eight SATA III 6Gbps ports from the AMD A85X chipset. The remaining SATA III port will be found on the I/O panel as an eSATA port. To the right of the SATA ports we can find fourth 4pin chassis fan header (CHA_FAN4). To the left of the SATA ports we have the BIOS Flashback (BIOS_FLBK) button and the BIOS Flashback LED. Working our way up the edge, we can find the pinout for the front panel, TPU switch, clear CMOS jumper, DirectKey button, and four internal USB 2 headers. 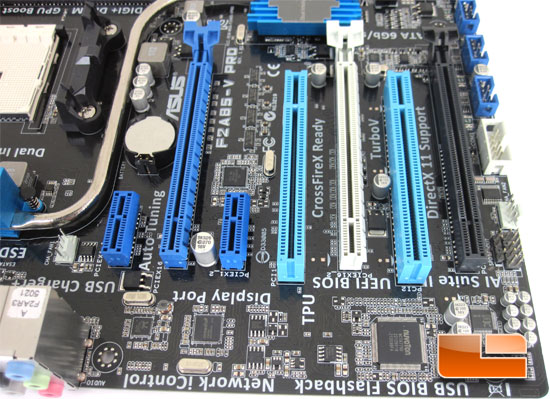 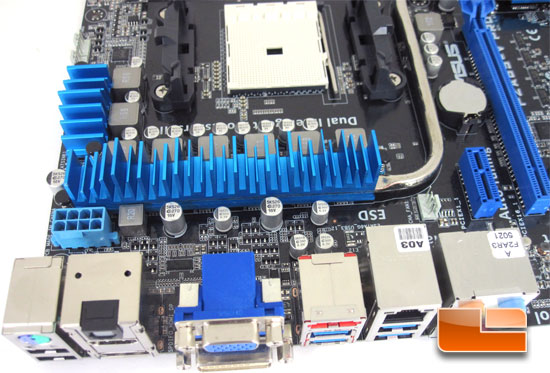 The ASUS F2A85-V Pro uses solid heatsinks with a heatpipe connecting between the PWM’s and the AMD A85X chipset heatsinks. Just below the PWM heatsink we can find the 8pin CPU power plug.

The I/O panel on the ASUS F2A85-V Pro features the usual suspects. The display outputs include, HDMI, DisplayPort, VGA 15pin DSub, as well as a DVI port. When it comes to data connectivity there are a total of six USB ports, two USB 2 ports, and four SuperSpeed USB 3.0 ports. I mentioned earlier about the eighth SATA III 6Gbps port that can be found on the I/O panel, well here it is. We also have a single PS/2 port for either a keyboard or mouse, six audio jacks, optical SPDIF out, and the Gigabit Ethernet RJ45 jack.