To overclock the AMD A10-5800K APU we decided to how far we could push the processor with the factory AMD retail boxed cooler. This is a budget processor and we figured that many will try to overclock with stock cooler. 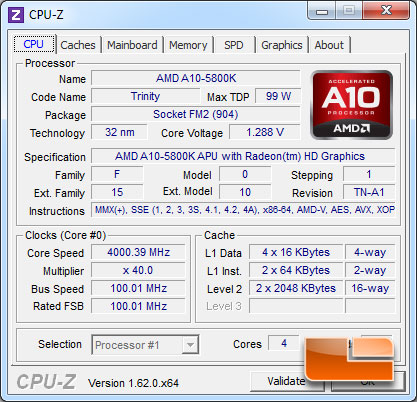 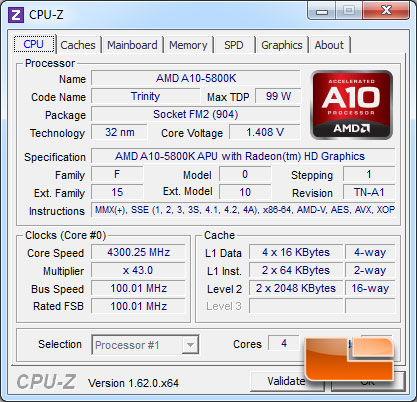 The ASUS F2A85-V Pro UEFI BIOS has the option to run the OC Tuner. We wanted to give this a go as we see many people may want to do this for sake of ease, or simply not wanting to do much tinkering for fear of causing damage. Once we enabled this option in the UEFI BIOS the system reset itself, and once it rebooted into our Windows 7 install we found that our APU has been overclocked to 4.3GHz. It may not be a record breaker, buy hey, there’s nothing wrong with a little free performance from enabling one option in the BIOS!

The ASUS F2A85-V Pro was able to increase the APU multiplier to x45 without an issue. We were able to run Cinebench to check our stability and we seemed to be golden! 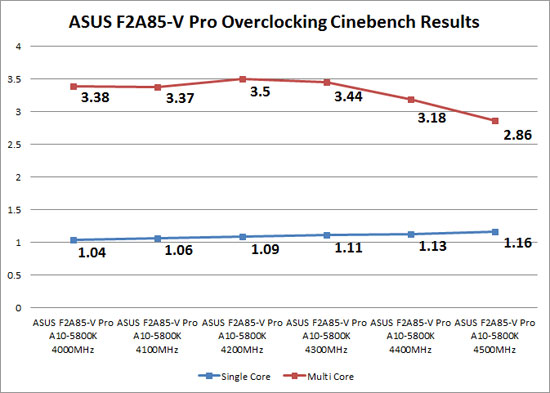 Using the stock retail CPU cooler for the AMD A10-5800K doesn’t leave us much headroom for overclocking. Although the system was rock solid at 4.5GHz, or at least seemed to be. The AMD A10-5800K was throttling back due to the heat being generated by the APU. Our best results were at 4.2GHz for the multi-threaded runs in Cinebench, we were able to hit 3.5. Beyond 4.2 our SMP scores started to drop, 3.44 @4.3GHz, 3.18 @4.4GHz, and all the way down to 2.86 @4.5GHz. The single core benchmarks continually climbed as we increased the frequency, starting out at 1.04 at 4.0GHz and ending at 1.16GHz at 4.5. Running on a single core the retail CPU cooler was able to handle the heat without much of a problem and we didn’t see much CPU throttling. 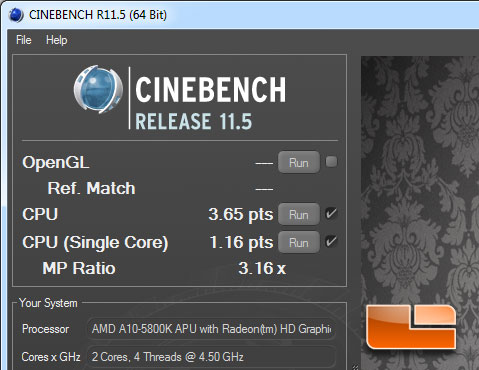 In order to prove our theory above about the A10-5800K throttling down and being a detriment to the system performance we decided to step up our cooling a notch or six. To make sure we were consistent we didn’t change any of our other settings for the testing. At 4.5Ghz our score with the retail AMD boxed CPU cooler had dropped down to 2.86 points in Cinebench, swapping out the retail cooler for our Corsair H100 Hydro water cooler we were able to confirm our suspicions The SMP score jumped to 3.65 points, a jump of nearly 28%! This was done by solely improving the CPU cooler and eliminating the heat involved with overclocking.