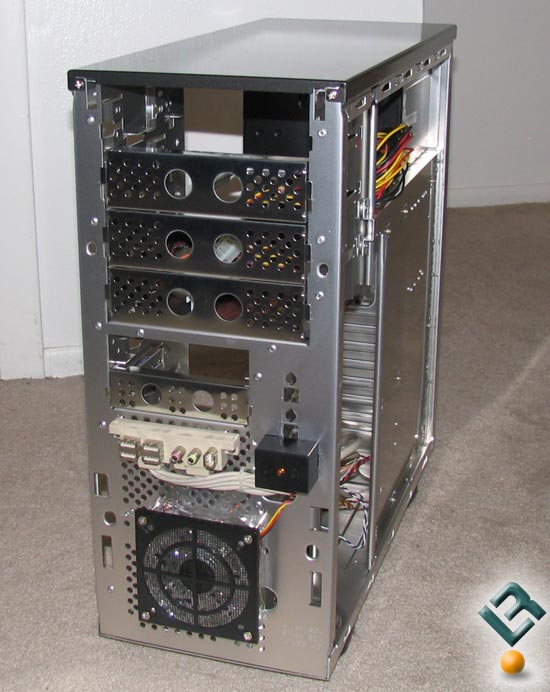 Here is the Nouveau pretty much nude. Things to note are there are actually four USB ports on the front panel instead of the standard two. This case also shows the optional Firewire port next to the pink microphone jack and green headphones jack. The front intake fan also has what I’ll call a ‘large particle’ filter. I just can’t call it a dust filter since the holes in the filter are too big to really catch much dust. 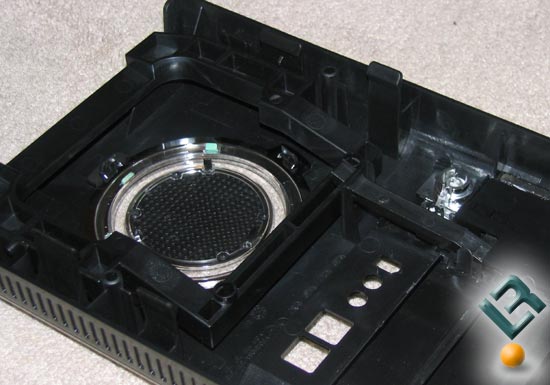 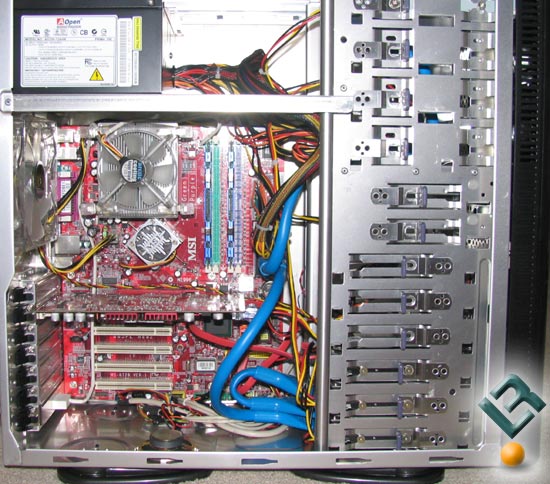 I had no big problems installing a standard ATX motherboard. The only issue I found is the lateral bar that supports the bottom of the power supply interferred with my screwdriver handle when trying to fasten the three screws along the top of the motherboard. Since most households have a reasonable variety of screw drivers, I would not consider this a big problem, just a small design flaw. I was able to find a short handle screwdriver and finished fastening the screws.

The USB and Audio ports from the front panel were incredibly easy to install since they are connected to a standard, solid jack. I did not have to fight with connecting individual USB wires to my motherboard. I just pushed the USB and Audio jacks to their respective headers on the motherboard and that’s it! 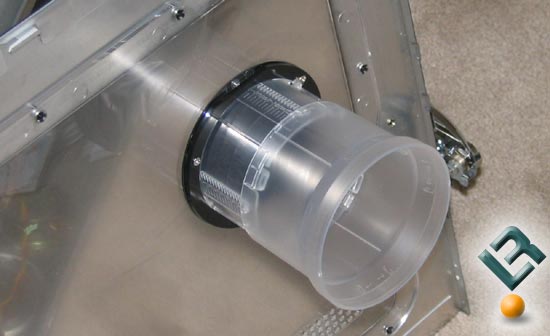 With two 120 mm fans right next to the processor, AOpen recognized the issue of not letting enough cool air get to the processor’s heatsink unit. So, they added a nice adjustable air duct that allows the heatsink fan to draw its air from outside the case. This will be great for standard-sized heatsinks, but if you have a monster CPU heatsink you may have to modify this contraption for your needs. 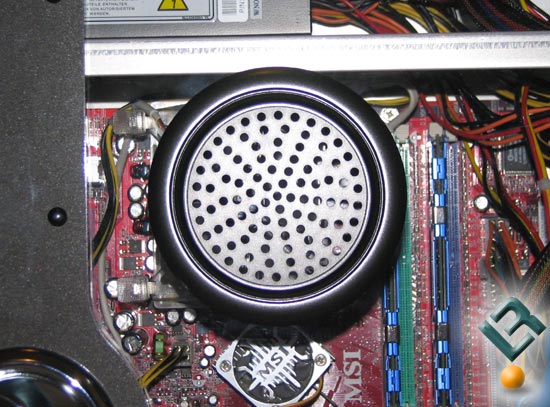 Each motherboard is a little different, but with my MSI Neo2-FIS2R motherboard installed, the ductwork is just barely off-center. I do not think this will be a problem though, because it is still center enough to be effective.