It is clear that the HCP-1000 Platinum is a
premium product, designed by Antec to please the craving needs of the most
hardcore enthusiasts. As it is these products which define much of a company’s
reputation, Antec apparently left nothing to chance and approached one of the
most capable OEMs, Delta Electronics.

The power supplies from Antec usually are
visually unpretentious and the HCP-1000, even though it is a fully modular
power supply designed for hardcore enthusiasts, is not much of an exception.
Antec certainly made some effort to enhance the aesthetics of the HCP-1000;
however, their cosmetic augmentations were limited to a very good paint job, a
unique fan grill and a lot of stickers, the latter of which is most likely more
of a negative point than a positive one.

Even though the appearance of the HCP-1000 is
not very special, there is much more to this power supply than what meets the
eye. When it comes to quality, the HCP-1000 is remarkably close to perfection.
Down to the smallest capacitor and transistor, Antec went with some of the
highest quality parts we have ever seen inside a consumer power supply. Combine
that with an OEM reputable for being among the best manufacturers on the planet
and the result is a product that “immaculate” is not enough of a word
to describe. Antec retails this product with a 7 year old warranty and the
reason is very clear. 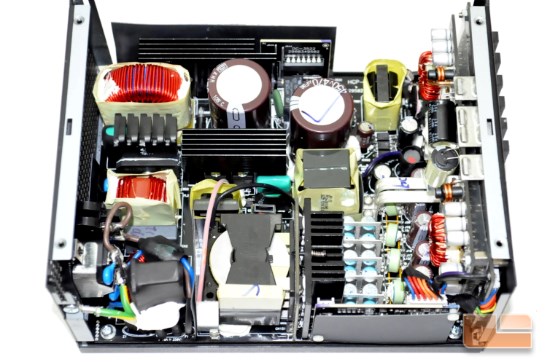 The HCP-1000 bears the 80Plus Platinum
certification and therefore the very high efficiency is taken for granted;
however, enthusiasts care about more than just the electrical efficiency of a
power supply, which is not always an indicative figure of a PSU’s overall
performance. Aside from the very high electrical efficiency however, this power
supply delivered exceptional results in most of our tests. With such a ripple
suppression and thermal performance, the HCP-1000 has little to fear from competition.
Acoustics do spoil the otherwise textbook performance of the HCP-1000, which
power supply remains relatively quiet up to 60% capacity.

Value a relative term and depends on both the
budget and the requirements of the user. The Antec HCP-1000 has been primarily
designed to please hardcore enthusiasts in terms of performance and quality. As
Delta is an expensive OEM, Antec had to hold back on aesthetic enhancements in
order to retain competitiveness against other manufacturers; still, the
HCP-1000 is a fully modular unit, the appearance of which ought to be
satisfactory for the largest percentage of users. The Antec HCP-1000 can be
found retailing from $238.28, a fair price for an 80Plus
Platinum certified 1kW power supply capable of such performance figures and
backed up with a 7 year long warranty. 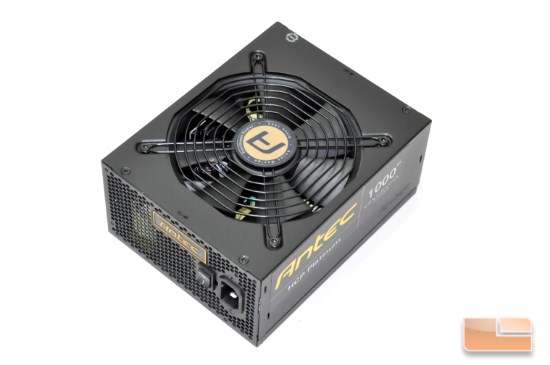 Legit Bottom Line: The Antec HCP-1000 power
supply is highly recommended for hardcore enthusiasts and crazed overclockers who
are after the best possible quality and performance, while aesthetics and acoustics
are secondary objectives. Competing products of the Antec HCP-1000 in terms of ripple suppression and quality can be counted on one hand, so there aren’t too many power supplies like this one!