We wanted to see how the AMD Ryzen 7 2700 processor could overclock manually overclocking all the CPU cores on the AMD Wraith Prism CPU cooler. We are happy to report that we were able to get 4100 MHz on all cores by increasing the CPU multiplier up to 41x and by pushing the CPU Core Voltage up to 1.35V with default LLC levels. 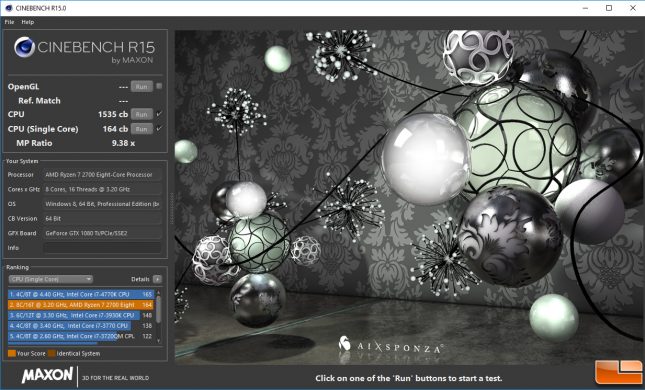 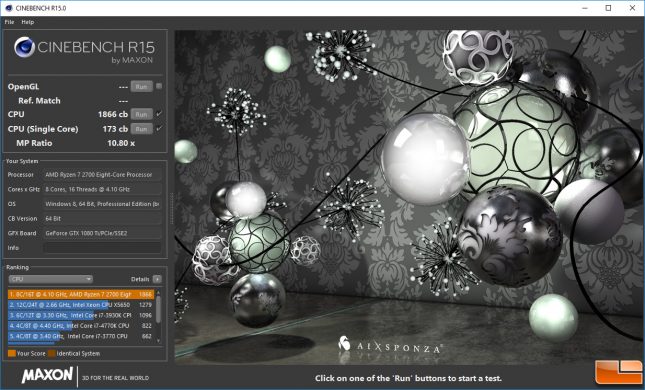 Before the overclock our stock AMD Ryzen 7 2700 processor scored 1535 on the Cinebench R15 multi-CPU benchmark test and 164 points on the single core test. After overclocking all the cores to a fixed 4.1 GHz our scores went up to 1866 on the multi-CPU benchmark, which is a 21.5% performance improvement over stock CPU speeds. Single core performance went from 164 to 173, which is an increase of 5.5%. The 3.2GHz base clock on this processor and no XFR 2 really keeps the clock speeds down when using multi-threaded applications, so manually overclocking it will drastically increase performance in that area. We are happy with these numbers are we used the AMD Wraith Prism HSF and not water cooling!

We took a look at clock speeds when running the Cinebench R15 multi-CPU benchmark test and discovered all eight cores were running at 3.34 GHz when everything is stock, so manually overclocking the cores to 4.09 GHz is an increase of 22.5%. This is why we saw such a large performance increase! 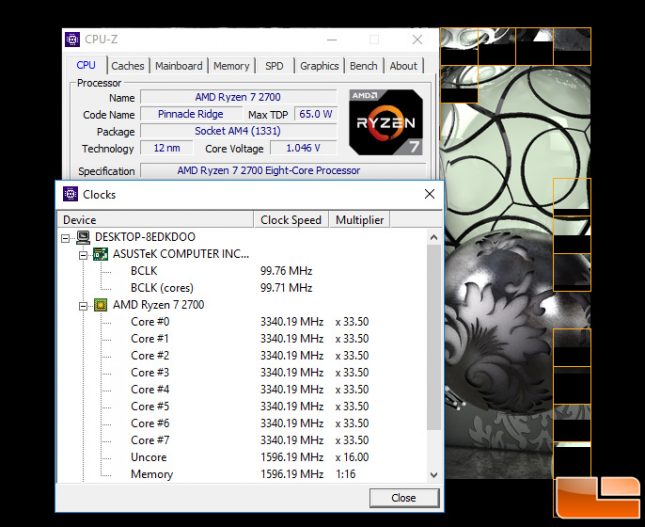 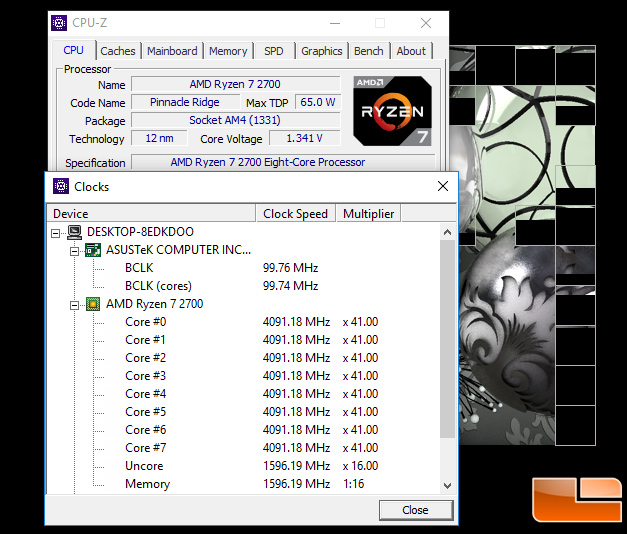 Power draw when the Ryzen 7 2700 is overclocked up to 4.1GHz on all cores is substantial though. At stock clocks and voltages, which is 1.167V CPU Core Voltage on our board had us using 134 Watts on the CPU Multi Core test. When overclocked to 4.1GHz the power consumption of the platform increases significantly as you need to run more CPU Core Voltage. On our particular processor we had to increase the voltage to 1.35V to have full stability. We could get run some benchmarks at 1.30V, but many heavily threaded applications would lock up the system. When running the Cinebench R15 CPU Multi Core benchmark we were using 134 Watts at stock speeds. With the system overclocked up to 4.1GHz at 1.35V on the CPU core voltage that number jumped up to 232 Watts, so power consumption went up over 73% due to the overclock. If you run 4.1GHz at say 1.50V the platform power draw jumps up to 303 Watts, so if you plan on overclocking make sure you don’t just throw a ton of voltage at the Ryzen 7 2700 as it might not need it and you’ll be using a ton of power. 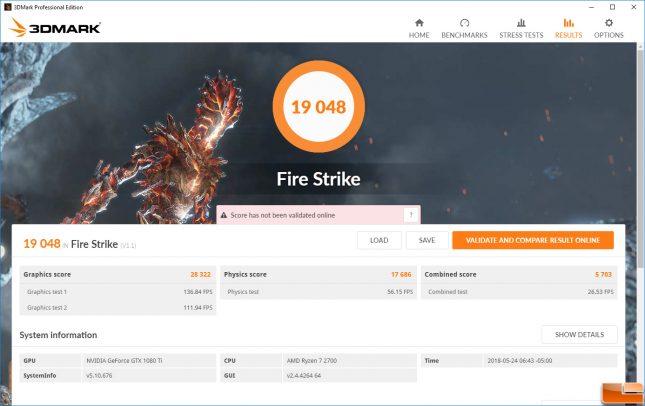 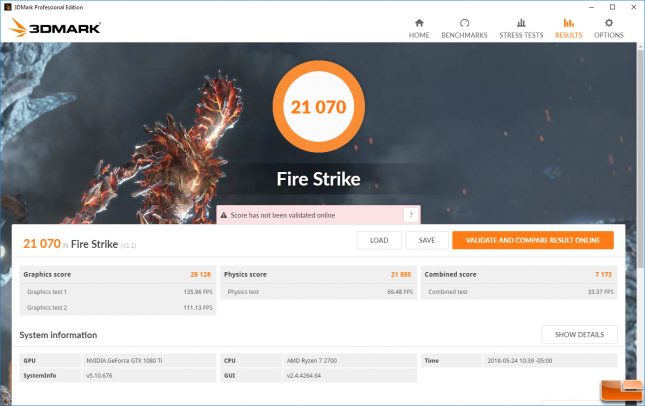 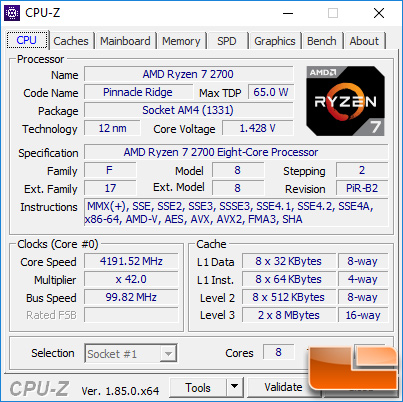 We could get 4200 MHz with the 42x CPU multiplier at 1.45V set on the CPU VCore up and running, but Cinebench would lock up with those settings on the ASUS ROG Crosshair VII Hero Wi-Fi X470 motherboard. We bumped up the voltage to 1.50V and then 1.51V and it was still unstable, so we called it quits here as we were on an air cooler. If you want to run 1.5V on the processor on a 24/7 basis we suggest investing in a water cooler.