HandBrake is an open-source, GPL-licensed, multiplatform, multithreaded video transcoder, available for MacOS X, Linux and Windows. It is popular today as it allows you to transcode multiple input video formats to h.264 output format and is highly multithreaded. We used Big Buck Bunny as our input file, which has become one of the world standards for video benchmarks. 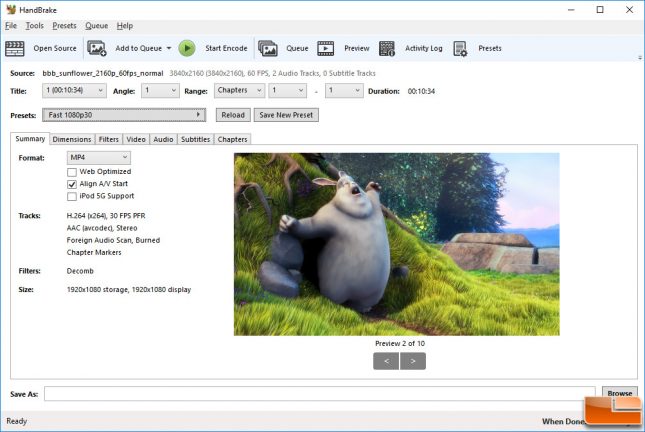 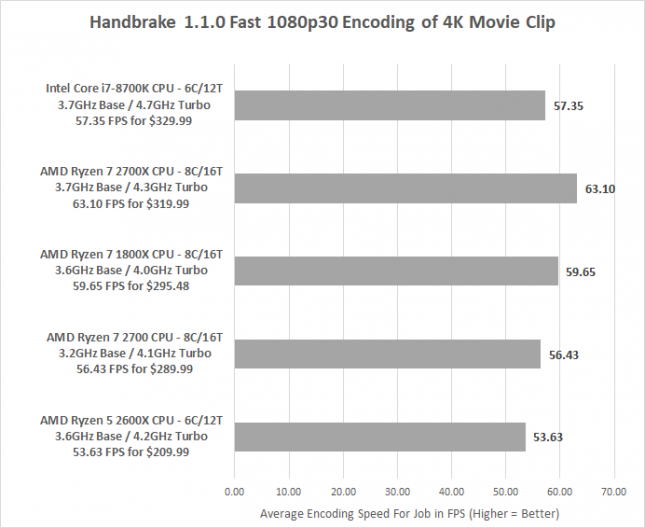 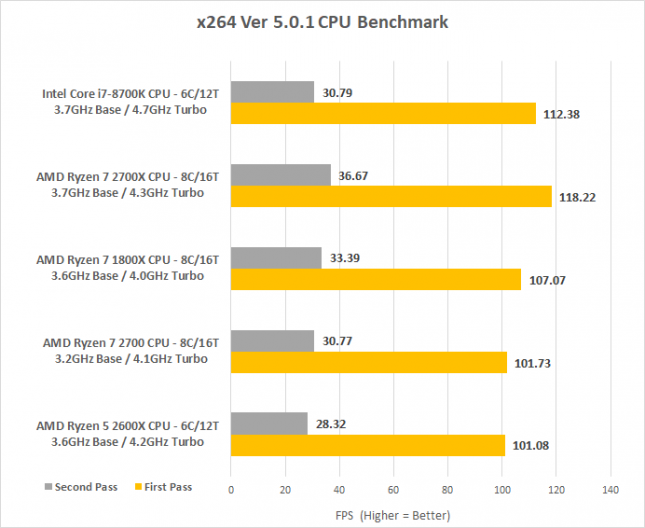 Media Encoding Benchmark Results Summary: The AMD Ryzen 7 2700 came in with a second pass average of nearly 31 FPS, which father behind the 2700X’s score of nearly 37 FPS. Some pretty big performance gaps here on the two 8-core processors due to the large differences in clock speeds. 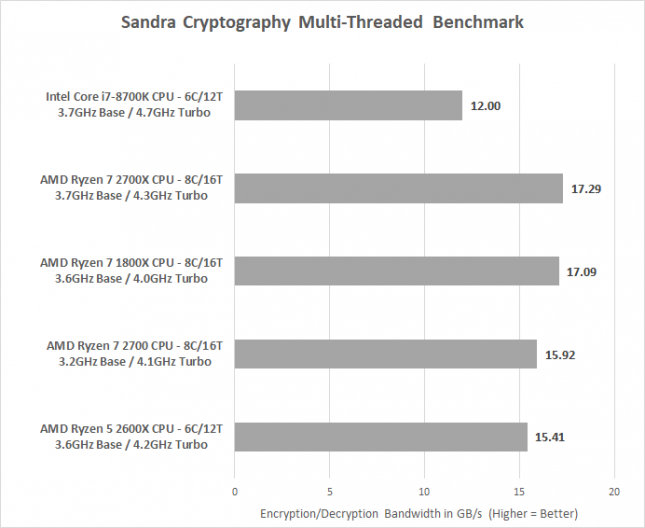 Encryption Benchmark Results Summary: If encryption is something you do, you’ll find having more cores and threads to be very beneficial as you can see from the results above. The AMD Ryzen 7 2700 performed slightly behind the 1800X and ahead of the 2600X as one might expect by this point.