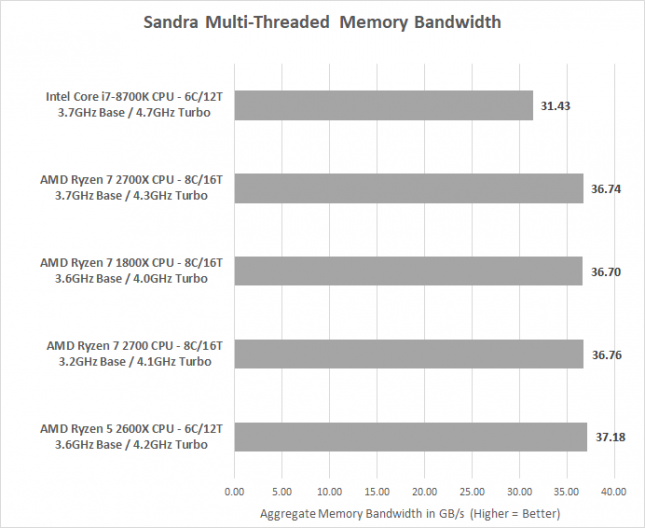 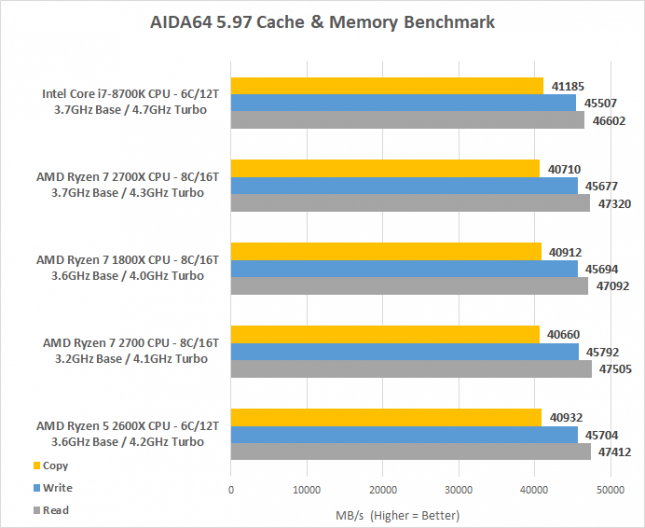 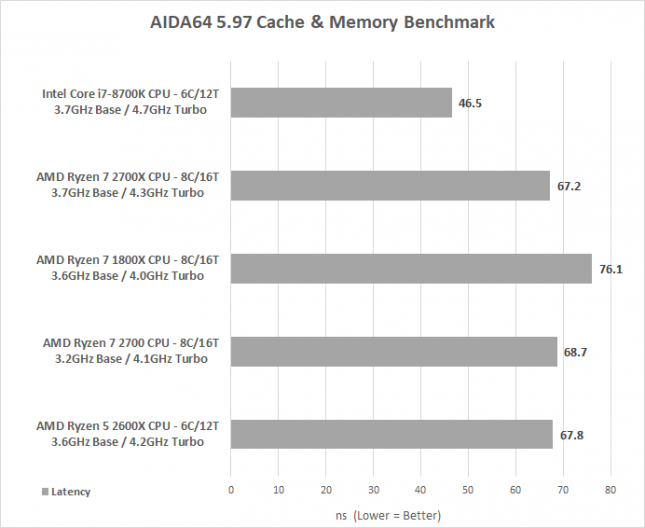 Memory Bandwidth Results Summary: The AMD Ryzen 5/7 2000 series processors processors have basically the same same memory bandwidth performance, which makes sense as they are using the same core architecture and tested on the same platform.