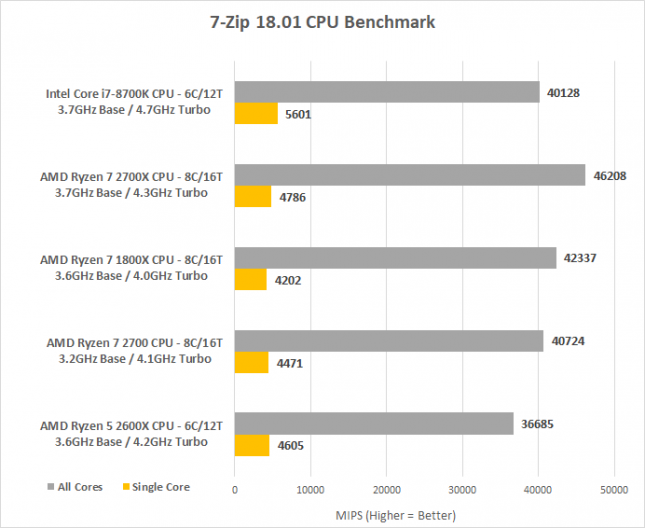 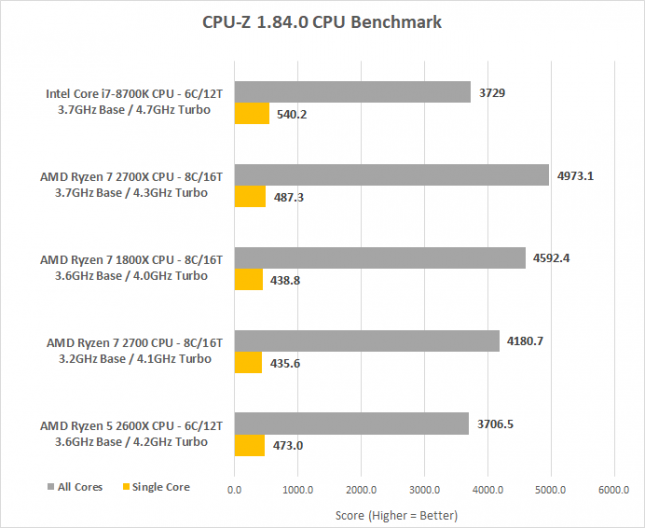 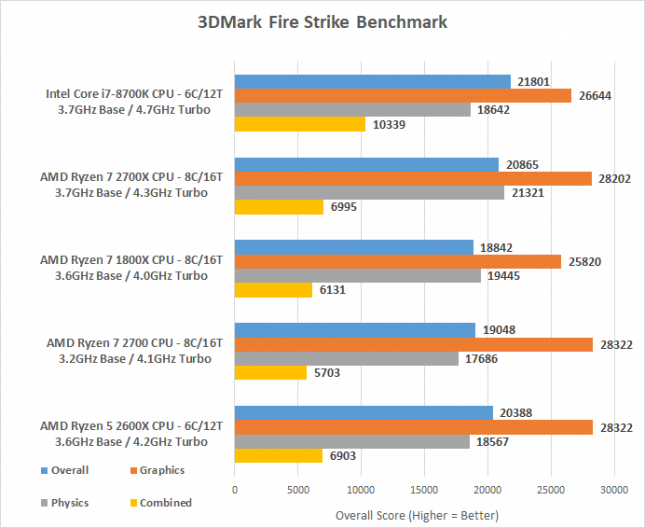 Fire Strike Benchmarks Results Summary: When it comes to 3DMark Fire Strike we found the overall score on the AMD Ryzen 7 2700 was 19,048 3DMarks and that puts it just ahead of the AMD Ryzen 1800X. 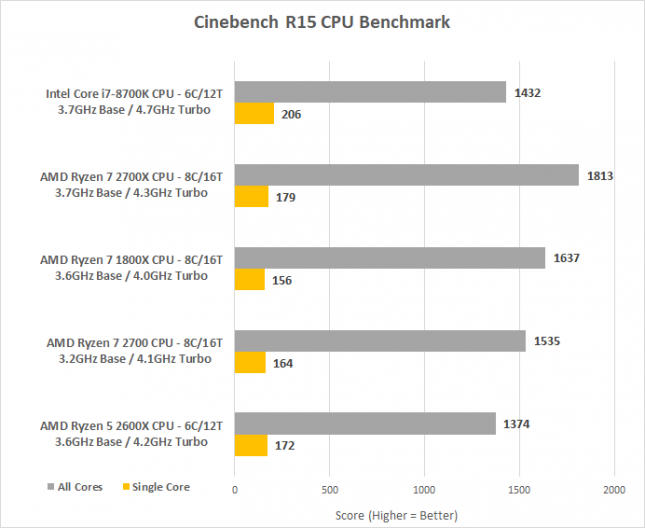 Cinebench Benchmarks Results Summary: The flagship Ryzen 7 2700X 8-core, 16-thread CPU has a Cinebench score 1813 points on the multi-CPU test and 179 on the single-cpu test whereas the more affordable Ryzen 7 2700 8-core, 16-thread processor came in at 1535 points and 164 points, respectively. Lacking AMD XFR 2 technology hurts as does the lower clock speeds!