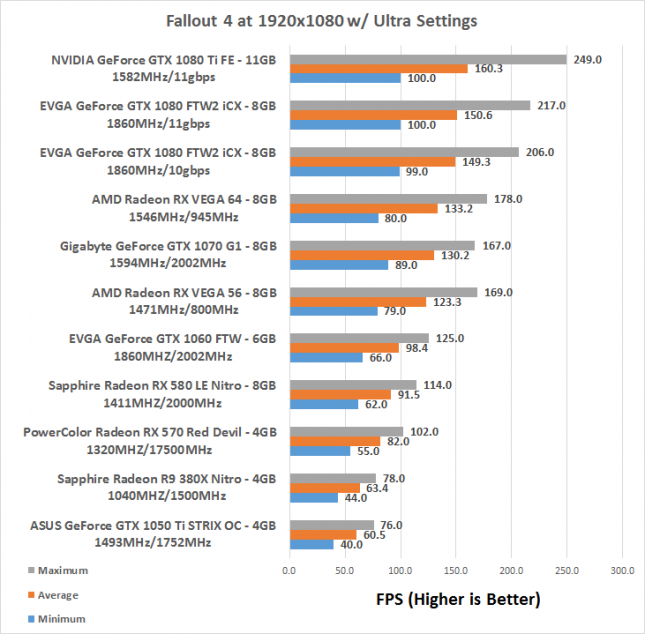 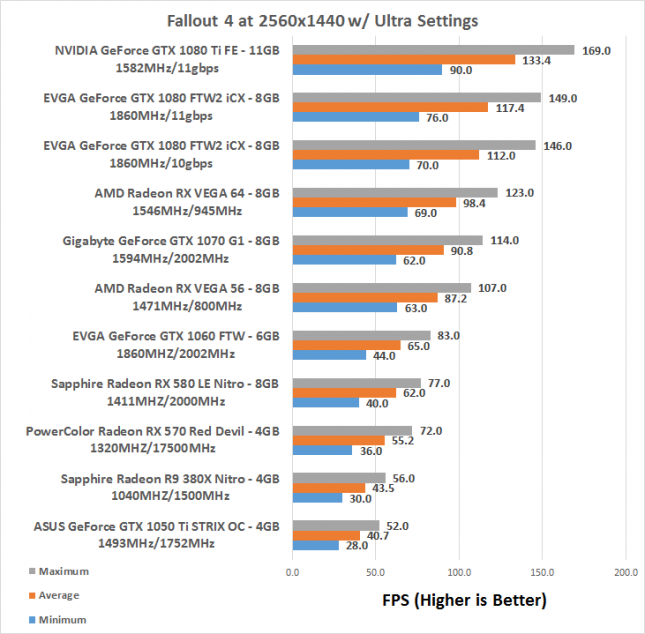 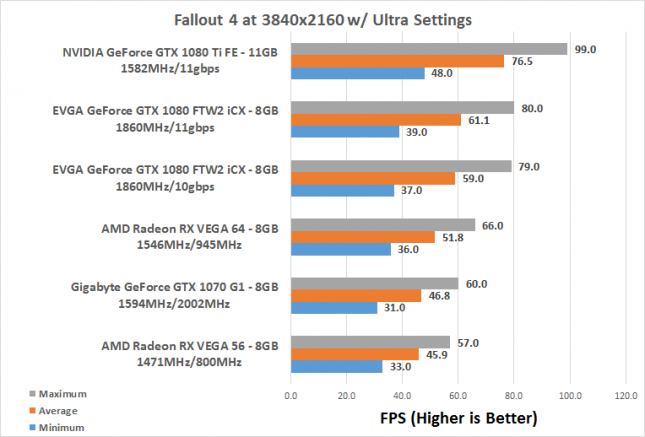 Benchmark Results: For the third game title in a row the GeForce GTX 1070 comes out ahead of the AMD Radeon RX Vega 64, but by only 1-7 FPS on average.