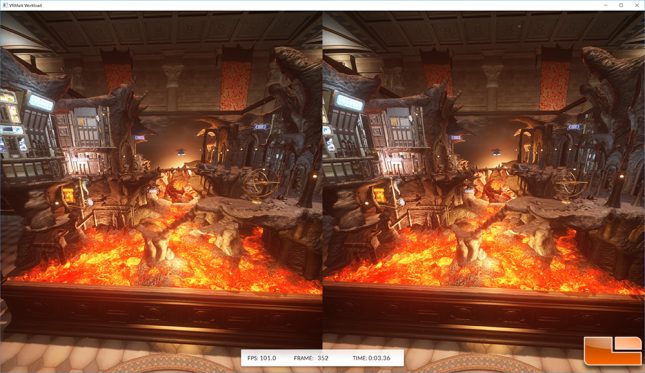 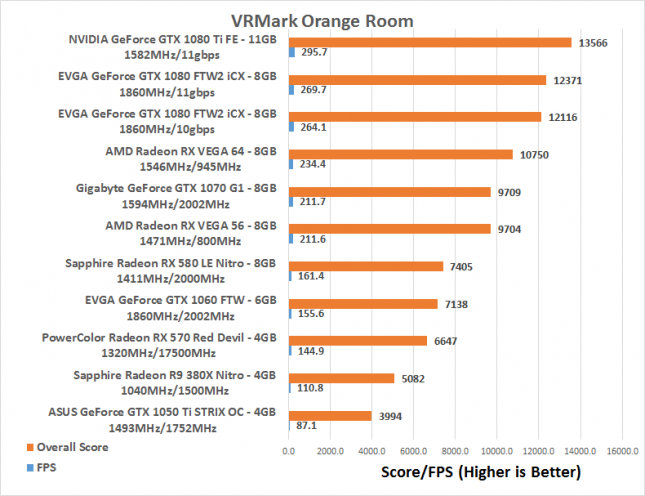 Benchmark Results: The AMD Radeon RX VEGA 56 and Gigabyte GeForce GTX 1070 were basically tied here in the VRMark Orange room. Sure, the Gigabyte card came out on top, but there was just a tenth of a second difference between the two cards frame rates at over 200 FPS.  The goal in this benchmark is to get 109 FPS as that is the number deemed ‘needed’ for VR gaming. These two cards easily cover that! 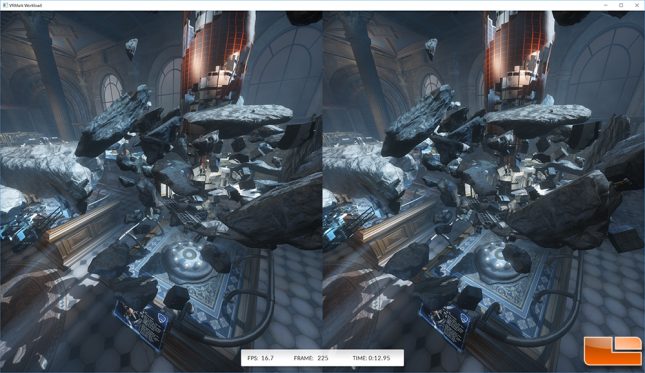 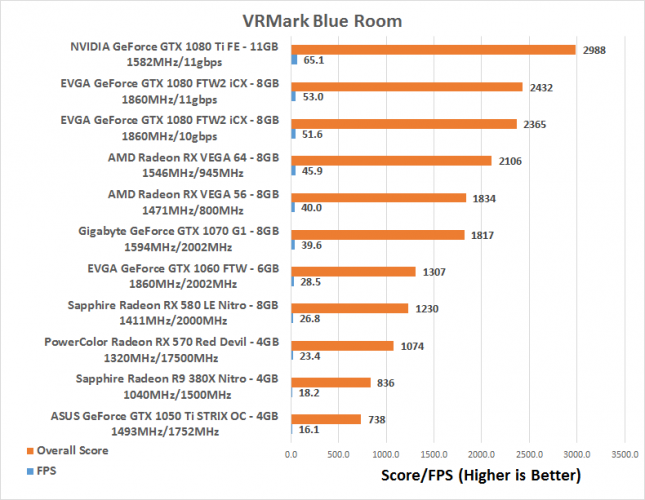 Benchmark Results: The VRMark Blue Room is much tougher on GPUs, but even here the two cards perform close to the same with the Vega 56 leading by 0.4 FPS.