The AMD Radeon R7 265 might not be that interesting in the fact that it uses the Pitcarin GPU that has been around since March 2012, but it does better performance to gamers at the $149 price point and that is what is important. If you have $149 to spend on a graphics card the AMD Radeon R7 265 2GB currently appears to be the best bang for the buck. The performance is solid, the efficiency is acceptable (150W TDP), but it is missing support for AMD TrueAudio. Most systems can easily support a 150 Watt graphics card, so this should be able to be dropped into an older system without needing to upgrade the power supply.

We feel that the AMD Radeon R7 265 should be part of the AMD Never Settle Forever game bundle promotion, but sadly AMD isn’t going to be making this particular sku part of it for the time being. The AMD Radeon R7 260X at $119 qualifies, but the AMD Radeon R7 265 at $149 does not. Makes sense right? If you purchase one a qualifying AMD Radeon R7 260X at a participating retailer you’ll be eligible Radeon Silver Reward, which means you get to pick two free game titles. Right now those games include Dirt 3, Dues Ex (the original), Sleeping Dogs, Hitman Absolution and Thief (Due to release Feb 25th, 2014. Some of these game titles are getting old, but if you don’t have a couple it does help one justify buying a new graphics card easier since you get some games with the purchase.

When it comes to performance the Sapphire Dual-X R7 265 2GB OC was found to be a solid graphics mainstream graphics card. We tested this card only at a screen resolution of 1920 x 1080 and found that it easily played every single game we threw at it. Some of the benchmarks we ran were a little too aggressive as we plan on running higher-end cards in the future and still want to be able to use these numbers. In games like Metro: Last Light we enabled 2x SSAA for benchmarking and got 27 FPS on average. If we lowered SSAA to 0.5x the average FPS was up over 50FPS, so changing just one setting by one level has a drastic change to real world gameplay. The Sapphire Dual-X R7 265 2GB is best suited for 1080P gaming and we were amazed by how well a $149 graphics card performs on big title tier 1 PC games that are graphics intensive.

It is hard to believe that the AMD Radeon HD 7870 GHz Edition card was released in 2012 for $349 and that today you can get a slightly reduced version of the same core in the AMD Radeon R7 265 for $149. We have a feeling this will be the last rebadging of the Pircarin GPU. 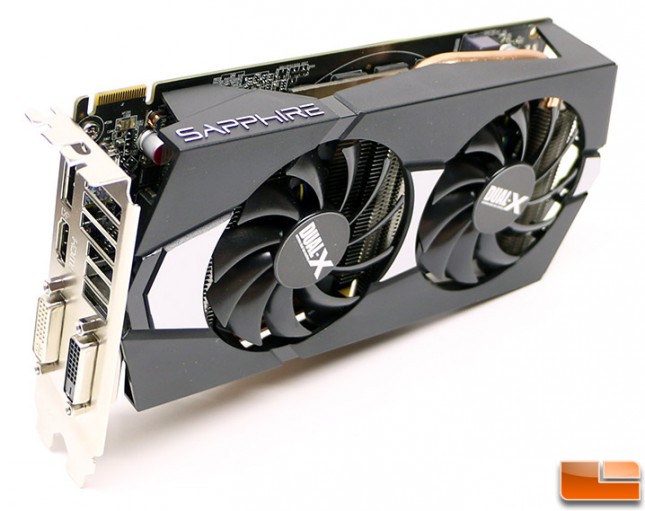 At the end of the day the AMD Radeon R7 265 doesn’t bring anything new to the table, but it brings more performance to the $149 price point. The move to bring this card out was clearly to be competitive with NVIDIA’s upcoming GeForce GTX 750 and GeForce GTX 750 Ti graphics cards that are based on the new and unseen Maxwell architecture. Will NVIDIA hit a home run with Maxwell? We’ll find out soon enough, but for now the AMD Radeon R7 265 is easily recommended for the price versus performance value that it offers. This GPU has also been around since 2012 and that means mature stable drivers are out!

Legit Bottom Line: The AMD Radeon R7 265 2GB brings more performance to the table for $149 and should be of interest to gamers running a single 1920 x 1080 display.