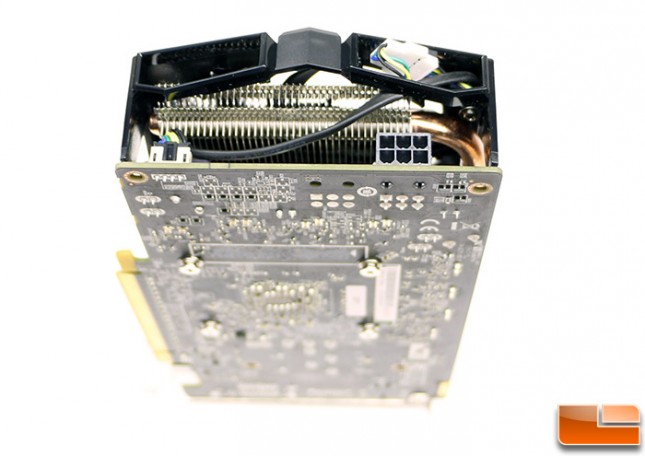 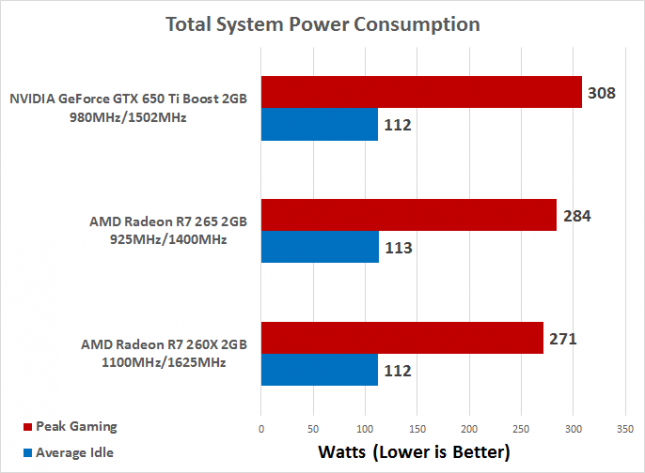 Power Consumption Results: The entire platform with the Sapphire Dual-X R7 265 OC installed was consuming 113 Watts at idle and hit a maximum of 284 Watts when gaming. These are pretty good power numbers and are about what we expected to see from a card that is said to have a typical board power rating of around a 150 Watts. The NVIDIA GeForce GTX 650 Ti w/ BOOST used about the same power at idle and 24 Watts more power at load and the AMD Radeon R7 260X 2GB was the same at load and 13 Watts lower at load. Usually ~20 Watt differences aren’t enough to sway people one way or the other, so it is all pretty close!