How well does the AMD Radeon R7 265 overclock? We were wondering the same thing, so we’ll be taking a look at overclocking the Sapphire Radeon R7 265 2GB Dual-X video card with AMD OverDrive. 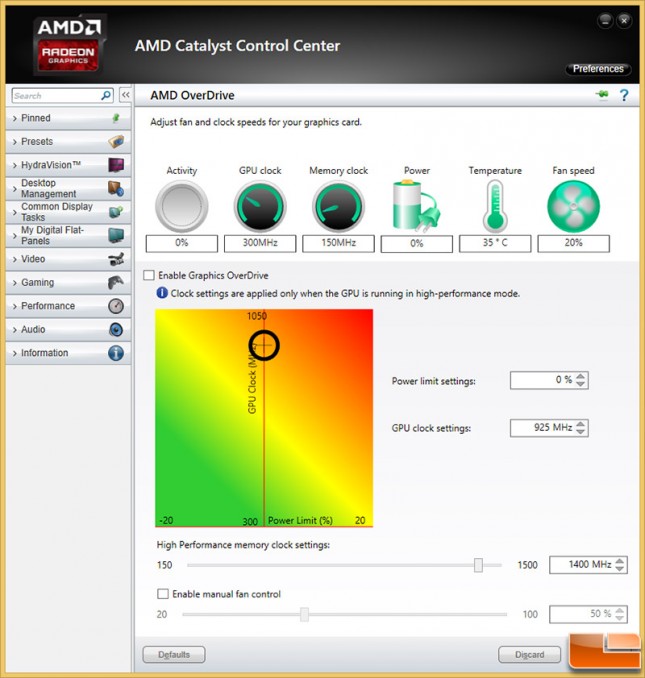 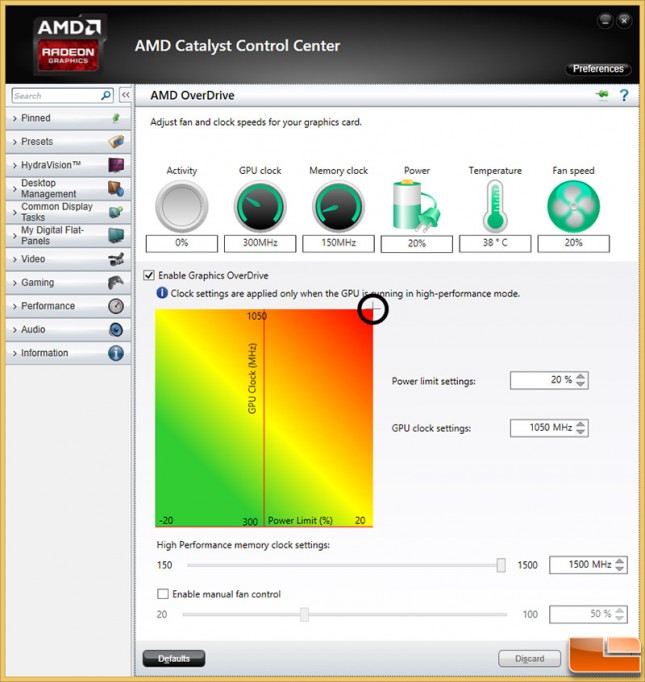 We had no problems maxing both the GPU and memory sliders out on the Sapphire Radeon R7 265 2GB video card and were able to increase the power control setting to the highest possible setting of 20% as well.

The Sapphire Dual-X R7 265 OC comes clocked at 925MHz on the core and 1400MHz on the memory. With these stock clock frequencies we were able to get a score of 4690 3DMarks in the Fire Strike performance test.

We topped out AMD OverDrive at 1050MHz on the core and 1500MHz on the memory with full stability. These higher clock speeds helped to improve our 3DMark Fire Strike score to 5226 3DMarks, which is an improvement of 536 points or 11.4%. Overclocking the AMD Radeon R7 265 proved to be similar to that of the AMD Radeon R9 270 as they both share the Pitcarin GPU. We could have overclocked this card even farther with the Sapphire TRiXX overclocking tool, but didn’t see the point as this is basically just a re-flashed Radeon R9 270. We aren’t sure if the retail AMD Radeon R7 265 cards will be just reflashed cards that can be unlocked or have things fused off at the factory.