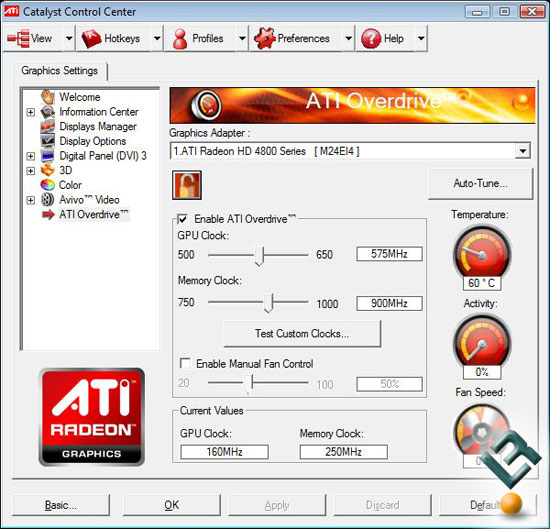 To overclock the reference Radeon HD 4830 graphics card, I used ATI Overdrive that is part of the CATALYST Control Center. When you ‘unlock’ the ATI Overdrive, you can manually set the clock and memory settings or let the ‘auto-tune’ utility set the frequencies for you. Just for fun, I tried out the auto-tune feature to see if it could really find a stable clock configuration and it worked in just a few minutes and did not lock up the system. Before I dive deeper into overclocking I wanted to point out that at idle the GPU core clock runs at 160MHz and the memory runs at just 250MHz in order to save power. Also notice in the new CATALYST 8.10 drivers you can adjust the fan speed control manually, which is an awesome feature that AMD needed long ago. 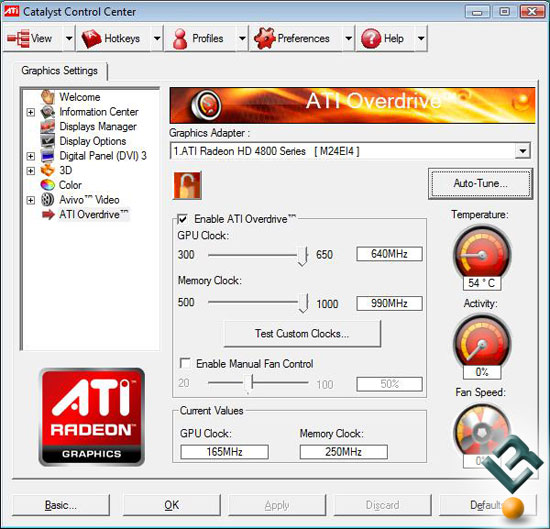 To test out the overclock I fired up 3DMark Vantage again and this time got a score of X2551. The score went up 302 points, which was an improvement of 13.4%! 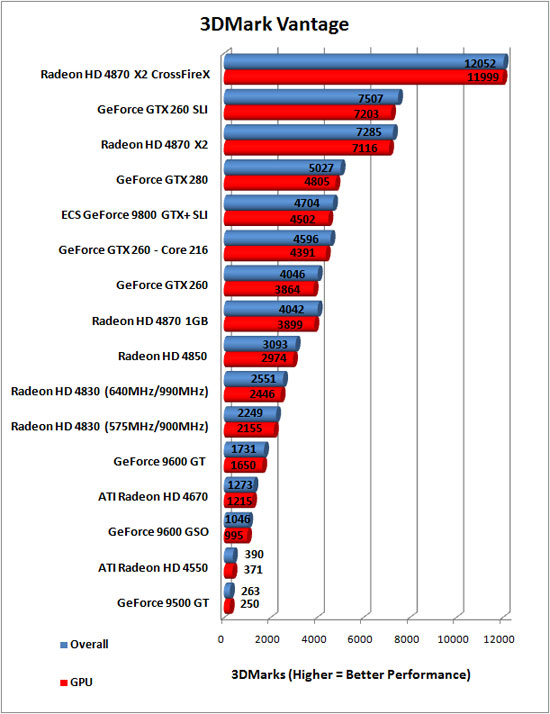 In case you forgot what the stock score was I tossed it into the performance chart with the other cards to give you an idea on how it stacks up to the competition with the overclock.