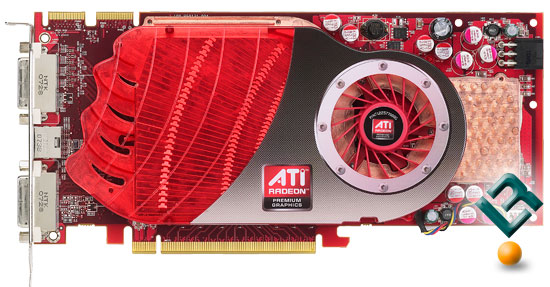 AMD has been pretty aggressive in the video card market lately and with the success of the Radeon HD 4800 series who could blame them. Today AMD is announcing the ATI Radeon HD 4830 graphics card, which looks like the Radeon HD 4850 at first glance. It would be easy to confuse the two cards as they use similar printed circuit boards and both use 512MB of GDDR3 for the frame buffer. What is the difference then? The Radeon HD 4830 has lower clock speeds across the board in conjunction with 160 fewer stream processors and eight fewer texture units than the Radeon HD 4850. With less features comes a lower price tag and at $129 the Radeon HD 4830 can still offer great performance for the price being paid. 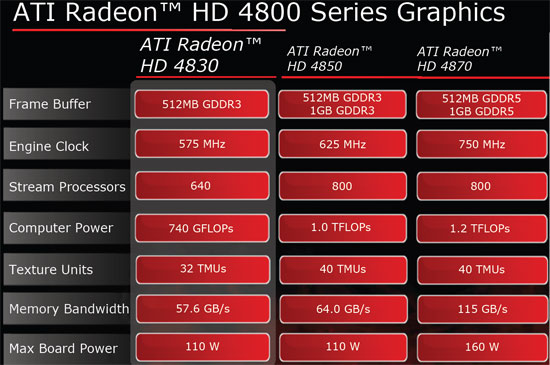 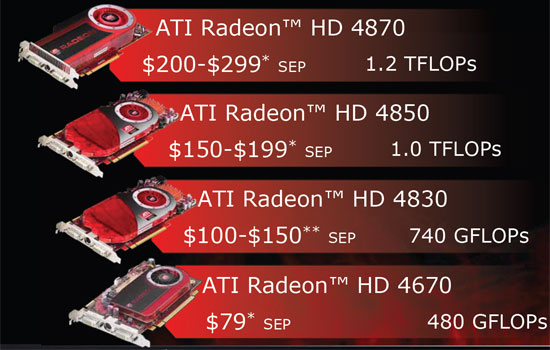 AMD has a very nice product stack in the market now with mainstream gaming graphics cards from the $79 price point all the way up to the $300 mark for those looking to spend a little more for performance. The Radeon HD 4830 is set for the $100-$150 price point, which makes it direct competition to the GeForce 9800 GT graphics card from NVIDIA. Now that we have a basic understanding of the specifications, let’s take a closer look at the card itself.