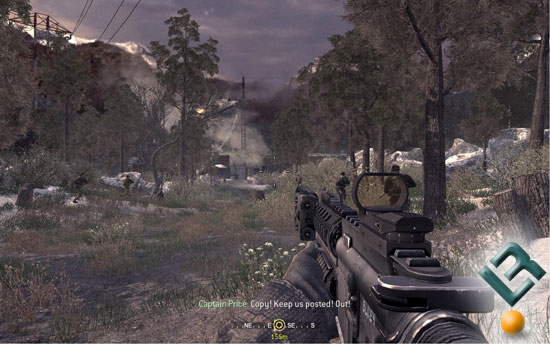 Call of Duty 4: Modern Warfare is a first-person shooter developed by Infinity Ward and published by Activision for Xbox 360, Playstation 3 and PC. It is the fourth installment in the Call of Duty video game series. It was announced on April 25, 2007 and was released on November 6, 2007 in North America. The single player game can be completed in well under seven hours, but the graphics are awesome. 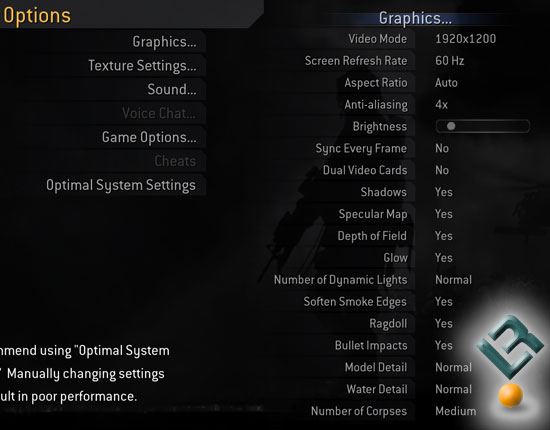 Call of Duty 4: Modern Warfare runs on a proprietary graphics engine, and has features such as true world-dynamic lighting, HDR lighting effects, dynamic shadows and depth-of-field. “Bullet Penetration” is calculated by the engine, taking into account things such as surface type and entity thickness. Certain objects, such as cars, and some buildings are destructible. This makes distinguishing cover from concealment important, as meager protection such as wooden fences, thin walls and such no longer provide sufficient protection. The bullet’s speed and stopping power are decreased after penetrating an object, and this decrease is calculated realistically depending on the thickness and surface of the object penetrated. The game also makes use of a physics engine, which was not implemented in previous Call of Duty titles for the PC. Death Animations are a combination of pre-set animations and ragdoll physics. Some mistook the game’s graphics to be DirectX 10 based, but it is stated that the graphics use DirectX 9. 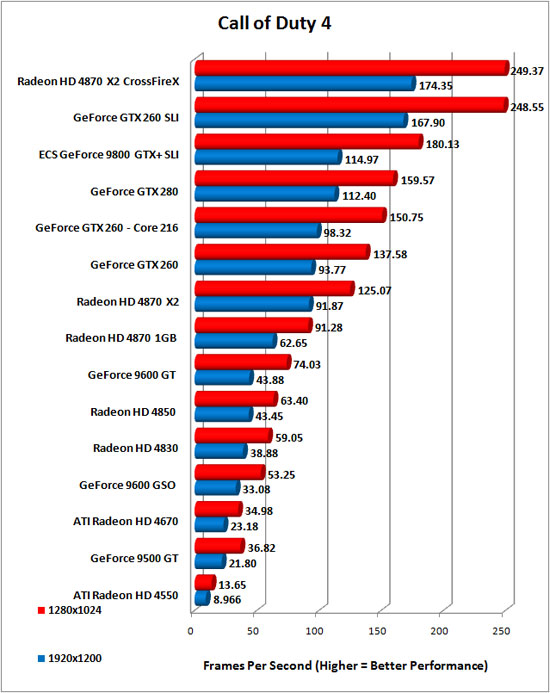 Results: Call of Duty 4 with the graphics cranked up to 4xAA and the highest AF setting is tough on graphics cards, but the Radeon HD 4830 scored some solid runs here. At 1280×1024 the performance was close to 60FPS, which was easily smooth enough to play the whole game through.