CINEBENCH is the free benchmarking tool for Windows and Mac OS based on the powerful 3D software CINEMA 4D. Consequently, the results of tests conducted using CINEBENCH 9.5 carry significant weight when analyzing a computer?s performance in everyday use. Especially a system?s CPU and the OpenGL capabilities of its graphics card are put through their paces (even multiprocessor systems with up to 16 dedicated CPUs or processor cores). During the testing procedure, all relevant data is ascertained with which the performance of different computers can subsequently be compared, regardless of operating system. Again, higher Frames/Second and lower rendering time in seconds equal better performance. 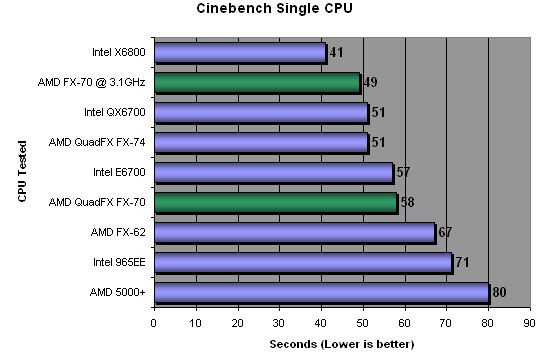 Here in Cinebench 9.5 we see the AMD QuadFX FX-70 system hold it’s own and when overclocked it did very well. 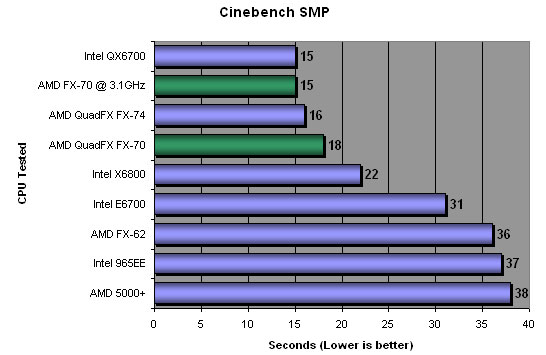 Our SMP Cinebench results show Intel QX6700 and  the overclocked AMD QuadFX FX-70 finish at the same exact time. Not bad as this benchmark loves all the cores that it can run.