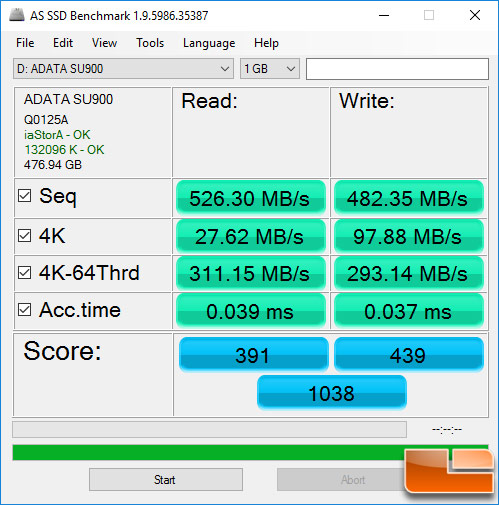 Benchmark Results: AS SSD showed the ADATA SU900 Ultimate 512GB drive had an overall score of 1,038 points with sequential read speeds of 526 MB/s and 482 MB/s write. 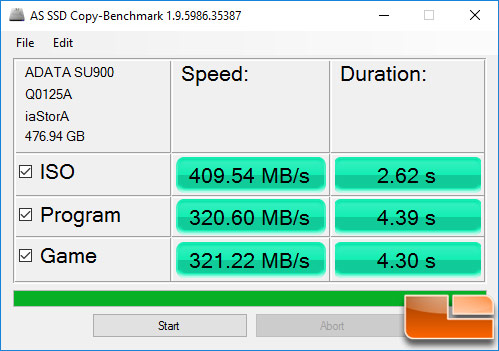 Benchmark Results: The copy benchmark test results were on par with what one expects from a SATA III SSD with speeds ranging from 321 MB/s in the program and game tests to 410 MB/s in the ISO benchmark. 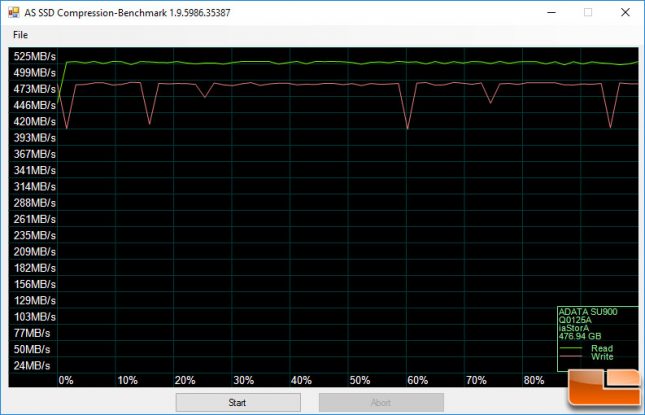 Benchmark Results: For this benchmark chart you would ideally want to see a straight line as you dont want any compression performance loss as the test goes from 0% compressible to 100% compressible data during the benchmark test period. The ADATA SU900 Ultimate 512GB SSD did okay in the read test, but had a few dips here and there in the write test.