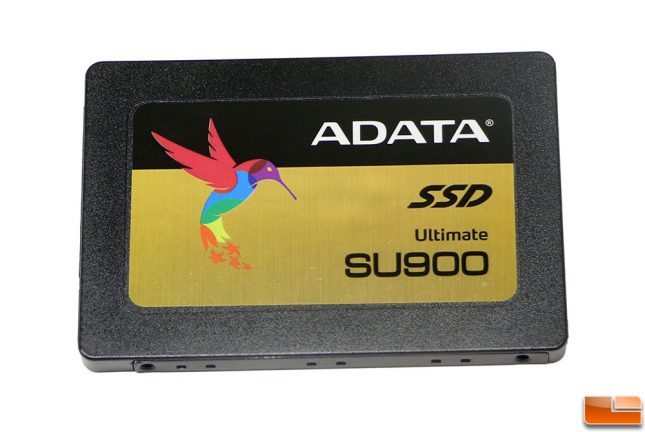 Let’s take a look at the ADATA SU900 Ultimate 512GB drive to see how it handles sustained write scenarios with the 3D MLC NAND. 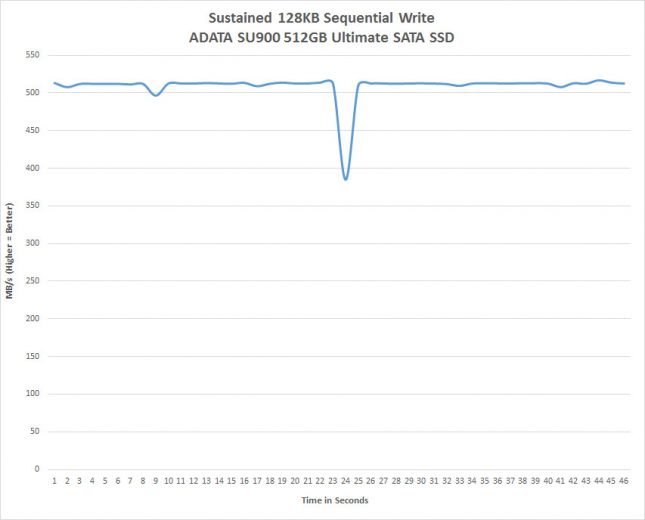 We secure erased the drive before running this test and found that the performance started out at around 513 MB/s and remained around that point for the remainder of this 45 second long test despite one performance drop that dropped the drives write performance down to 384 MB/s. 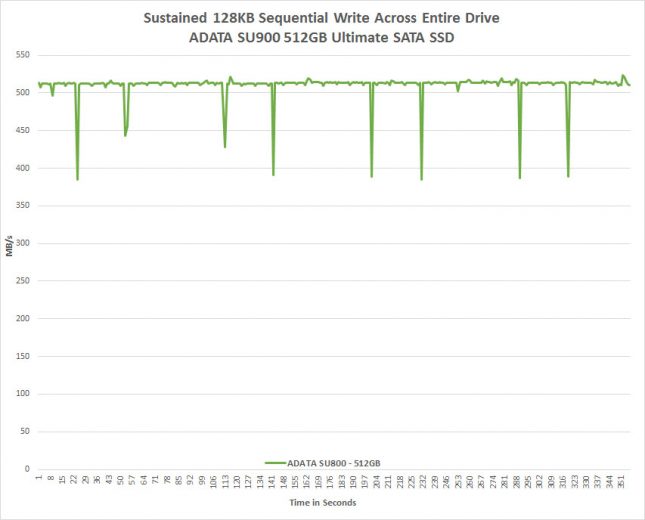 When you take a look at extended sustained write performance you can see that the drives cache did not fill up in our six minute test that wrote 182 GB of data to the drive and that is very impressive and most people won’t be writing that must data to the drive without any breaks. 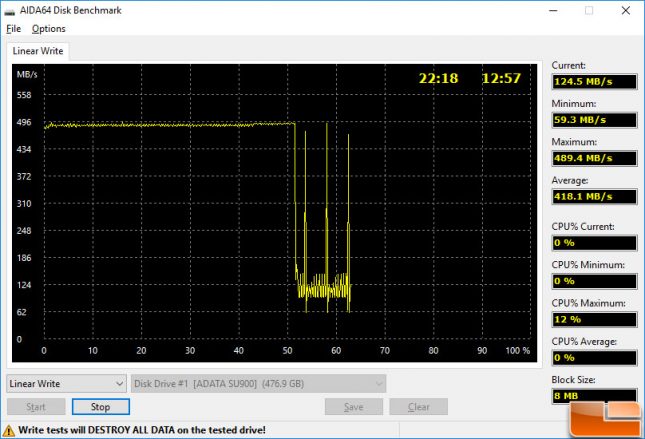 We’ve had some people as for ADATA linear write tests to be done, so we fired that utility up and found that with the standard 8MB block size that the write speeds topped out at 489 MB/s and once the drive was over half full we finally pounded on the drive hard enough to fill the cache and force the controller to write the data directly to the 3D MLC NAND Flash. Once you saturate the cache you’ll see the the sequential write performance drops down to around 125 MB/s on average, but the low spikes are under 60 MB/s. You’ll like never hit speeds this low though in real life as you have to pound on the drive non-stop for nearly twenty minutes at top speed to mimic a situation like this. If you constantly dump over 260GB of data at a time to your SSD this might matter, but for most it won’t and sustained write performance on this drive is solid.

A quick look at the drives temperatures showed that we were idling around 36-38C and then hitting just 41C at load, but when we stopped our load testing we noticed that the temperature spiked up to 57C. It appears when you load up this drive there might be a firmware glitch as the temperature doesn’t look like it was reading properly. You can see the results below with a 1 minute poling rate.

As you can no huge concerns, but pushing 60C on a SATA III SSD is getting a little toasty.