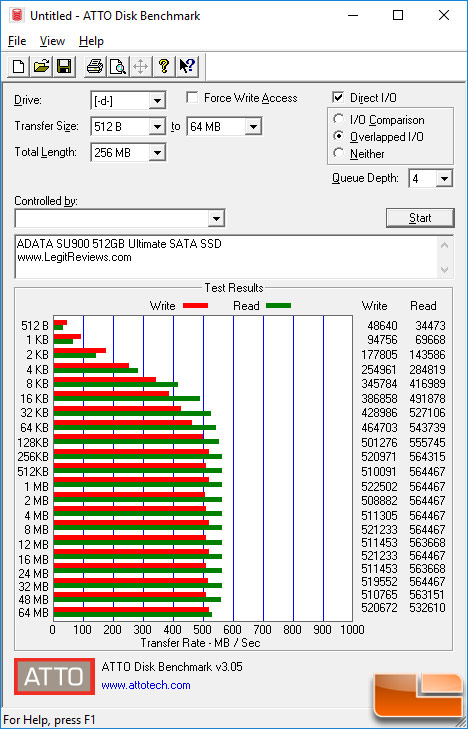 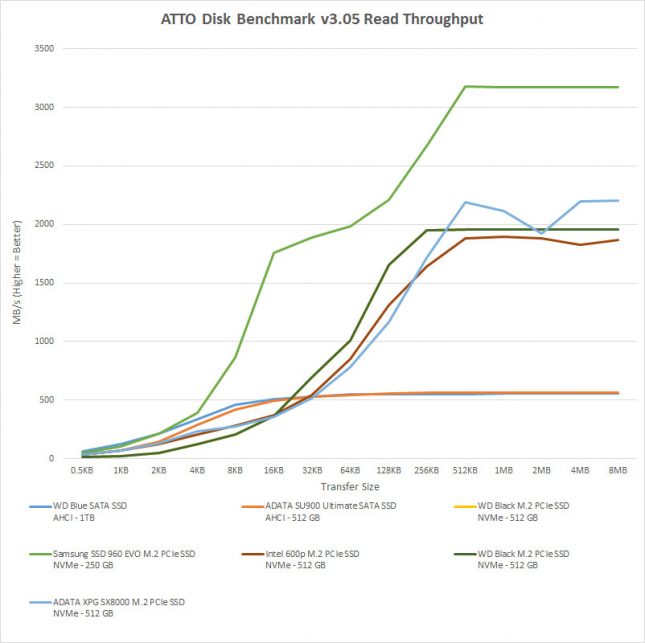 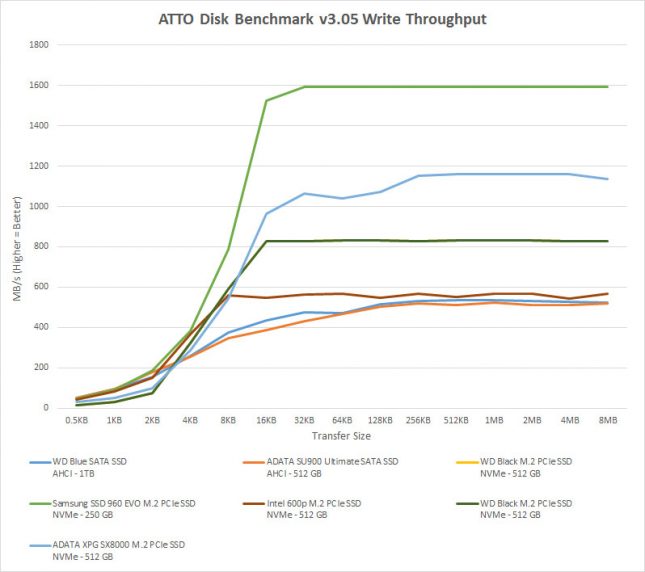 Benchmark Results: When comparing the ADATA SU900 SSD to some other SSDs that we selected to compare it against you can see that it pretty much mirrors the performance of the WD Blue SATA SSD with regards to sequential write performance.