The readout on CrystalDiskInfo 7.0.5 shows that the ADATA SU900 Ultimate series supports S.M.A.R.T., NCQ, TRIM and DevSleep. The drive we received had firmware version Q0125A installed and that is the version that we used for general testing and benchmarking. The drive we got from ADATA was pre-tested before it was sent to us with over 530 GB of host writes and over 3,060 GB of total NAND writes, so someone at ADATA pushed this drive pretty hard in the one hour that it was turned on. 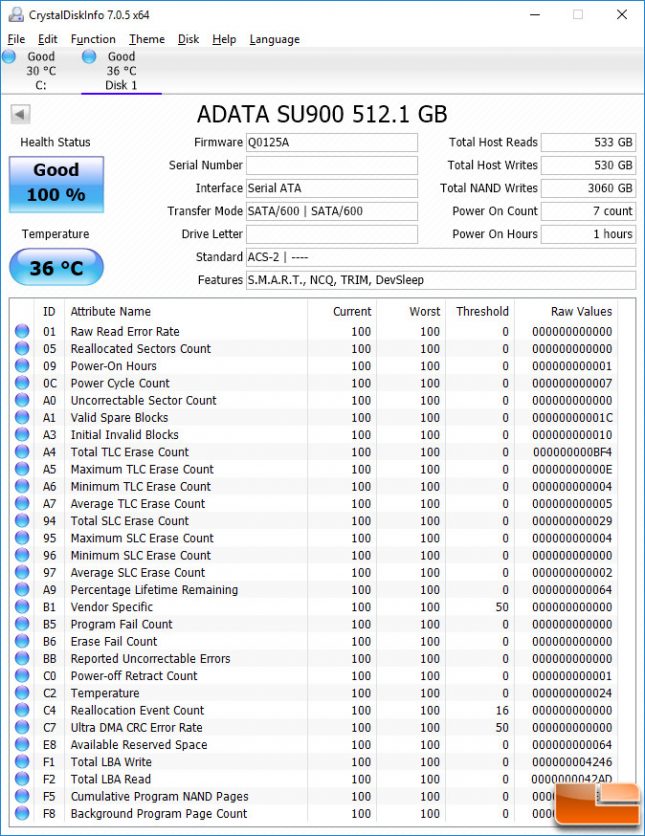 The overall capacity shows up as 476 GB on the ADATA SU900 Ultimate 512GB SATA III SSD in Windows 10 Anniversary Edition. 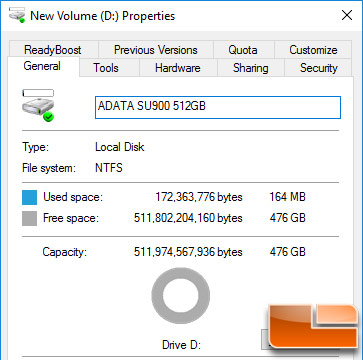 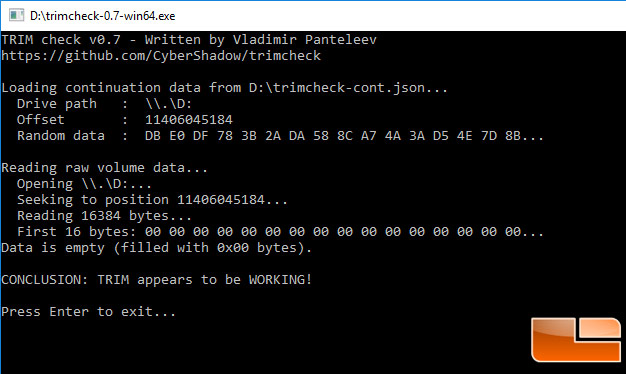 According to TRIMCheck v0.7 ,the ADATA SU900 Ultimate SSD series does execute the TRIM command correctly!