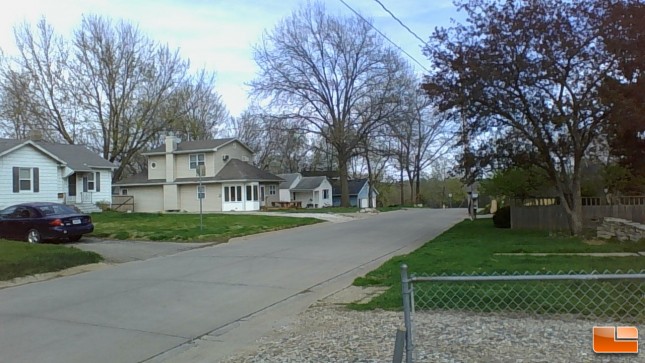 Taking the tablet outside and taking a few pictures of a street shows the camera does a decent job for being 2MP.  There is some overexposure from the sunlight on the clouds, the sky is bright blue while the grass is a dark green.  Would a higher MP camera be preferred?  Certainly, I would never debate a higher MP camera, but the 2MP is fine for Skyping, and taking random pictures.

Testing the Wireless performance can be impacted by multiple obstacles; the distance to the wireless router, quality of the incoming data connection.  In my test location, we have Mediacom Cable Broadband with 100Mbps download and 20Mbps upload.  We connected the ACER Switch to a Netgear Nighthawk R7000 router, the Atheros AR5BWB222 a 2×2 802.11 n WLAN/Bluetooth card supporting both 2.4Ghz and 5Ghz wireless connections.  Let’s take a look at how the 2.4Ghz band’s wireless performance is using SpeedTest.Net.

SpeedTest shows that the download speed is 52.65Mb/s, while the upload is being reported at 36.34Mb/s, faster than the Mediacom service.  For comparison, we connecting a desktop PC to the Nighthawk router, we received 103.65Mb/s download and 38.99Mb/s, not an unexpected difference in download speeds.

One thing that many people use tablet’s for is streaming content from the internet from sites such as Netflix, YouTube, Amazon and HuluPlus.    We wanted to see how the Switch 11 handles streaming content so we opened four browsers and watched some 1080p 60FPS video at full screen.  Happy to say that the Switch 11 handled the high def video streaming without any issues.  We were able to alt-tab between the four streams without any pausing or glitching.  Of course, your wireless connection plays a big part in this, and as you see from the wireless performance test, we have a good wireless connection.

To further check how it can handle video content, we proceeded with running two 1080p blu-ray MKV’s at full screen.  Once again, there were no issues handling any of the content we tossed at the Switch 11 (once the right codec’s were installed that is).