In this roundup we are having our first encounter with an InWin product, the Commander III 600W power supply. Although not very well known in Europe or the north America, InWin is a nearly 30 year old Taiwanese company with a very large selection of cases and power supplies. 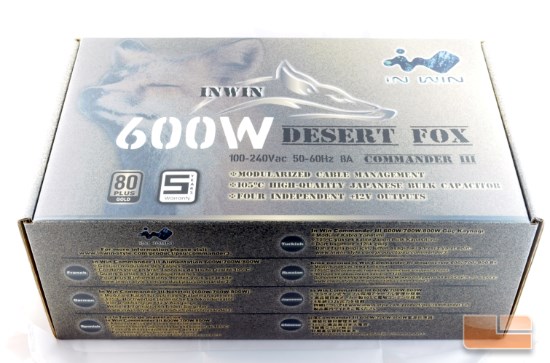 We received the Commander III 600W power supply, which is also nicknamed “Desert Fox”, inside a quite large and very thick cardboard box with a rather peculiar theme, mixing a militaristic design with the visage of an actual fox. Inside the box we found the power supply very well protected by thick polystyrene foam pieces. 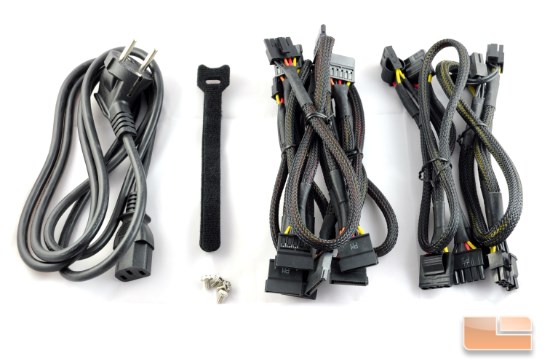 InWin supplies a rather typical bundle with the Commander III 600W power supply. Inside the box we only found the necessary A/C power cable and mounting screws, a few cable straps and the modular cables, which there is no pouch or storage box for. The modular cables are of standard design, with color-coded wires and black sleeving. 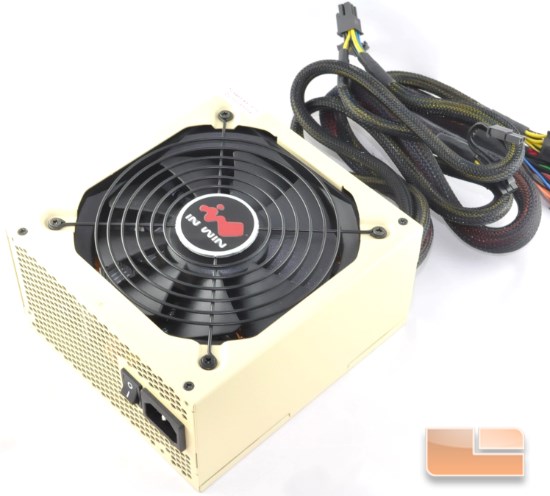 Even though InWin is using a standard ATX chassis, they chose to spray it with a Cornsilk yellow paint, which certainly stands out of the crowd. We can only assume that they were aiming for a sand-like appearance. A typical circular steel fan guard is being used, with the company logo over the engine of the fan. The left side of the power supply is entirely clean. 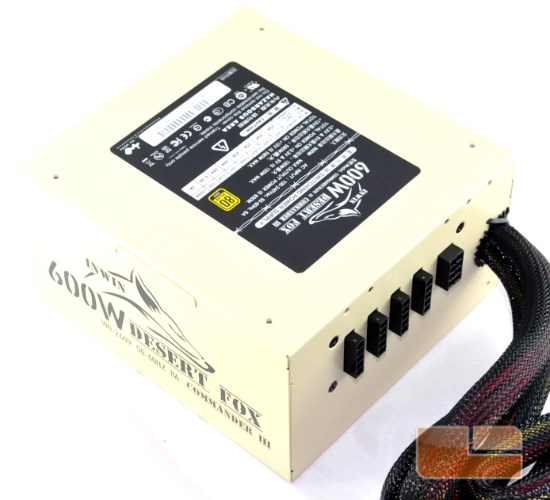 The model artwork and wattage have been carefully sprayed with a dark grey paint onto the right side of the chassis, while a black sticker with the electrical specifications of the power supply can be seen at the top side. Five connectors for the modular cables can be found at the rear side of the chassis, without a legend denoting which connector is for which cable but it is obvious that the 5 pin connectors are for Molex/SATA cables and the 8 pin connector for the PCI Express cable. The hardwired cables are also typical, using color-coded wires and black sleeving. 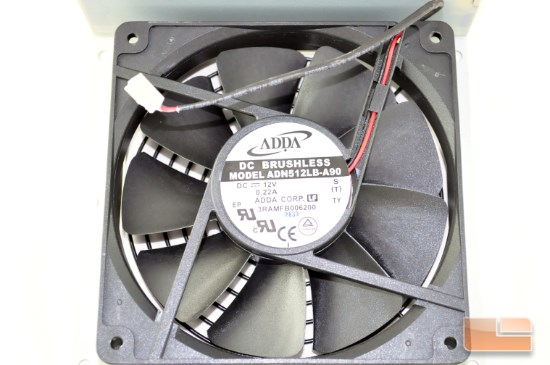 ADDA supplies the cooling fan for this power supply. The ADN512LB-A90 is a high quality 140mm fan with a ball bearing engine, a maximum speed of 1800RPM and a noise rating of 33.6 dB(A). 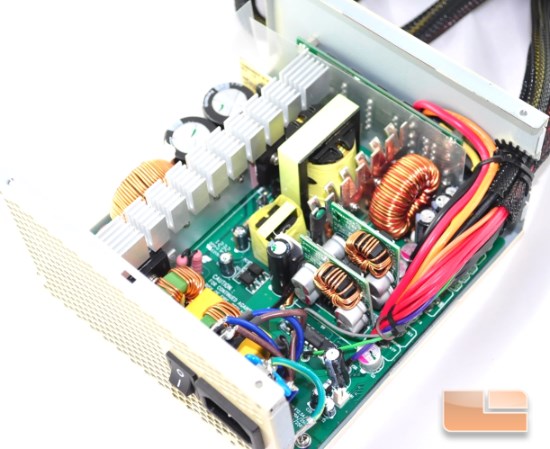 InWin is one of the few companies which can design and produce power supplies on their own, meaning that there is no OEM hidden behind the creation of the Commander III 600W unit. We have not seen that particular design before but the assembly quality is astonishing and equivalent to that of the most expensive products that we have ever reviewed. It also has very good heatsinks installed, despite the 80 Plus Gold efficiency certification. The filtering stage is quite good, with four Y capacitors, two X capacitor, two filtering chokes and a MOV. 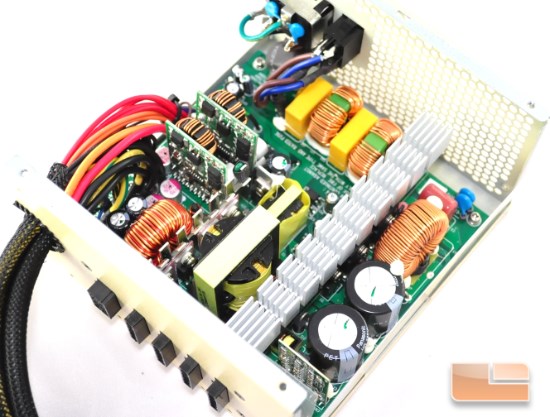 The large heatsink on the primary side of the power supply holds the A/C rectifying bridge, the APFC active components and the primary inversion transistors. There are two transistors and a diode for the APFC circuit, which is completed with the addition of two Rubycon 180uF/450V capacitors and a single large choke, and two transistors for the inversion circuit, which form a half-bridge topology. It is astonishing how InWin managed to reach 80Plus Gold levels with a simple half-bridge configuration. The small heatsink on the secondary side of the transformer holds the conversion transistors which generate the single 12V line, which is then routed to the DC to DC converters for the generation of the 5V/3.3V lines and through four individual OCP circuits forming the four 12V lines. The capacitors on the secondary side, electrolytic and solid-state alike, are all supplied by Teapo.