Our second contender from Corsair is the GS600. The GS (Gaming Series) consists of products hoping to merge value and performance with a stylish appearance. Too many eggs in one basket? We will soon find out. 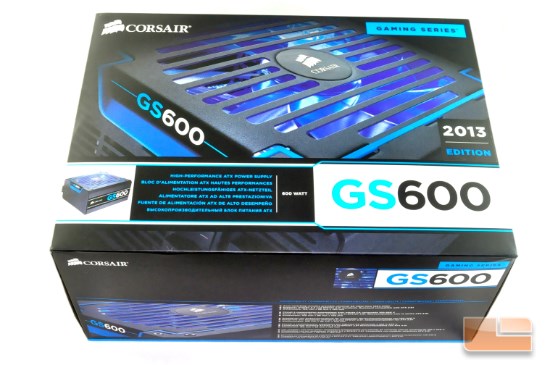 We received the GS600 in a black and bulky cardboard box with an artwork theme based on a picture of the power supply itself. The box also clearly denotes that this is a 2013 version model, which supposedly addresses the issues earlier versions had with their cooling fans. Inside the package we found the power supply well protected between polystyrene foam pieces. 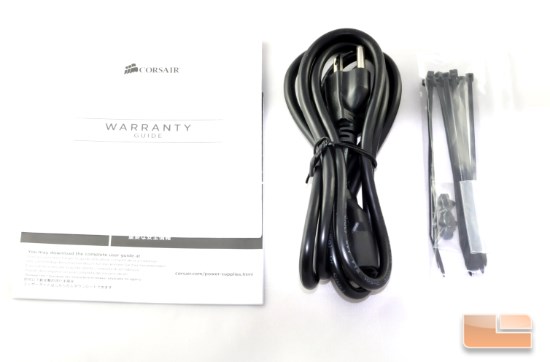 The bundle of the GS600 is quite uninteresting, perhaps even poor for a gaming-grade product. Supplied inside the box there is only the A/C power cable, four standard black 3M screws, a few cable ties and a basic manual and warranty guide. 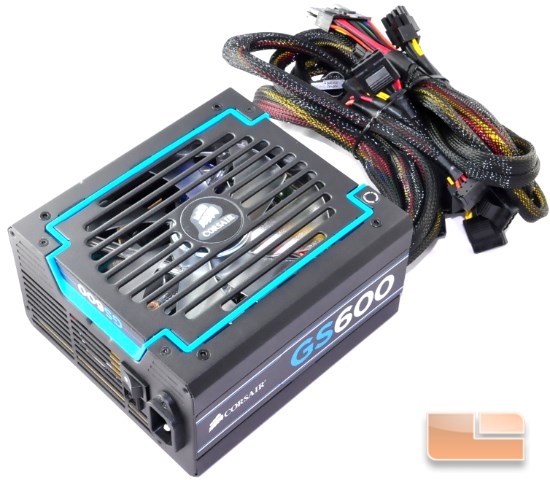 Appearance wise, the GS600 certainly stands out of the crowd. The beveled edges of the chassis form an octagonal design and decorative stickers cover both sides of the power supply. A blue frame surround the cooling fan, which can be replaced with other colors as well (sold separately). The fan guard is proprietary and forms a parallel vent design, as are the openings at the front side of the GS600. We also spotted a button at the front side of the GS600, responsible for turning off the illumination of the fan. The GS600 sports only blue LEDs, while the more powerful models offer white and red colors as well. 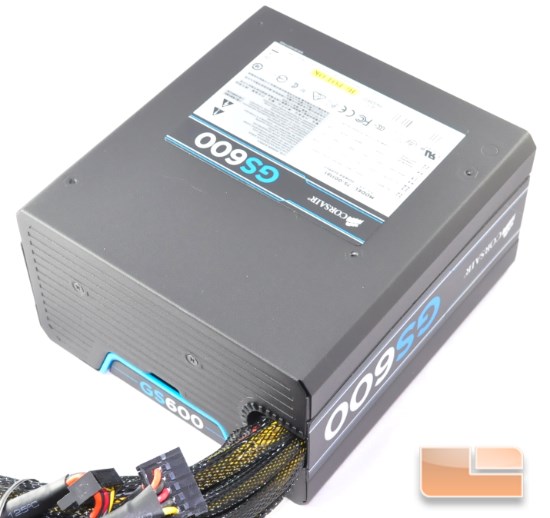 Once again, the sticker with the electrical specifications and certifications of the power supply has been placed at the top side of the chassis. The rear of the chassis is ribbed for aesthetic purposes but completely clean, as this is not a modular power supply and every cable is hardwired to the unit. The cables are typical, with color-coded wires and black sleeving. 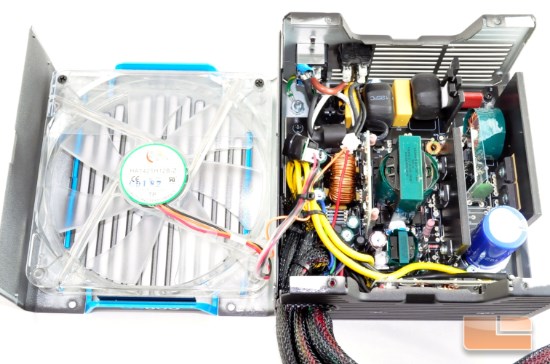 The semi-transparent cooling fan is being provided by Hong Hua, a Chinese manufacturer. It is a rather powerful 140mm fan with a ball bearing engine, which has a nonsensical maximum speed of 2400RPM and a noise rating of 43.3 dB(A).

Much like the CX600M, the OEM behind the GS600 is CWT. However, the core design is different. The quality of the assembly is notably better, as we could not spot a single mediocre soldering joint; however, the heatsinks are nothing more than rectangular aluminum slabs, which explains the use of such a powerful cooling fan. The A/C filtering stage starts at the back of the A/C cable receptacle and continues onto the main PCB, totaling four Y capacitors, two X capacitors, two chokes and a MOV. 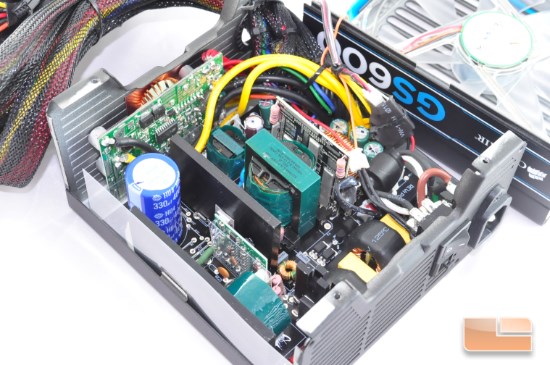 A small coil and a Hitachi 330uF/400V capacitor are the passive components of the APFC stage, with the active components being two transistors, placed on the heatsink near the edge of the PCB. The smaller heatsink next to the main transformer holds the primary inversion components, two transistors which form a typical half-bridge converter. There is no apparent heatsink on the secondary side of the transformer at all, where five transistors convert the transformer’s output to a single 12V line. DC to DC conversion circuits then convert part of that output to generate the 3.3V and 5V lines. The electrolytic capacitors are provided by SamXon and Nippon Chemi-Con.