Be Quiet! is a company originating from Germany with a strong reputation of creating top tier products. They only recently made some of their products available to the north American markets, including the Dark Power Pro 10 550W power supply we have here today. 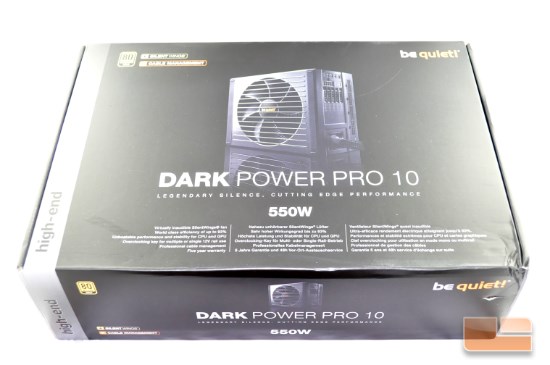 We received the Dark Power Pro 10 550W PSU inside a very large, black cardboard box. Plenty of information regarding the features and performance of the power supply may be found at the rear side of the package. Inside the box everything is very well packed and protected behind thick layers of polystyrene foam. 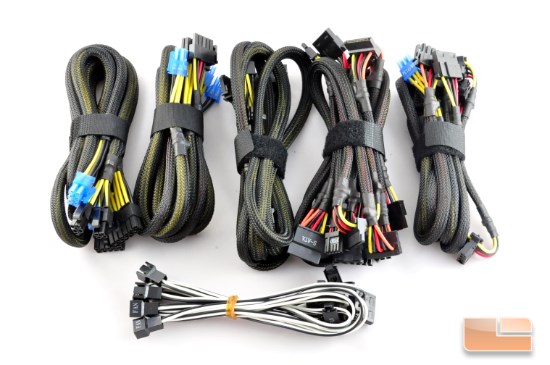 The Dark Power Pro 10 550W sports a partially modular design. The modular cables are provided in a square reusable cardboard box, each wrapped with a simple but very functional cable strap. These are typical cables with black sleeving and color-coded wires, except for those meant for powering cooling fans, which are using thin black and white wires. 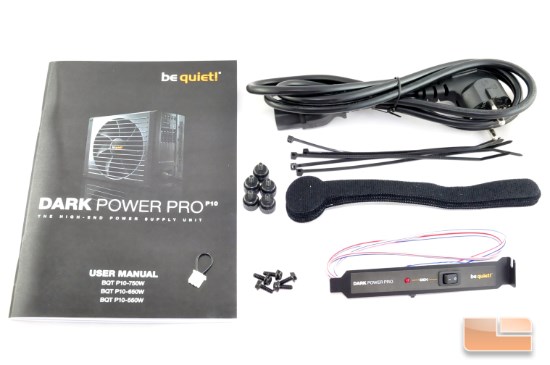 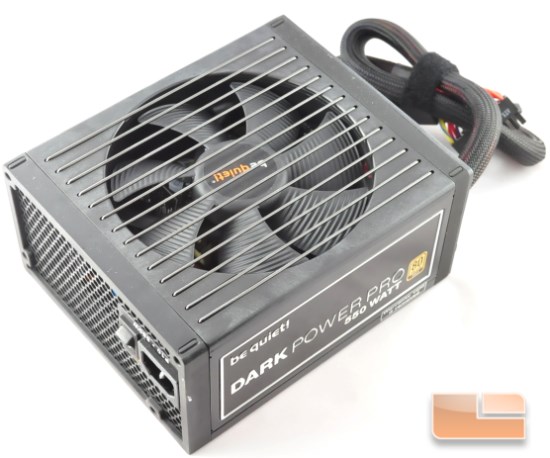 Appearance-wise, the Dark Power Pro 10 easily stands out of the crowd. The metallic parts of the power supply are sprayed with a metallic glossy black paint and large metallic decorative stickers can be seen at both sides of the chassis. A rubberized plastic frame surrounds the rear of the chassis and a rubber strip the front, absorbing all vibrations from and to the power supply.  However, the all-black chassis is longer than that of a typical ATX unit, which might be a problem in tight spaces. 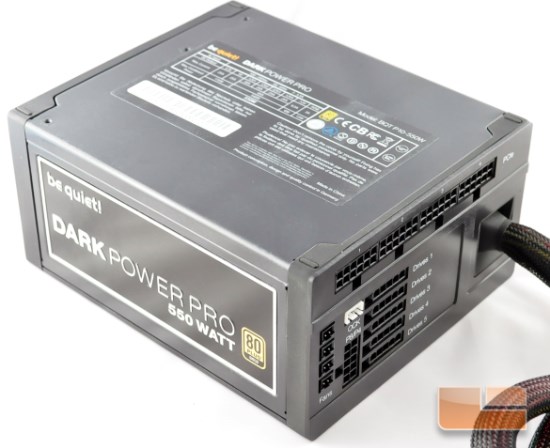 The company placed the sticker with the electrical certifications and specifications of the power supply at the top side of the chassis, where it will be visible from a windowed side panel should the case has the PSU compartment located at its bottom. The aluminum plate at the rear side of the chassis houses the connectors for the modular cables. There are fifteen connectors; four for the fan power cables, four for the PCIe cables, one for the CPU 12V cable, five for the SATA and Molex cables and finally one for the OCK bracket connector. The OCK bracket is a simple switch which allows the user to choose between a four 12V rail OCP mode and a single 45A rail mode. For those who do not which to install the PCI bracket, the power supply defaults to its standard four rail mode without anything connected and Be Quiet! includes a jumper which forces the unit to permanently operate under single 12V mode. Finally, the hole from which the cable are coming out from is square and covered with a flexible rubber gasket, creating a stunning visual effect. 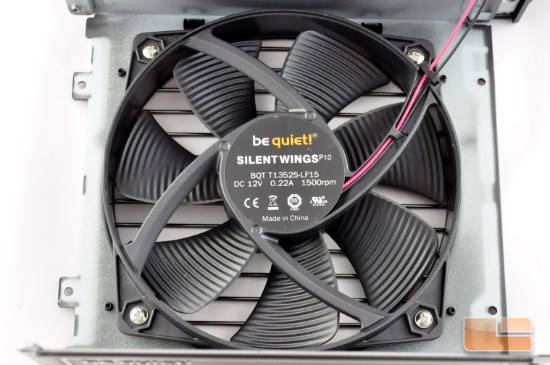 Instead of your typical 120-140mm fan, Be Quiet! installed one of their advanced Silent Wings fans in this power supply. This particular model has a maximum speed of 1500RPM and a FDB (self-lubricating bearing). The company boasts that the fan will generate only 12.9 dB(A) at full speed, which we find hard to believe as the aerodynamic noise of a 135mm fan rotating at 1500RPM should generate considerably higher noise levels. 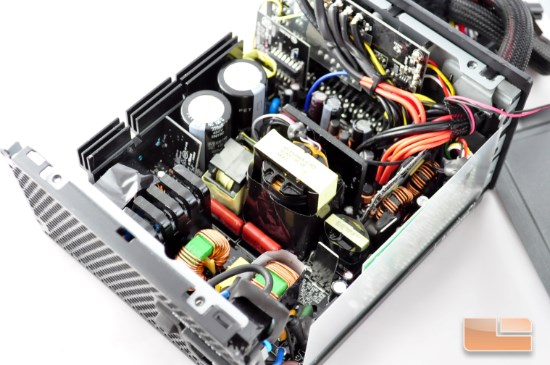 Fortron-Source is the OEM behind the core design of the Dark Power Pro 10 550W power supply. The assembly quality of the 550W version is good, with only a few soldering joints obviously made by hand but still are well done. The heatsinks are pretty basic but ought to be more than sufficient for a high efficiency product with this kind of output. The A/C filtering stage is almost textbook, with four Y capacitors, two X capacitors, two coils and a MOV. 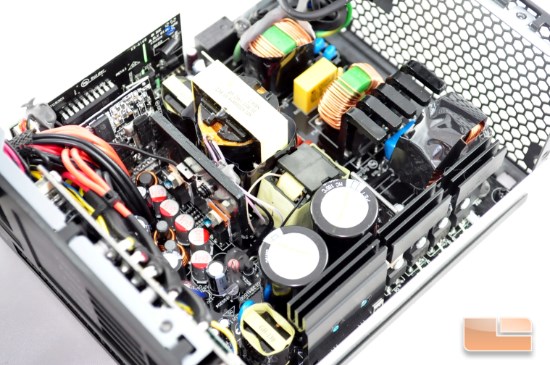 After the single rectification bridge which can be seen on its own solo heatsink, two Matsushita 220uF/450V high temperature (105°C) capacitors and a large coil covered in a black plastic shroud form the passive components of the APFC stage, with the three transistors and the diode on the heatsinks being the active components. The two primary side inversion transistors are on the third and larger part of the heatsink, facing towards the main transformer and forming a half-bridge configuration. The plain heatsink after the transformer holds the four conversion transistors of the secondary stage, which output only a single 12V line. The 3.3V and 5V lines are being generated via DC to DC converters and the main 12V line is being routed via four OCP channels, which may be merged. The electrolytic capacitors are Rubycon and Nippon Chemi-Con products, while the solid state capacitors come from CapXon.