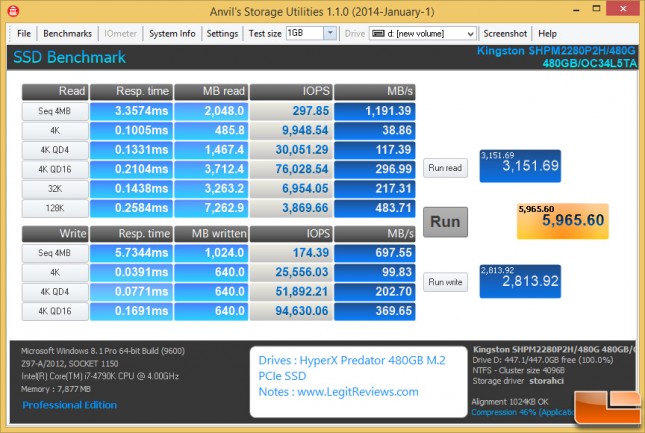 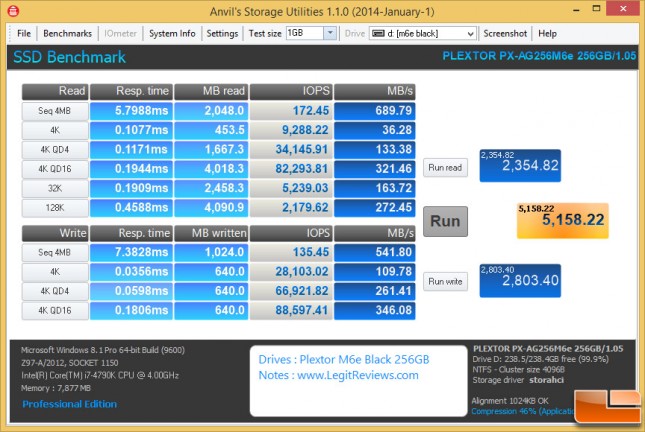 Benchmark Results: The overall Anvil SSD Benchmark score with the Applications benchmark was 5,158.22 on the M6e Black Edition 256GB drive and 5,965.60 on the HyperX Predator 480GB M.2 PCIe SSD. We also ran Anvil with 100% compression to show how the drive performs with solely incompressible data. The results were a bit better with an overall score of 6,454.20! 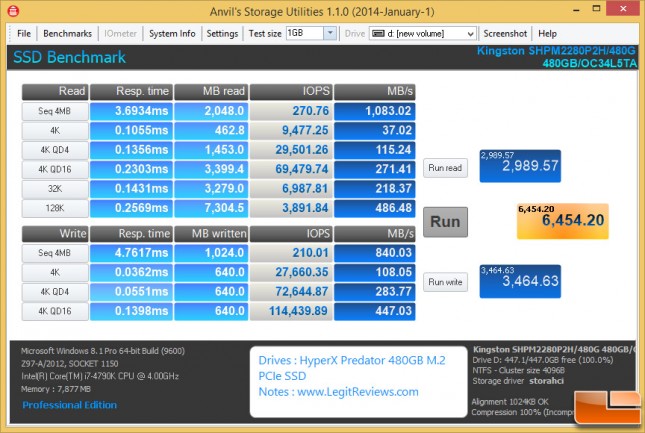