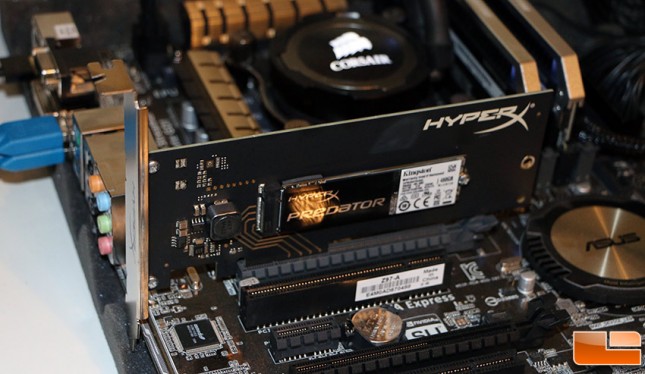 We tested with the HyperX Predator M.2 PCIe SSD as it arrived in the HHHL adapter. We inserted that adapter into the primary PCI Express Gen 3.0 x16 slot with no other cards installed in any of the PCIe lanes and activated the drive in disk management with a drive letter and performed a quick format with all the default settings. Windows 8.1 had the power option for the system set to high performance. 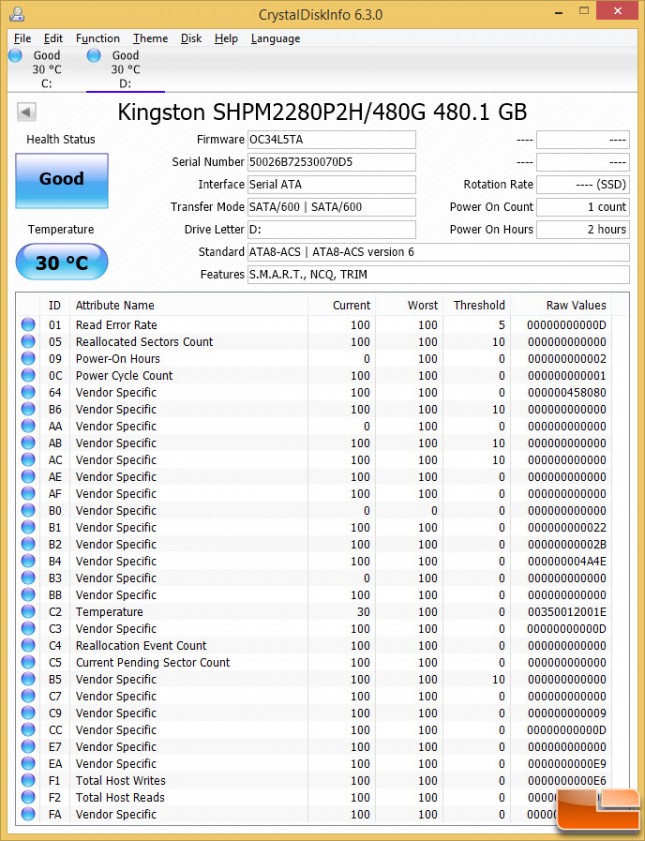 For the HyperX Predator PCIe SSD 480GB M.2 PCIe SSD, the readout on CrystalDiskInfo 6.3.0 shows that NCQ, S.M.A.R.T. and TRIM are enabled. The firmware version that we are running at the time of testing was 0C34L5TA.