The build process went very smoothly with the Starker. The 360mm radiator to the Corsair iCUE H150i RGB Pro XT and its three fans had no trouble mounting at the front of the case. Because of the tall height of the case, I was able to squeeze the radiator into position without much issue. The cable cutouts on the motherboard tray were also positioned well so the cables could plug into their correct ports. As for the power supply chamber, the cutout is slightly too large for the Corsair CX430M. This left a small amount of empty space behind the PSU to expose a bit of cabling. 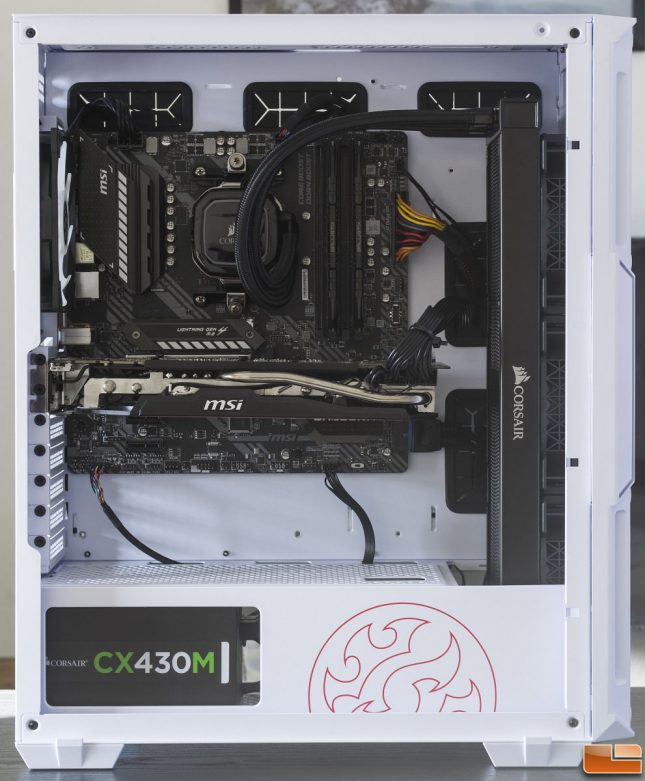 As for cable management, I used up quite a few zip ties as the Starker did not come with pre-installed Velcro straps. But even with zip ties, I was able to get the cables nicely managed without too much trouble. The side panel was able to close properly without much pressure put against the cables either. 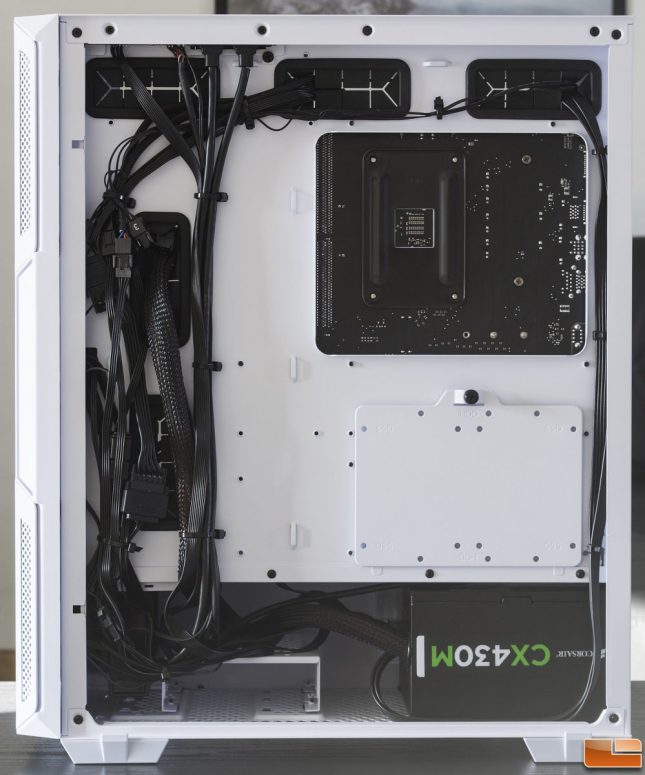 Taking a closer look at the top cutout of the power supply chamber, there was plenty of room to fit the front radiator and its fans. The radiator and fans were about two inches (50.8 mm) thick together, which meant there was enough clearance for a push/pull configuration. This is because the cutout had a total length of about 3.125 inches (79.4 mm). Of course, achieving a push/pull configuration with a 360mm radiator will require the removal of the HDD tray in the power supply chamber. 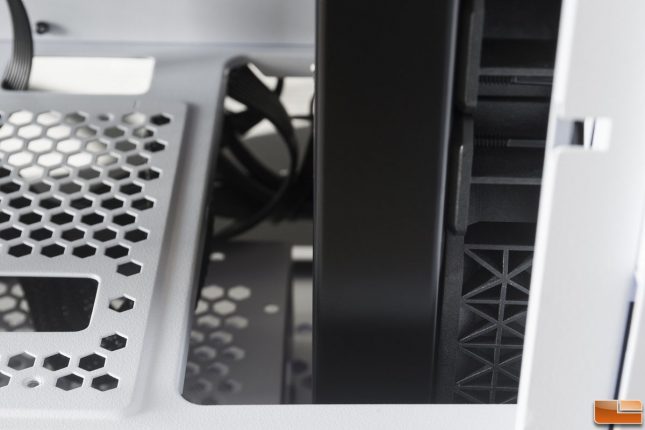 Even with a front radiator, there was enough room to clear the HDD tray in the power supply chamber. If the PSU was longer in size, the cables may have had a tight squeeze but it would have been still manageable. But because this build did not utilize the HDD cage, it would have been fine to remove it from the system and keep what was only necessary. 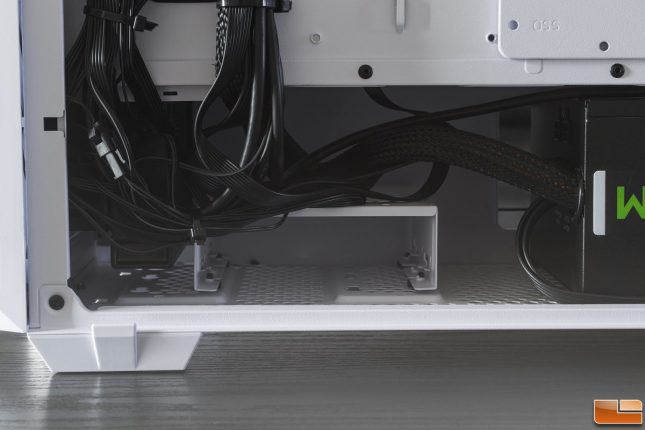 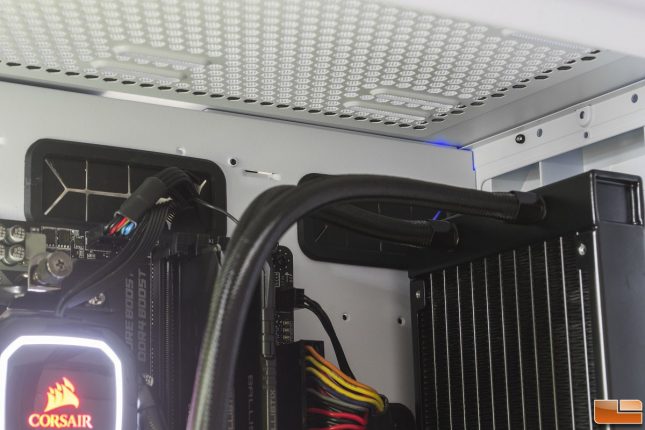 With the system powered on, we can see the rear 120mm fan and the LED strips at the front light up. They are connected to the LED controller built into the case, which is controllable via a button on the front I/O. The fan and front LED strips can also connect to any motherboard that has the addressable Gen 2 RGB header. 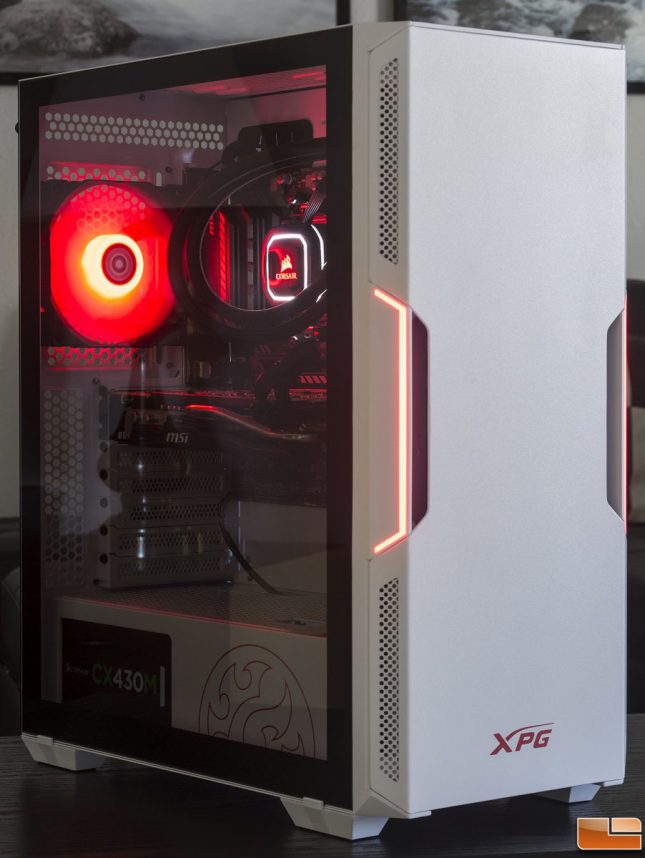 The light output of the 120mm fan and front LED strips were bright and the color accuracy was mostly accurate. When set to white, the fan and the strips were a bit on the blue side. Color reproduction on primary and secondary colors were accurate, but motherboard software will allow for more customization. 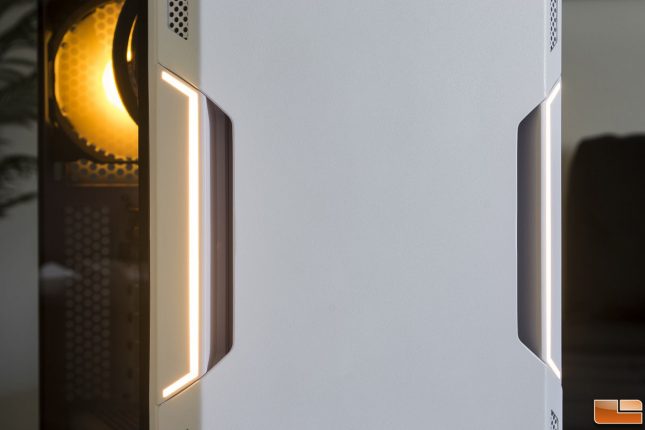 With the pre-set lighting effects of the built-in LED controller, there are 13 modes. The first eight modes are static colors (red, green, blue, purple, yellow, white, orange, neon green), while modes 9-12 are animated lighting effects. Mode 13 turns off all LEDs.

Now when it comes to airflow and cooling performance, the Starker was not the best performer. This was tested with the ML120 Pro 120mm fans on the H150i RGB PRO XT pinned at maximum speed (2400 RPM). The Ryzen 9 3900X in this system was overclocked to 4.2GHz all cores with 1.3 volts. Under this configuration at 20°C ambient room temperature, the CPU managed 80.4°C average under AIDA64 when running CPU, FPU, and cache stress tests for 20 minutes with the front panel. 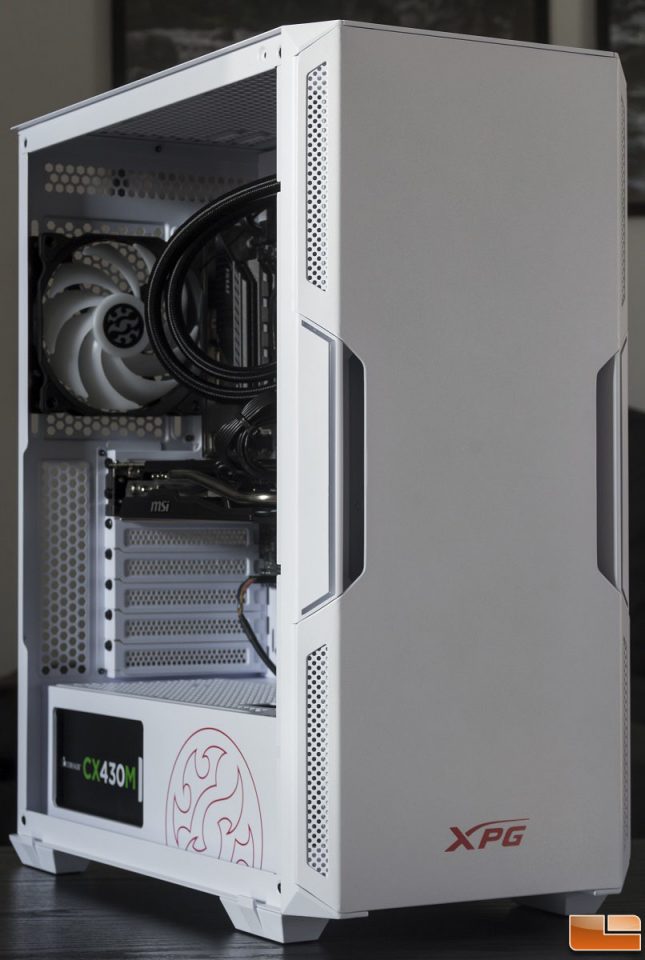 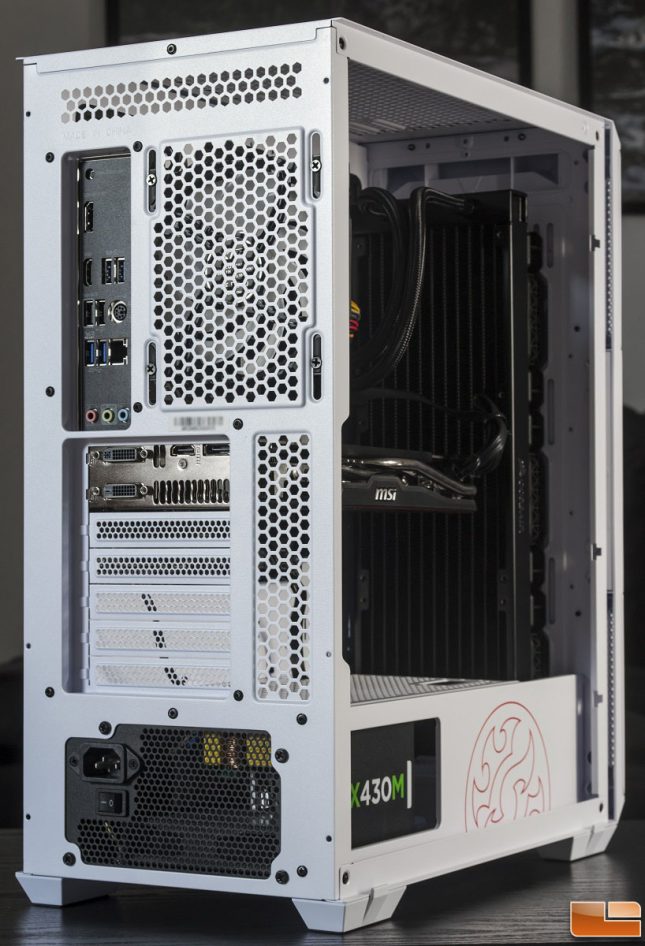 Let’s continue to the last section with my final thought about the Starker case.