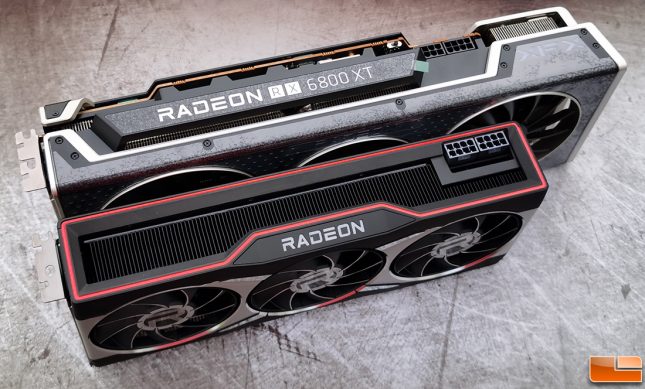 The XFX Speedster MERC319 Radeon RX 6800XT with reference card is longer, taller and wider than the AMD Radeon RX 6800 XT reference card as you can see in the image above. This should translate into better thermals, so let’s take a quick look at them using the sensors tab in GPU-Z. 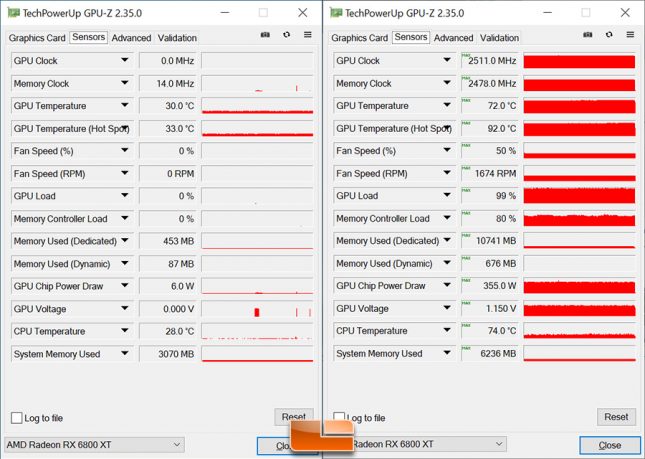 Notice that we were hitting over 2.5GHz on the GPU clock with the card in RAGE mode. 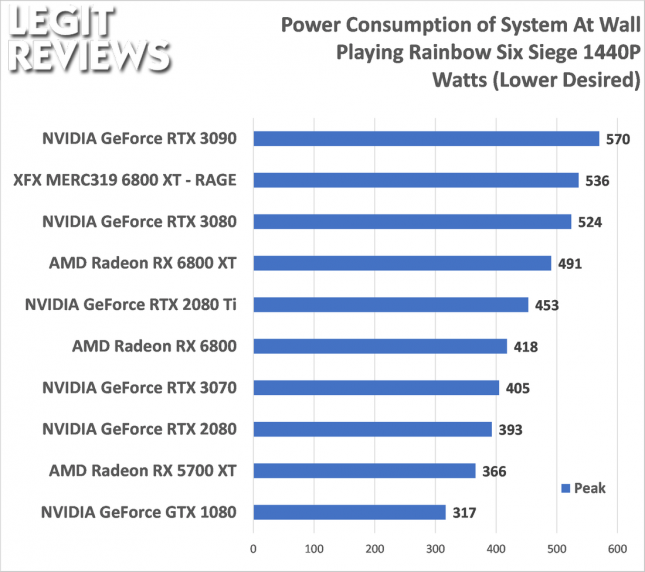 Power consumption on the AMD Radeon RX 6800 XT reference card topped out at 491 Watts and the XFX Speedster MERC319 Radeon RX 6800XT hit 536 Watts on this game title. This increase of 45 Watts was expected as we are running the card in hardware RAGE mode (BIOS Switch) and we have RAGE mode enabled in the AMD software. This means that the card is using more power than the NVIDIA GeForce RTX 3080 that it matches up to compete with. 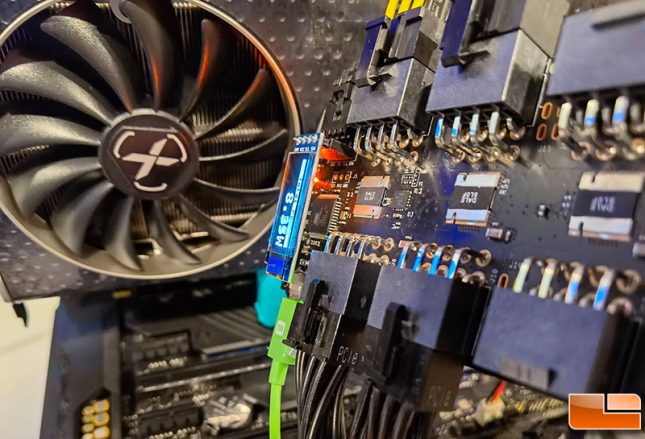 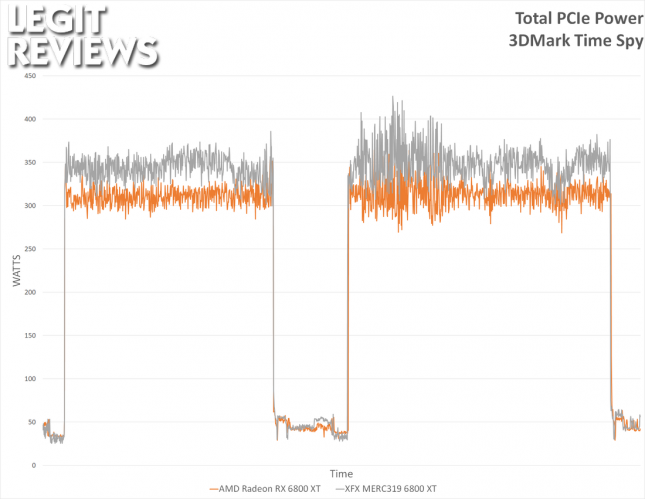 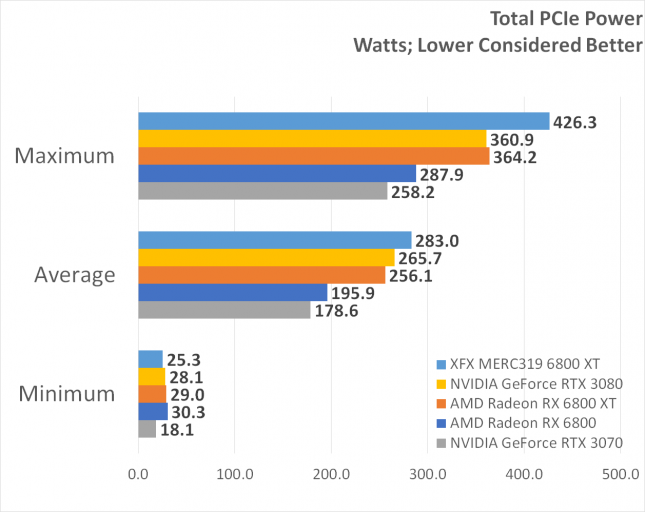 Here is a look at total PCIe Power for the XFX MERC319 6800 XT against some GeForce RTX 3070/3080 Founders Edition graphics cards and the AMD Radeon RX 6800/6800 XT reference cards. The XFX MERC319 was run in RAGE mode, but all of the cards were running at stock settings and we recorded the power on a standard run of 3DMark Time Spy.

Here you can see the XFX MERC319 Radeon RX 6800 XT peaks at 426.3 Watts of power and this is a measurement of just what the card itself is using and nothing else in the system. So, we are pulling over 62 Watts more power at peak usage than on the reference card to run the MERC319 at these settings.