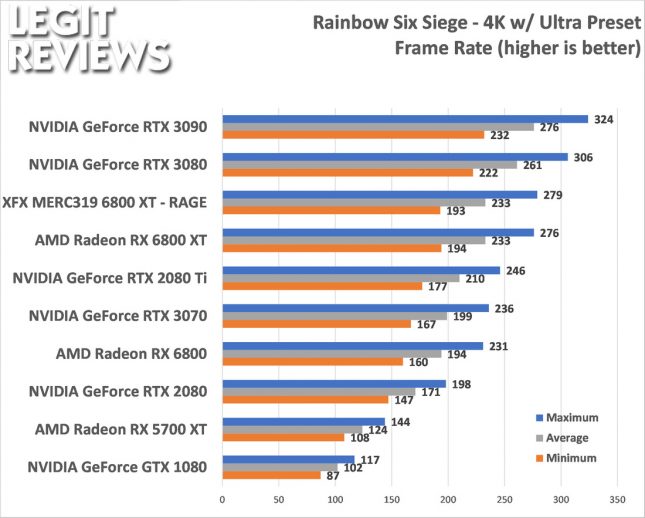 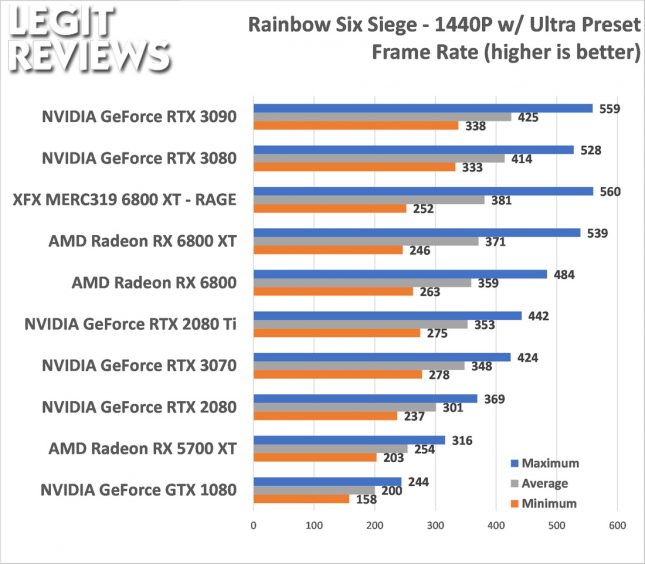 Once again at 1440P the XFX MERC319 6800 XT pulled ahead of the reference card by a decent bit, this time 10 FPS on average. At 4K the two cards had the same average performance. We didn’t include 1080P results as some of the frame rates are getting a bit wonky and we are hitting over 750 FPS on many of the cards for the maximum frame rate. Rainbow Six Siege is pretty easy to run at 1080P on modern graphics cards.