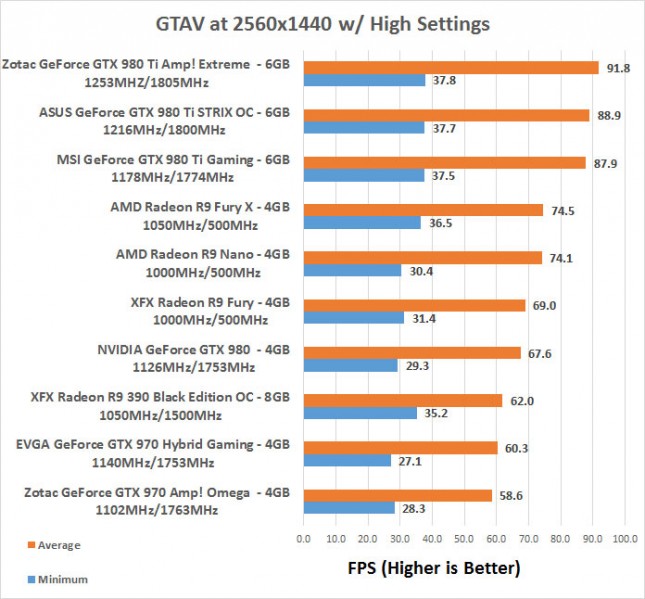 1440P Benchmark Results: After running the games built-in benchmark and averaging the runs together we found that the Radeon R9 Nano was performing better than the Radeon R9 Fury in this particular game title. 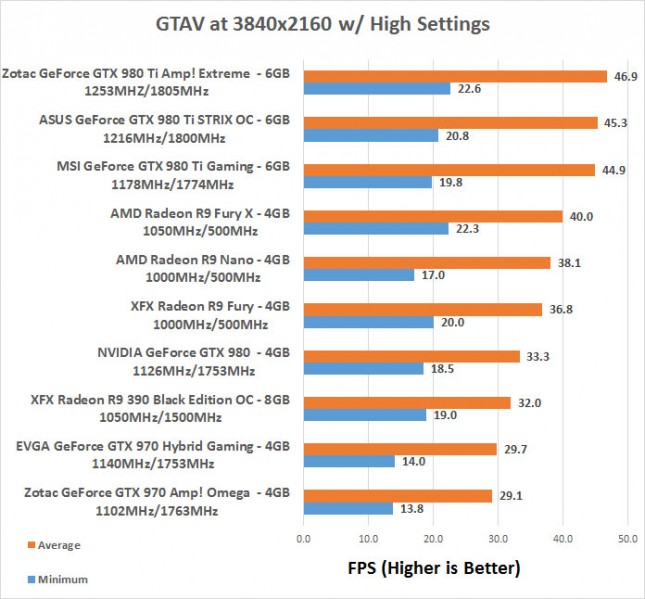 4K Ultra HD Benchmark Results: At 4K the Radeon R9 Nano was still ahead on the average FPS, but had a lower minimum frame rate.