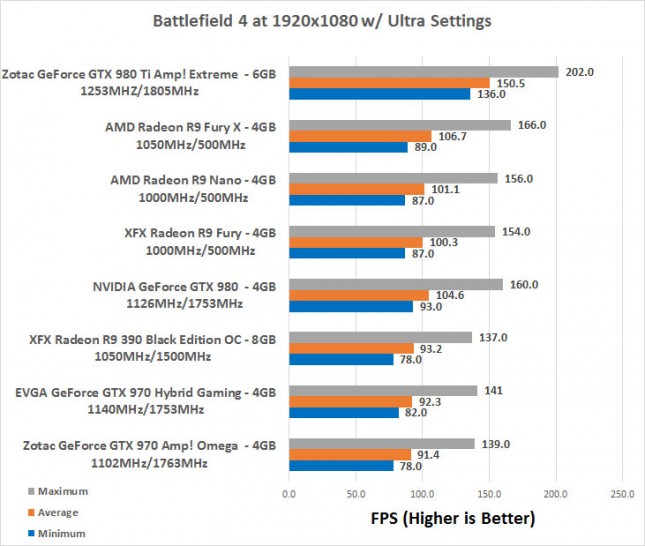 Benchmark Results: The AMD Radeon R9 Nano was actually slightly faster than the XFX Radeon R9 Fury at 1920×1080, but not by much and you won’t tell the different while gaming unless you used FRAPS and test it like we do! 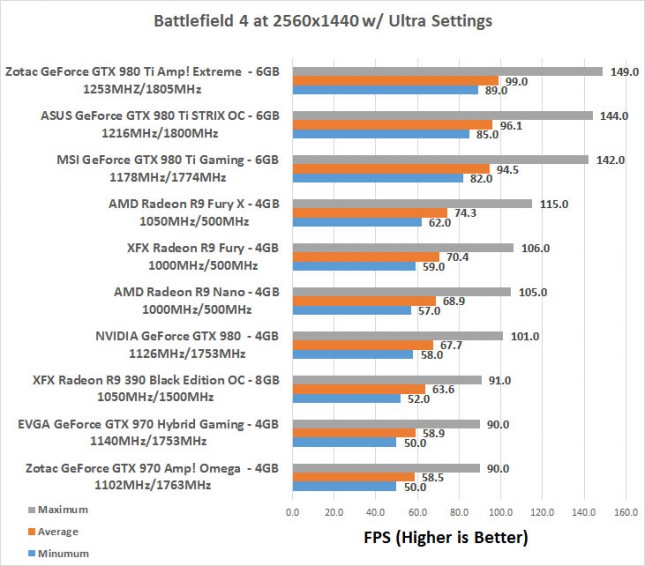 Benchmark Results: When you move up to a 2560×1440 display we found the Radeon R9 Fury pulled ahead of the Nano card by just 1-2 FPS across the board. 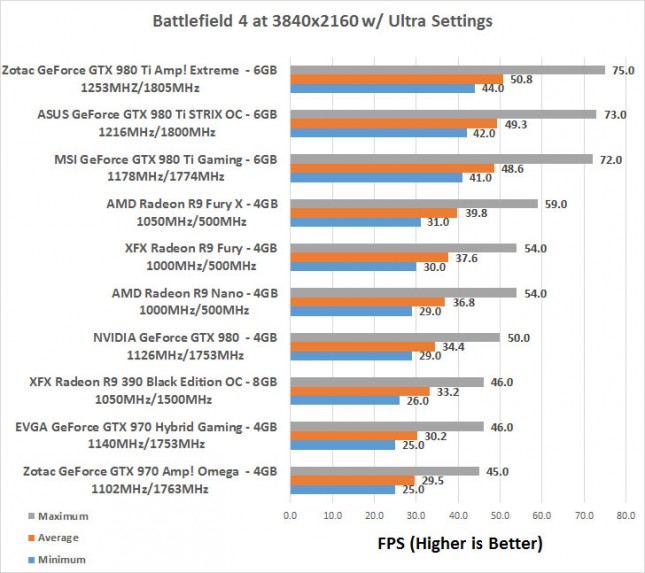