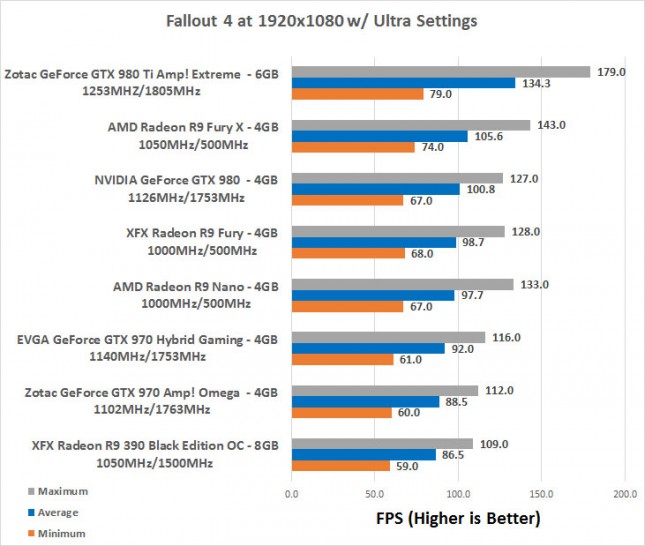 Benchmark Results: In Fallout 4 at 1920×1080 the Radeon R9 Fury and Radeon R9 Nano were basically performing the same with identical Crimson 16.1.1 drivers installed. 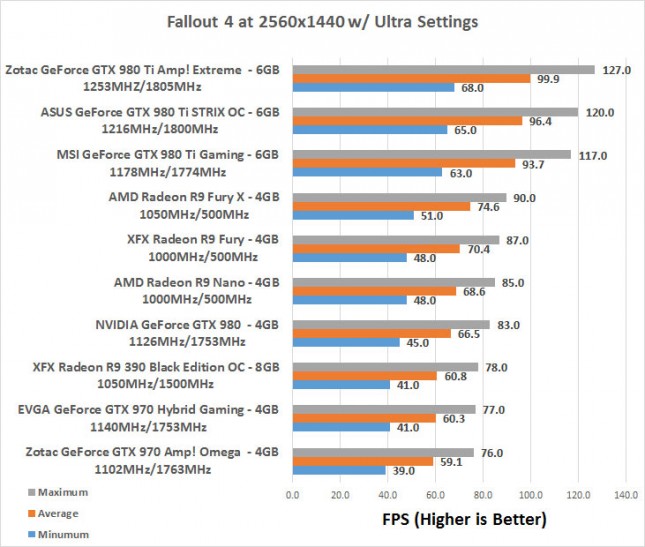 Benchmark Results: With the display resolution cranked up to 2560×1440 we found the XFX Radeon R9 Fury finally started to pull ahead a bit. 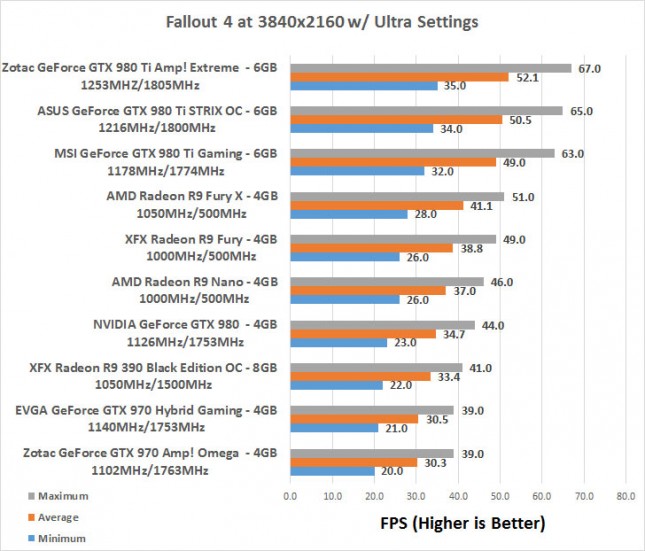 Benchmark Results: When we increased the resolution to 3840×2160 for some 4K gaming goodness the XFX Radeon R9 Fury was still ahead of the Radeon R9 Nano.