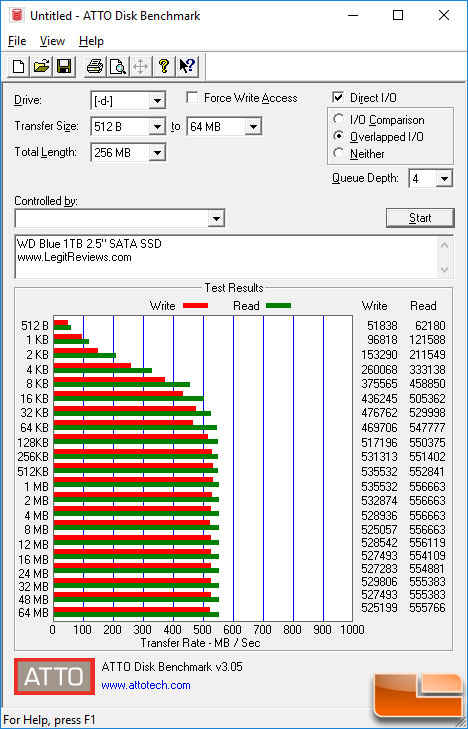 Benchmark Results: ATTO showed the WD Blue 1TB SSD topped out at 557 MB/s read and 536 MB/s write in the standard overlapped I/O benchmark. WD rates this particular model at up to 545 MB/s read and 525 MB/s write using CrystalDiskMark, so we are able to easily best that on this benchmark.

Benchmark Results: The WD Blue 1TB drive reached 534 MB/s read and 504 MB/s write in the standard sequential write test. The Random 4K performance on the WD Blue 1TB drive was 41 MB/s read and 131 MB/s write. When we ran the test again set to 0Fill mode and all the scores remained basically the same, but the sequential performance did improve a bit more than we expected.

WD rates this particular model at up to 545 MB/s read and 525 MB/s write using CrystalDiskMark and we were unable to get sequential read/write speeds that high.