The readout on CrystalDiskInfo 7.0.3 shows that the WD Blue 1TB SSD supports S.M.A.R.T., APM, NCQ, TRIM and DevSleep. The drive we received had firmware version X41000WD installed and that is the version that we used for general testing and benchmarking. 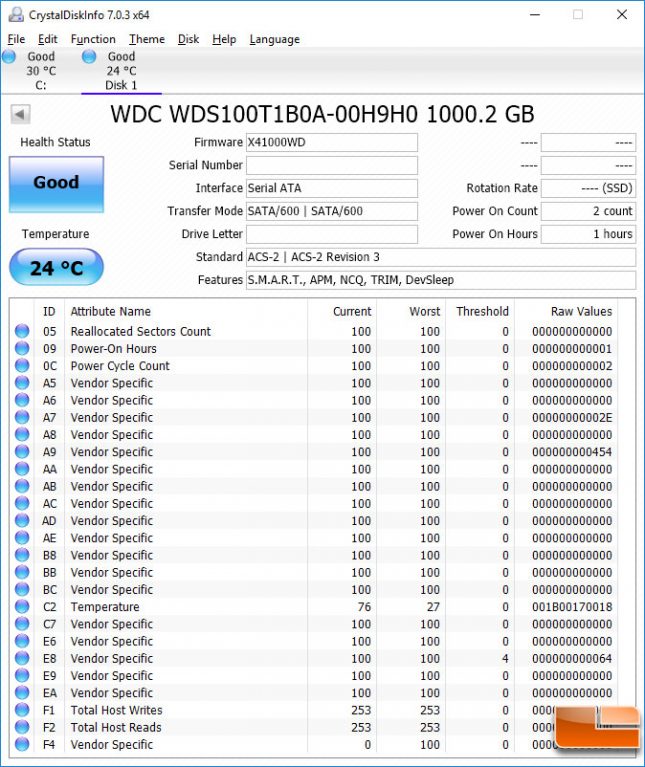 The overall capacity shows up as 934GB on the WD Blue 1TB SSD in Windows 10 Anniversary Edition. 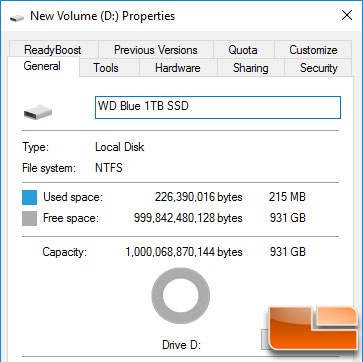 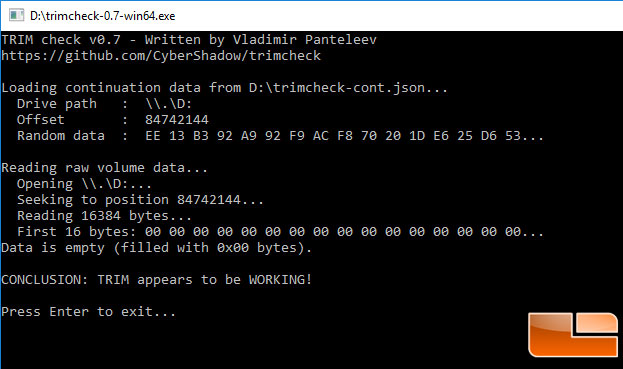