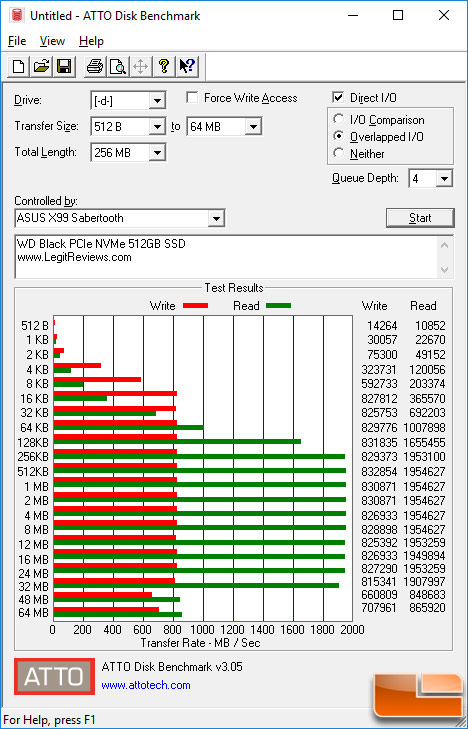 Benchmark Results: ATTO showed the WD Black PCIe 512GB SSD topping out at 1,955 MB/s read and 832 MB/s write in the standard overlapped I/O benchmark. This drive is rated at 2,050 MB/s max sequential read and 800 max sequential write, so we came up short on the read score. 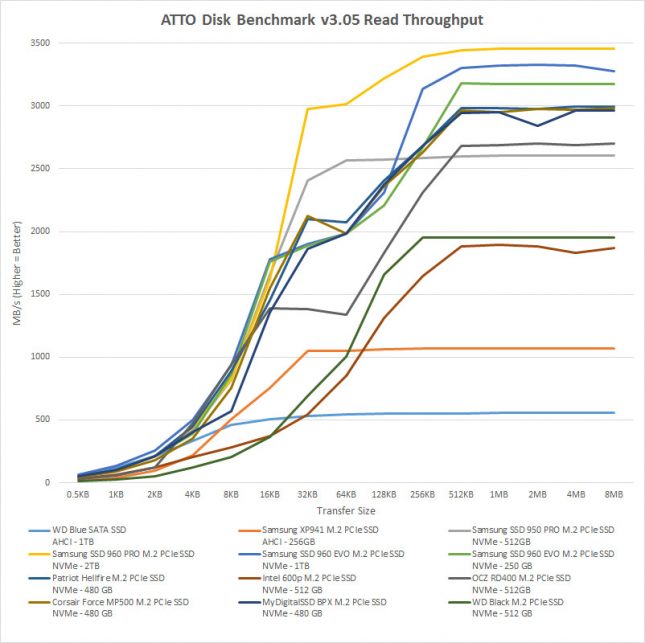 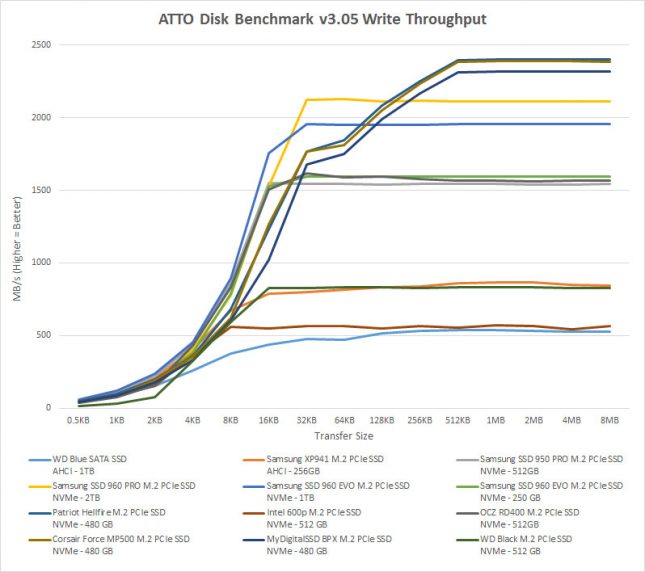 Benchmark Results: When comparing the the other SSD models you can quickly see that it does just okay. It’s slower than the other 11 drives tested at the low file sizes in the read test up and then finally manages not to be in last place once the file sizes reach 32KB. It does slightly better on the writes, but as you can see the performance mirrors the Samsung XP941 M.2 PCIe SSD from 2014 that doesn’t feature NVMe support.