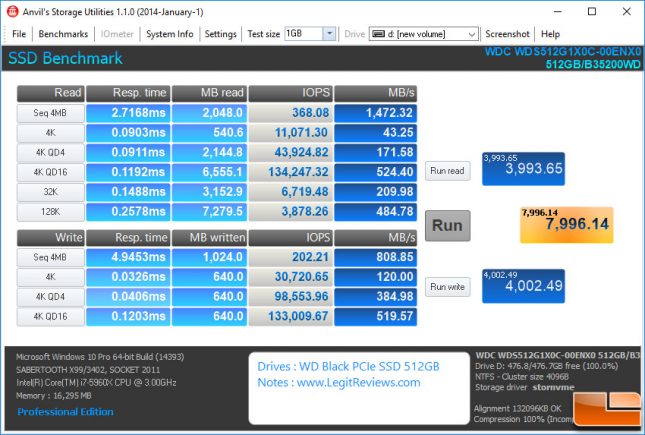 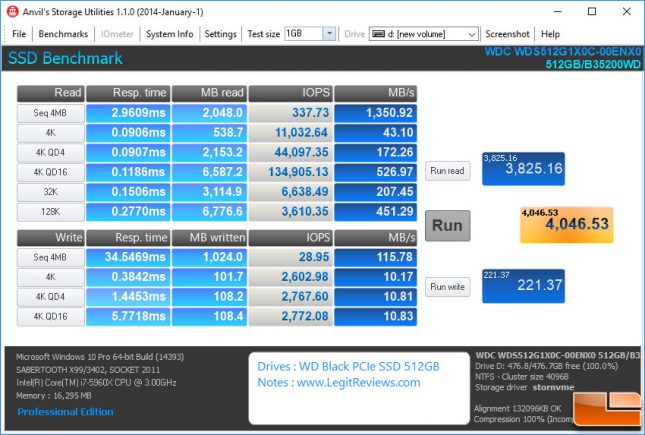 Benchmark Results: The Anvil SSD Benchmark showed that with 100% compression (incompressible data) the WD Black PCIe SSD scored 7,996 points with stock Windows NVMe Driver and Windows write-cache buffer flushing disabled on the drive. If you don’t disable Windows write-cache you are looking at a score of 4,047 points and we’ll be running all the other benchmarks with this function disabled as we just wanted to show you the difference it makes in some benchmarks. 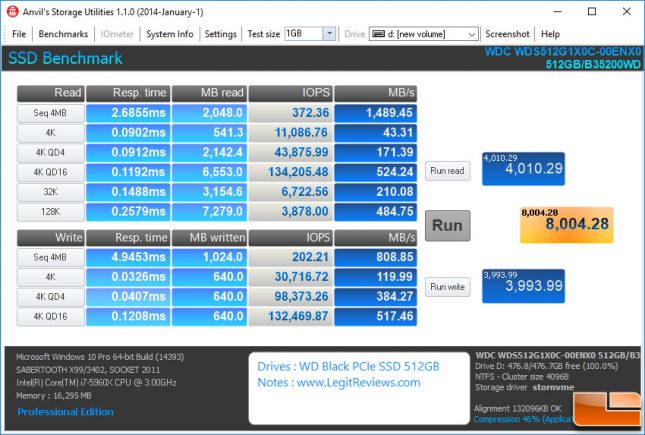 Benchmark Results: With the compression at 46% to help mimic real world applications better we found the overall score increased up to 8,004 points. 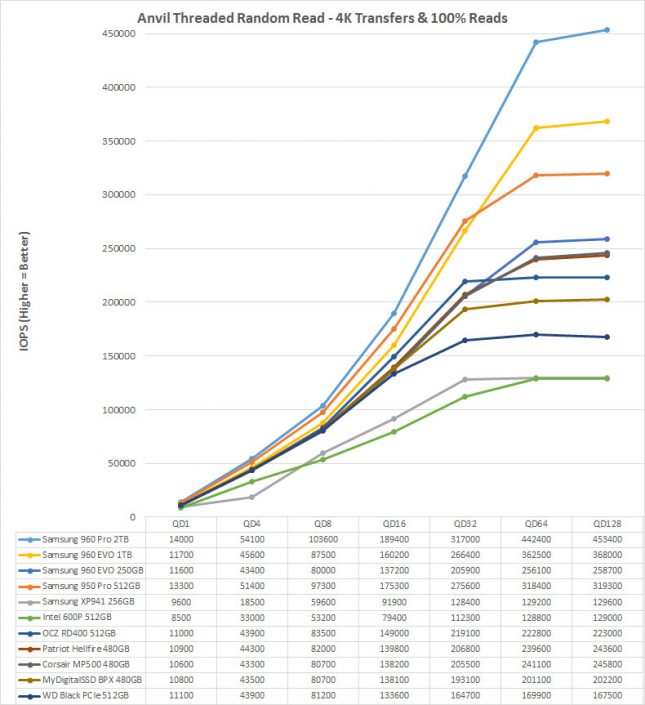 Benchmark Results: We used Anvil to check the 4K Random Read performance and found we we topped out at 169,900 IOPS, which is right at the drives rated 4K Random Read rating of 170,000 IOPS. The drive was ahead of the Intel SSD 600P 512GB at every QD level and was even able to hang with the Samsung SSD EVO 250GB at QD1 up until QD16, which is pretty impressive. 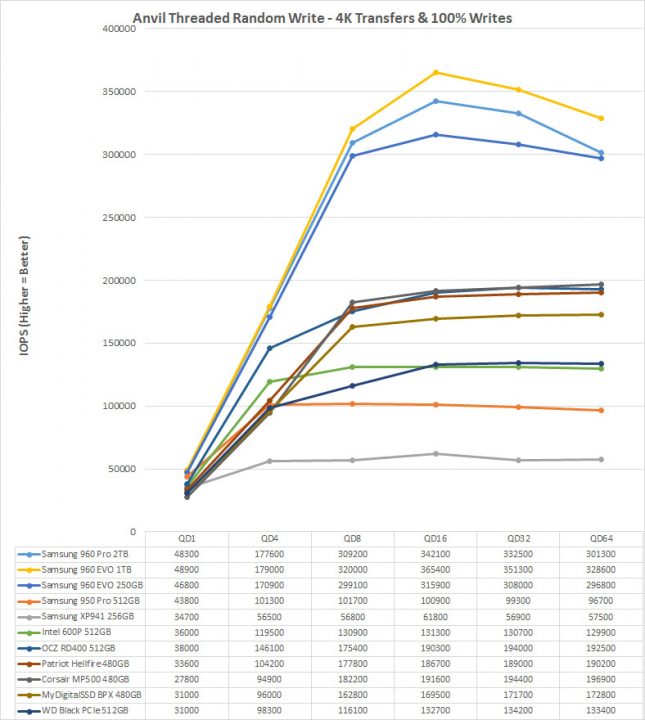