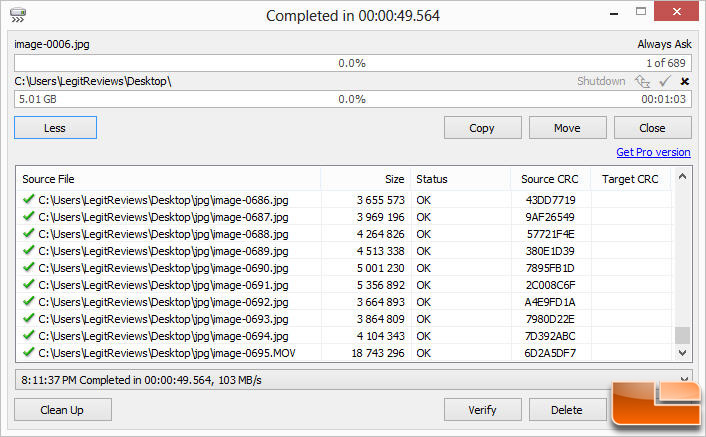 Benchmark Results: Somewhat middle of the road performance here although only a few seconds off the faster drives. This is probably due to the lower write speeds brought on by the RAID controller. 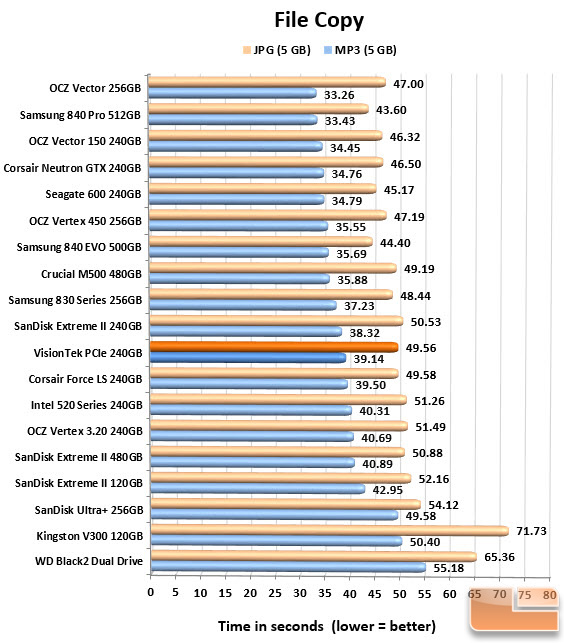 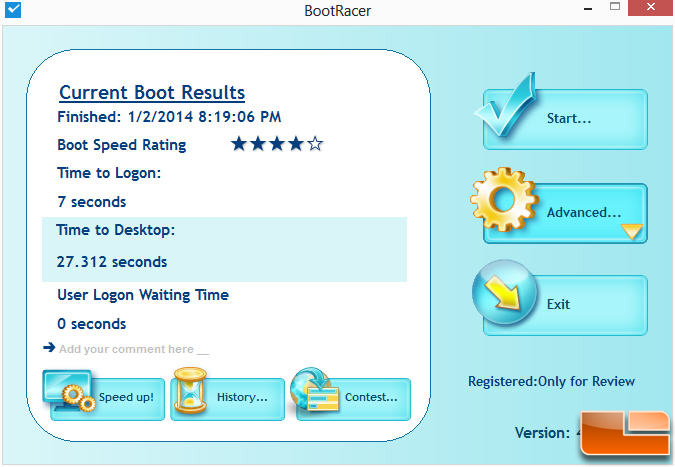 Benchmark Results: Boot times were right in the mix with all other drives which we expected. No matter how fast the drive, it just doesn’t get a whole lot faster. 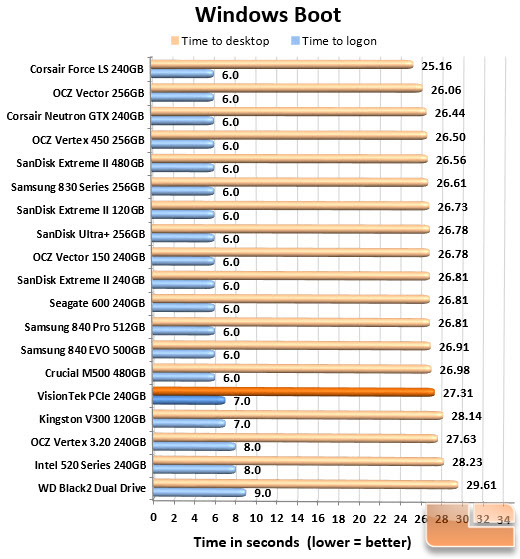