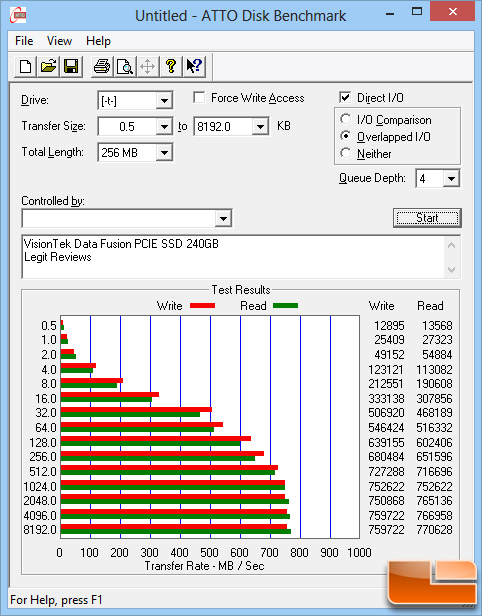 Benchmark Results: These are results we would expect to see with a RAID 0 configuration and an interface bandwidth that’s unrestricted. As usual, the SF-2281 controllers shine in this benchmark and bear in mind that the comparison drives are SATA III based. 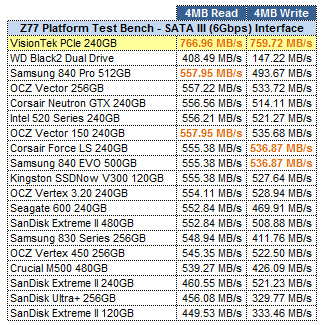 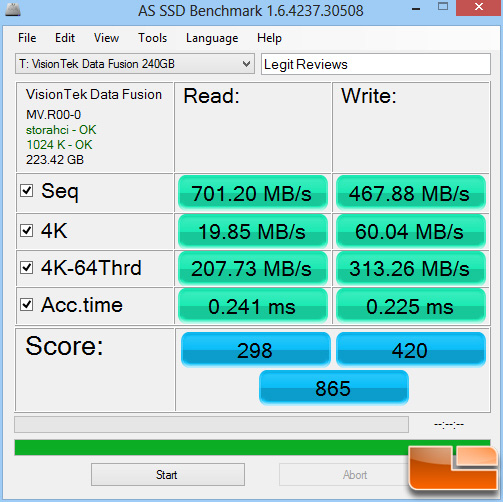 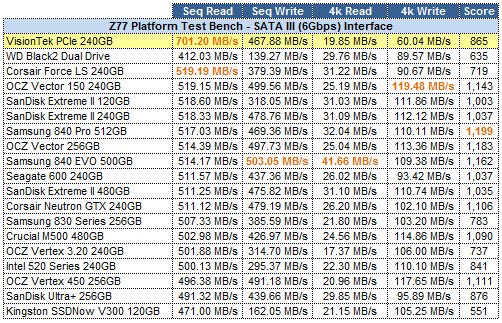 Benchmark Results: This is where we generally see the write scores dropping off for SandForce controlled drives due to the incompressible nature of the data employed by the benchmark and that’s exactly what we see here with write scores dropping nearly in half but still very fast when compared to SATA III based drives. 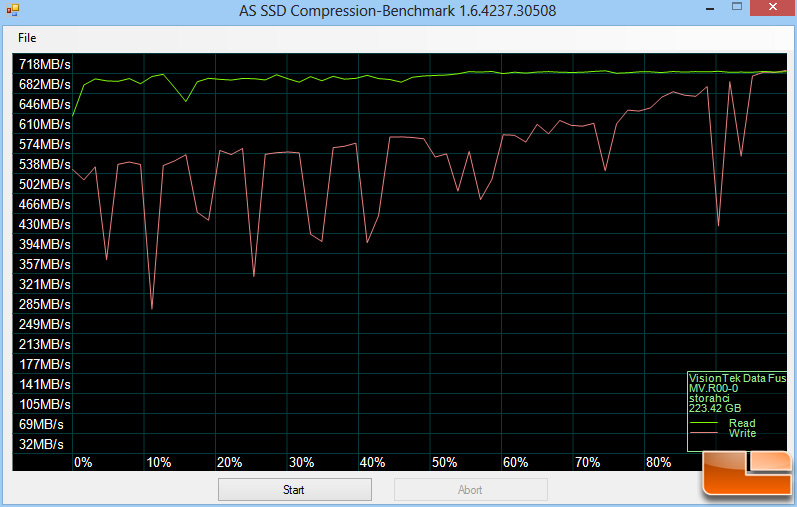 Benchmark Results: The gentle slope of the write graph line show that while the compressibility of the data impacts performance, it’s not as dramatic as we’ve seen on a lot of other drives that show a very steep slope.