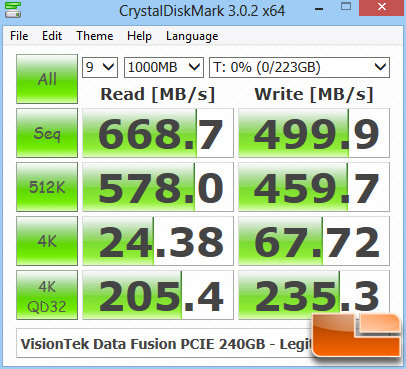 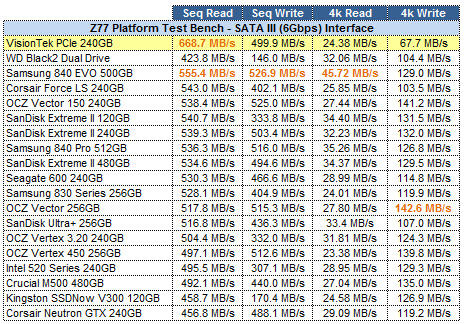 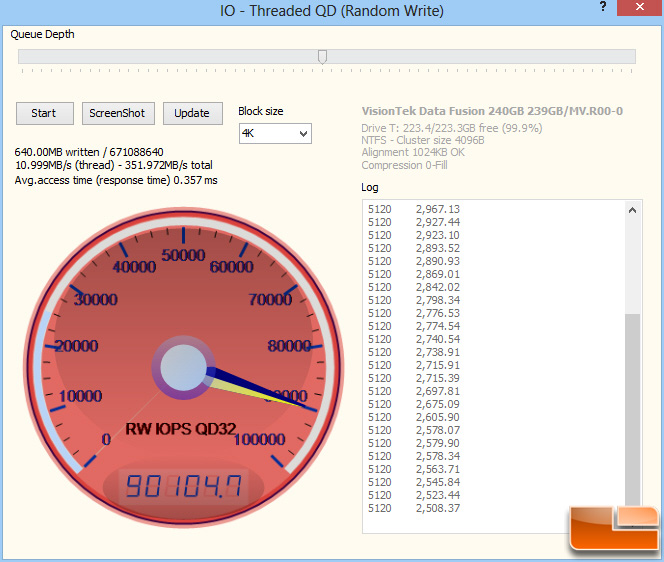 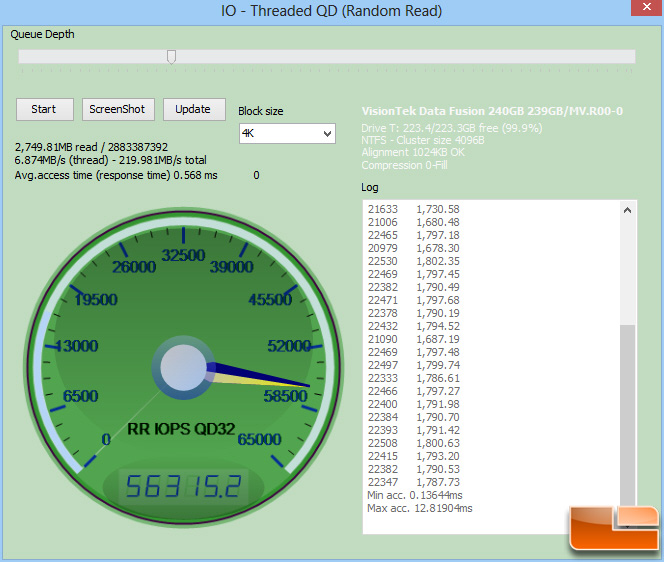 Benchmark Results: Very strong IOPS performance with the writes and moderate performance on reads – we expected a little better on that piece. 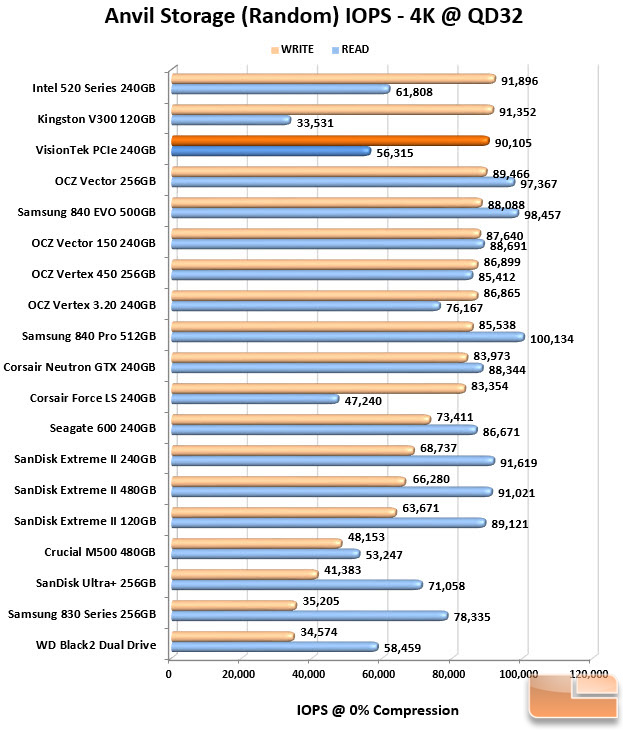