The TRUE Spirit 140 Direct is a very nice looking cooler.  It is well constructed and uses nice materials.  There was a little frustration with the installation of the cooler, but once things are figured out, it’s not terrible. 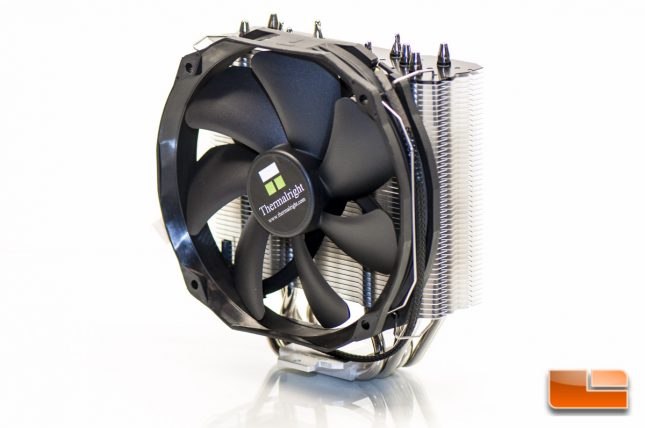 As stupid as it sounds, I got a little frustrated with the install of this cooler.  This was supplemented with instructions that were very difficult to read, not because they were worded poorly, but because they’re too darn small.  I’ve installed many coolers before and usually just skim through the instructions, looking for anything important or out of the ordinary.  Most of the time the install is very similar across the board, but this one was a little different.  I actually found myself snapping a picture with my camera to blow it up to make sure I wasn’t missing something in the pictorial.  Once that’s figured out, it basically became a “Duh” moment, but I can see your average Joe getting confused.  In the below picture, I set a CR2032 (very common size) coin cell battery next to the pictures for reference, and you can just tell how small they are.

There were a couple parts with the install that could have been simplified.  For example, often times the backplate is already assembled or fans could be a little less frustrating for the first-time install – I’m looking at you rubber tubes!  I suppose once you have the tubes installed, the next time will be a piece of cake with the tool-free clip system. 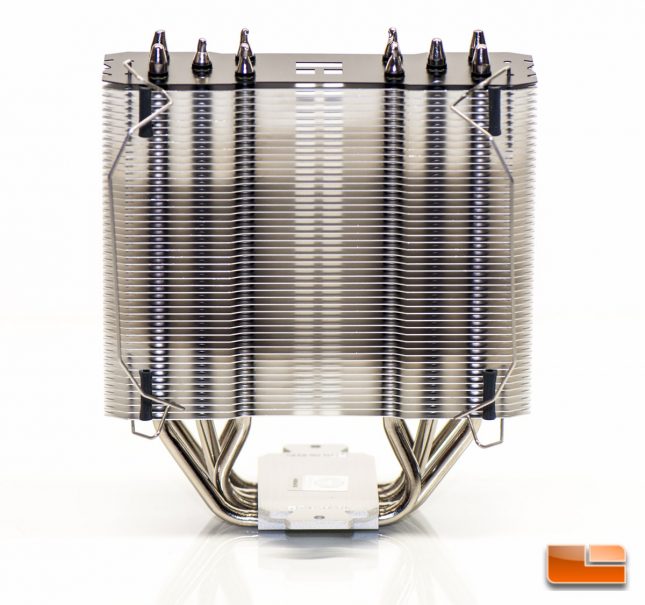 When it came to the performance, I was relatively impressed.  For a cooler that costs $46.95 shipped on Amazon, with a 2-year warranty, it kept up with the water coolers quite well in the AIDA64 system stability test.  Heck, this cooler even beat out the Noctua NH-D15, in the stock frequency department, which costs nearly twice as much.  I think overall this cooler could handle the task at hand without the risk of a water cooler.  This cooler is extremely silent at idle and barely ramps up when under load, which is a great thing to have, especially when you can maintain performance. 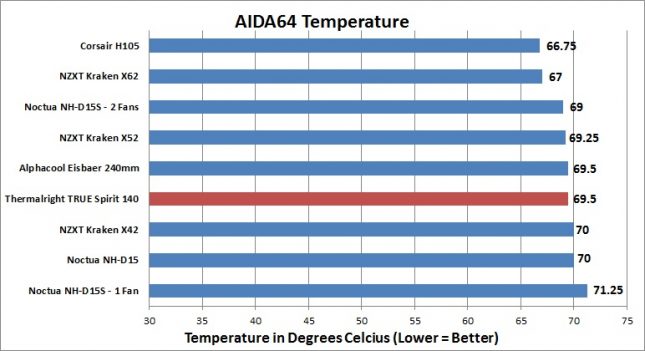 The only other improvement that I feel this cooler could have is with how the base is designed.  It does utilize a direct contact heat pipe system, however there are gaps between the heat pipes, leaving performance to be had.  With these gaps I found that you had to use a significant amount of extra thermal paste to fill them.  Should you not use enough, it’d just absorb the normal amount used on other coolers – in the cavity – and not provide enough coverage.  Obviously you’d affect your cooling performance if enough paste isn’t used.  In the below picture, I have just a little more than what I normally put on the coolers.  When I pull off the other coolers with a flat base, I find that I even have a hair extra squeezed out on the ends.

This cooler is compatible with any current Intel or AMD platform, including the new AM4 Ryzen socket! 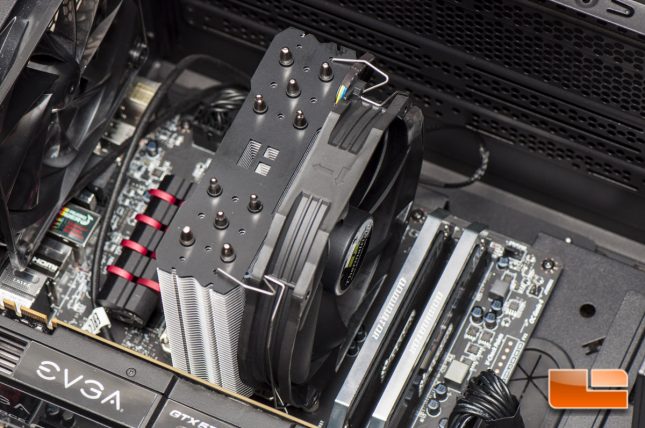 Frustrations aside, I think this cooler has a great bang for the buck, all without the risks of a water cooling system.

Legit Bottom Line:  Thermalright’s TRUE Spirit 140 Direct is a pretty decent cooler as it kept up quite well with the water coolers that we’ve tested thus far, plus it held its ground against the Noctua NH-D15 (stock frequency) which costs nearly twice as much.