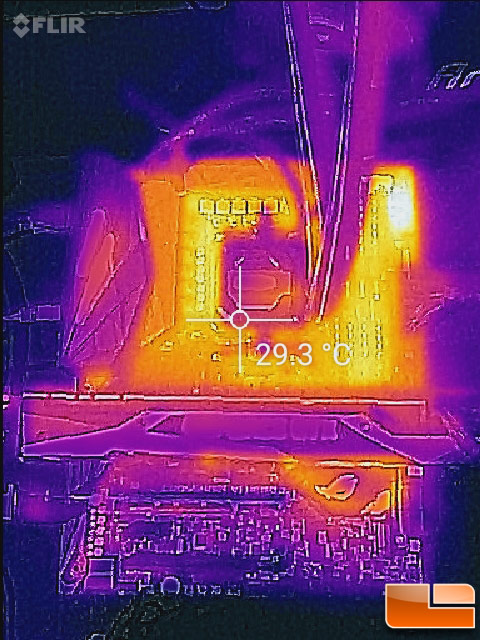 When running the ASUS ROG Crosshair VI Hero motherboard ($254.99) with the AMD Ryzen 7 1700 processor and Corsair Vengeance LPX 64GB (4x16GB) memory kit we weren’t sure what would be the hottest area of the motherboard as it has an impressive 12-phase VRM configuration. 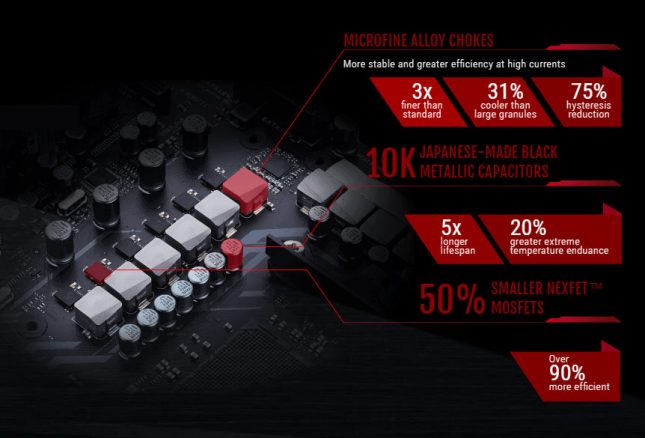 Here is what ASUS has to say about the digital power controller design on this board: 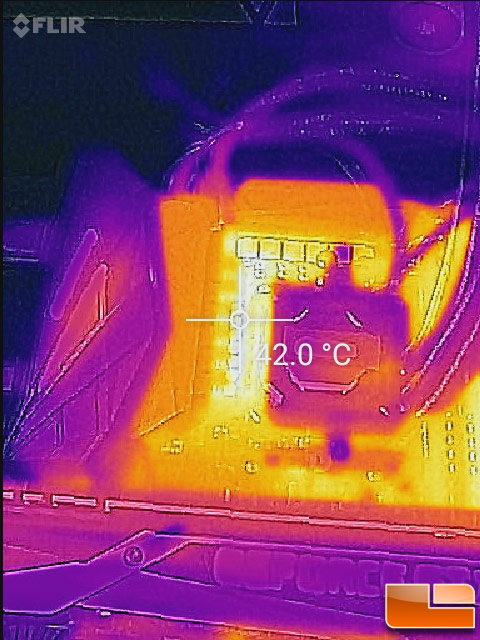 After doing a 10 minute stability test with AIDA64 we noticed that the highest surface temperature on the CPU VRM phases was the capacitors at 42C, but that wasn’t the hottest part of the board. 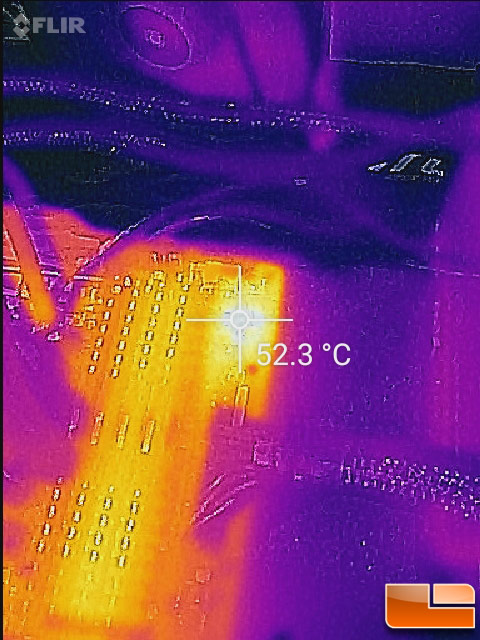 The hottest part of the board was actually the two phase memory VRM and we were getting temperatures in excess of 52C, which was 10C hotter than the CPU power phases! During this time the motherboard temperature sensor was reading 23C, the M.2 PCIe NVMe SSD was sitting at 31C and the AMD Ryzen 7 1700 processor running at stock settings was at just 43C. So, the hottest spot on this platform wasn’t the processor, X370 chipset or the CPU VRM, but rather the memory VRM!