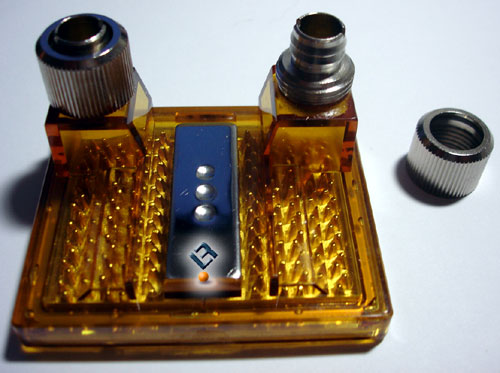 The 300-V10 is one of Koolance’s newer blocks. Sporting 3/8 inch fittings and the ability to dissipate up to 300W of heat the 300-V10, with adapters, can be used with AMD Athlon/XP, Intel P-4, Intel P-III, Intel Xeon, as well as AMD’s Athlon 64 and Opteron/FX-51. The blocks Koolance sent to me all use compression fittings to attach the tubing to the blocks. Though people with big fingers may not care for these, I found them to be easy to work with and extremely secure. The base of the 300-V10 is among the best you will ever see, using a gold plated copper, finely polished to a mirror finish.

The interior of the 300-V10 is a series of small pyramid designs which cause turbulence in the water as it flows through the block, further dissipating heat from the block itself. While some companies use copper or aluminum tops to get the best possible performance out of their blocks, Koolance uses a top constructed out of a durable, hard plastic and still manages to get top performance out of the CPU-300-V10. 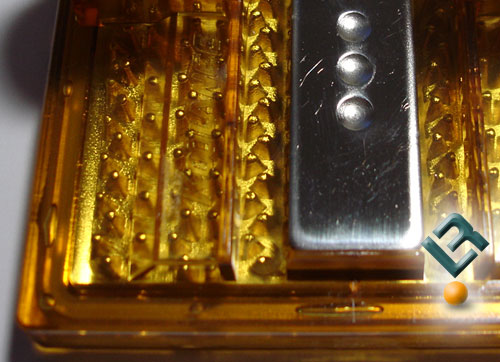 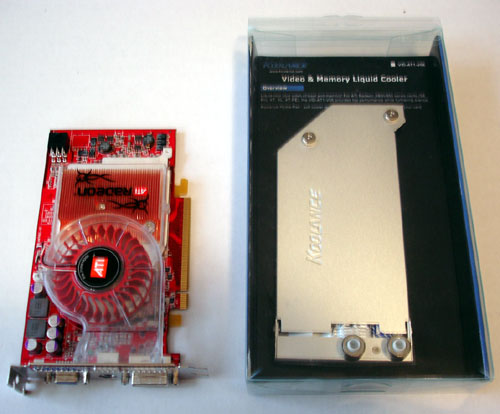 Looking at the VID-ATI-V06, you will notice the inclusion of Koolance’s Hydra-Pak assembly. In conjunction with the GPU cooler and the blue memory cooler shown below, the entire video card is cooled well below what you would expect with a stock air cooled solution. 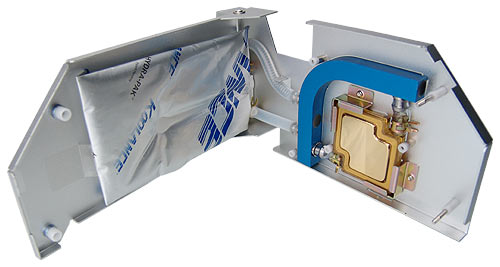 When I reviewed the Sapphire X850 XT video card awhile back, I said I was imprssed with the cooling solution Sapphire used, and that people who were into gaming or who pushed their cards to the edge would be able to live with the noise generated…..until I mounted the VID-ATI-V06 on my card. 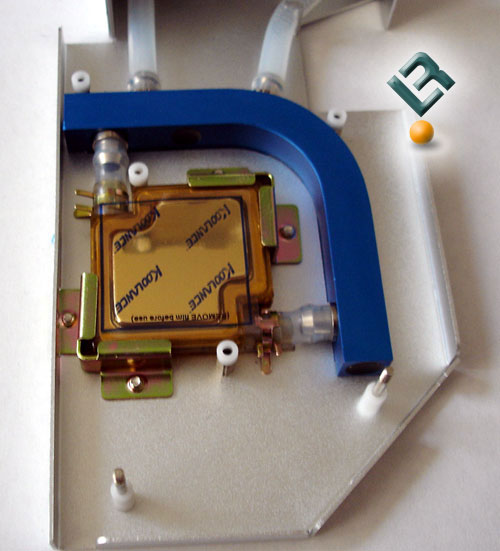 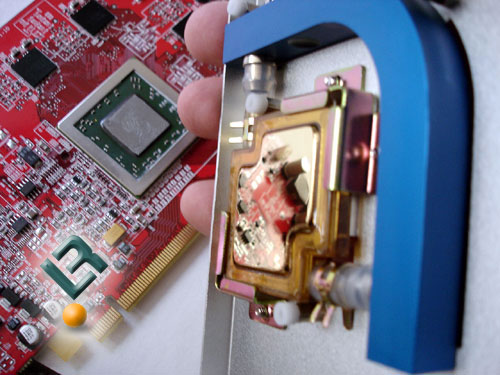 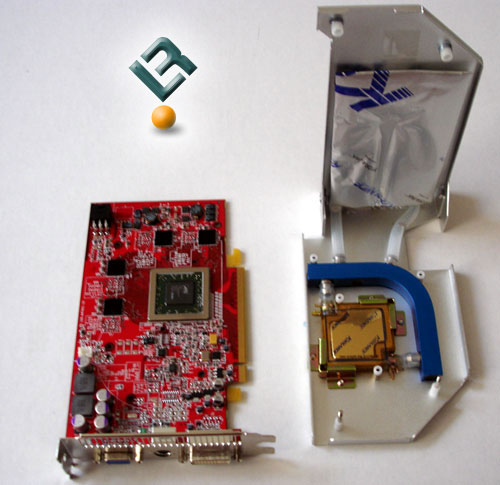 Please keep in mind that this cooler is large, measuring in at 7.4″ x 3.9″ x 1.5″ it will push any small case to its limits. BY cooling the entire card instead of only the GPU, the V06 should definitely provide a good overclocking experiece as well as increase the lifespan of your graphics card. 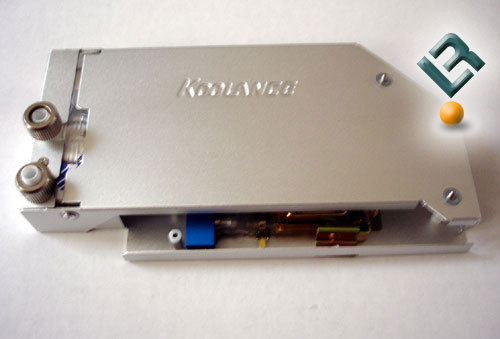 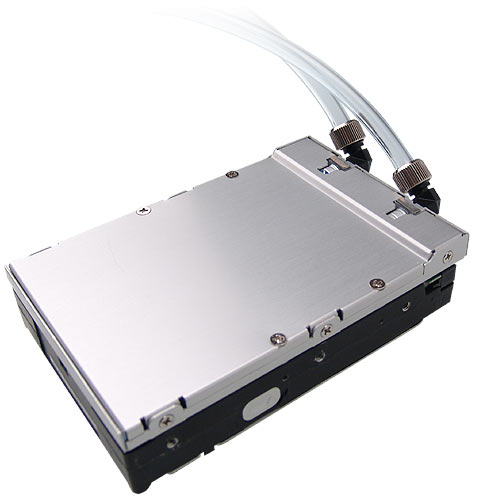 Again, Koolance uses the Hydra Pak to cool an entire component. Though most HDD are fine with adequate air flow in your case, a simple, yet effective solution like the HD-50-L06 simply cools your HDD even better, and quieter than a fan. The HD-50-L06 is also a major improvement over the first generation Koolance HDD kit that required the user to apply a thermal “paste” to the PCB of the HDD. This is as simple as it gets, simply open the device, put your HDD in, and secure it with a pair of thumb screws.

The HD-50-L06 intake and exit connections feature rotating heads, which allow you to rotate the heads into a variety of positions which definitely come in handy in a tight enclosure. With the video card connectors, chipset connectors, and HDD connectors all converging in the same area on my DFI NF4 SLI-DR system, I really appreciated the ability to alter the layout of my cooling system. 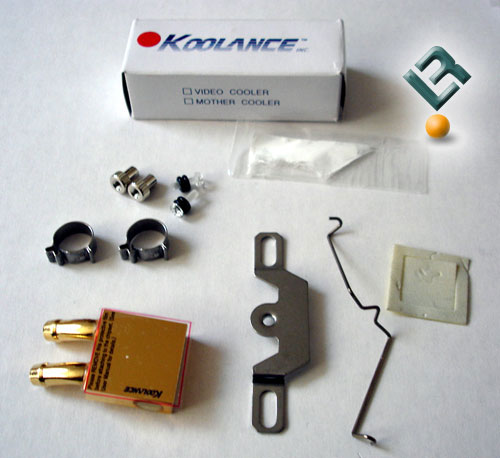 By far the simplest block by means of its design, the CHC-A05 was the one water block I had concerns with. With the NF4 chipset running so hot, and with the placement of the NB in relation to the NF4 SLI-Dr’s top PCI-E slot I was worried that not only would this block have a tough time fitting under the video card, but its 30W rating would have a tough time dealing with the heat generated by an extremely hot chipset.

“The CHC-A05, with a maximum heat rating of 30W, is well suited for motherboard Northbridge chipsets. It also includes a bracket compatible with P-4 motherboards.

The only problem I had with the entire cooling system was when my HDD and video card were installed parallel to each other, as both coolers extended the componets beyond their normal size, I had to adjust my case configuration byu moving the HDD to a lower slot.

Now that we’ve covered the component coolers we’ll be using in our system, lets move on to actually installing and testing them.