The Siberia Elite comes with an external USB soundcard descriptively named USB Soundcard V2. It is seemingly the successor to the USB Soundcard which is a $50 standalone product, though the newer V2 has far fewer options. 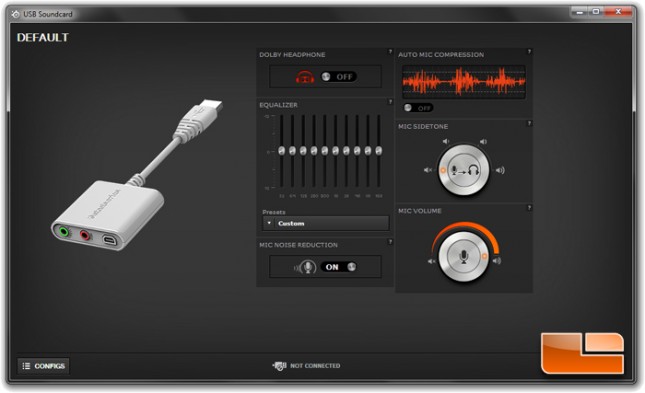 The USB Soundcard V2 has no buttons and no switches. It has two 3.5mm jacks, one for stereo headphones and one for microphones, and a jack for the Siberia Elite and 9H headsets. On the opposite end next to where the short USB cable meets the sound card is a small white LED for indicating if the device is receiving power. Its advanced features must be controlled with SteelSeries Engine 3 which must be downloaded for installation. Fortunately, its most basic functions do not require SteelSeries Engine 3 and thus can be a plug-and-play external sound card for headphones and microphones. It is not compatible with game consoles. 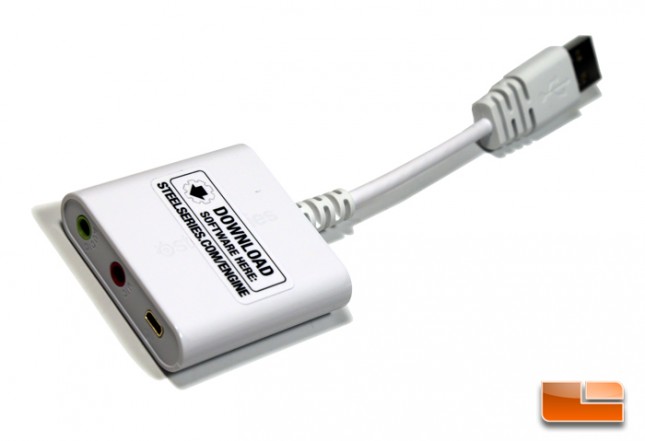 To get a gauge of the USB Soundcard V2’s audio performance, headphones other than the Siberia Elite were used. The USB Soundcard V2 is decent, sounding superior to onboard audio, but falls short of what the $25 ASUS DG dedicated PCI sound card can offer. That card offers more clarity, an amplifier, and a much more fleshed out software control panel. On the other hand, the USB Soundcard V2 should be interesting to laptop owners if it becomes standalone product with a price I would value at $20.