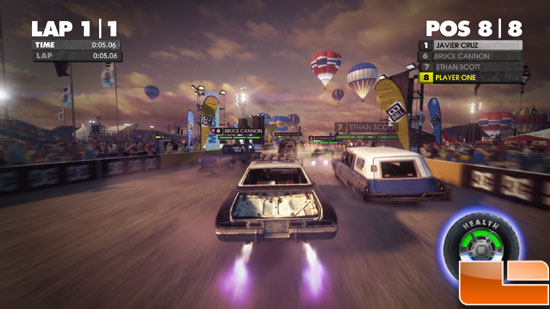 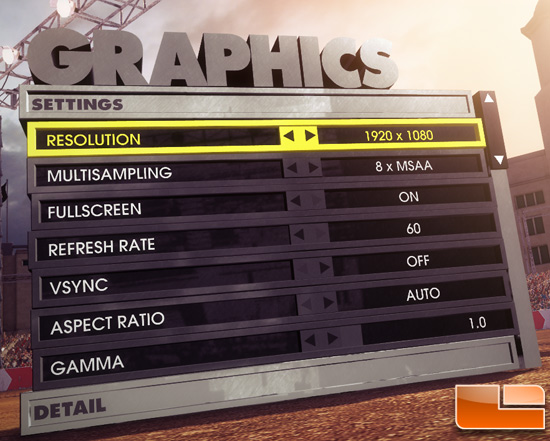 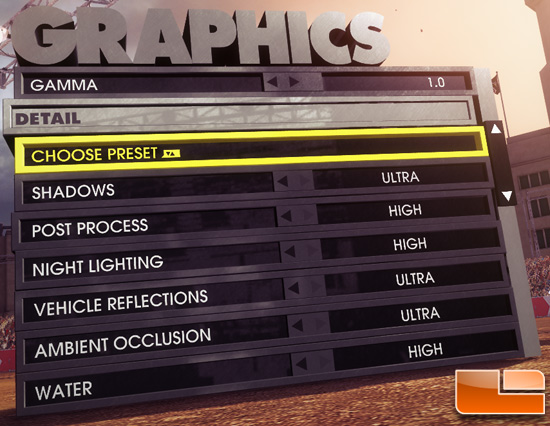 It is very important to note that Global Illumination and Advanced Lighting have massive performance penalties when enabled, something not seen in other titles in the Dirt series. It seems to affect NVIDIA hardware more so than AMD. We ran with and without the settings enabled. 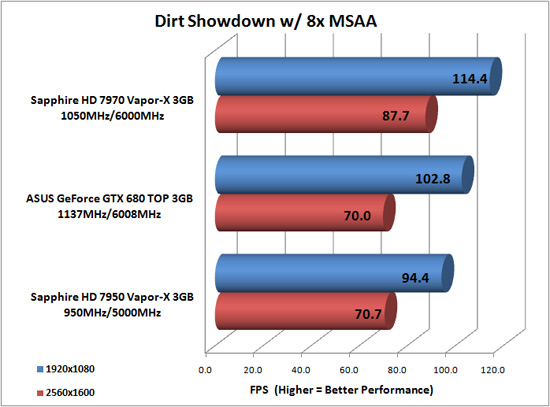 Benchmark Results: In Dirt Showdown we found the Sapphire HD 7970 Vapor-X was again at the top of the chart along with 114FPS at 1920×1080 with the image quality settings set fairly high. We didn’t test with advanced lighting or global illumination enabled, but to be honest it makes the game look way too fake and we like it better disabled anyway. So far the Radeon HD 7970 and GeForce GTX 680 are tied at two wins each, so this is this getting interesting!