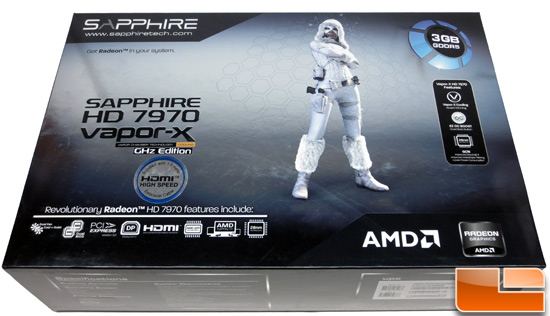 The Sapphire HD 7970 Vapor-X 3GB video card is the fastest card offered by Sapphire and it shows just how much performance you can get from AMD’s top of the line GPU. The card is impressive, but it better be for $449.99 shipped after rebate. For this kind of money it better perform exceptionally well and for the most part the Sapphire Radeon HD 7970 Vapor-X did just that. After looking at all the performance tests that we completed the Sapphire Radeon HD 7970 Vapor-X was significantly faster than the Sapphire Radeon HD 7950 Vapor-X, but was basically even with the factory overclocked NVIDIA GeForce GTX 680 video card that we compared it against. The ASUS GeForce GTX 680 DirectCU II TOP Edition card that we used for comparison can be found online for $549.99 shipped. With a hundred dollar price difference between the cards it doesn’t look like much of a tie any longer.

The Sapphire Vapor-X GPU cooler did a good job of keeping the Radeon HD 7970 GPU nice and cool, but we were shocked to see how much hotter it runs over the Radeon HD 7950 GPU. Both Sapphire cards share identical circuit boards and GPU coolers, so we were expecting it to be closer. The AMD Tahiti XT GPU core is fully enabled and runs at higher clock speeds and that is why the temperatures are that much higher. We never managed to break 70C on this card though, and that is damn impressive considering what this card is.

When it comes to overclocking the Sapphire HD 7970 Vapor-X 3GB did not disappoint and we were able to hit 1235MHz on the core and 1700MHz on the memory by using AMD Overdrive in Catalyst Control Center (CCC). The AMD Radeon HD 7970 reference design runs at 925MHz on the core and 1375MHz, so we are way over the intended clock speeds of this card! 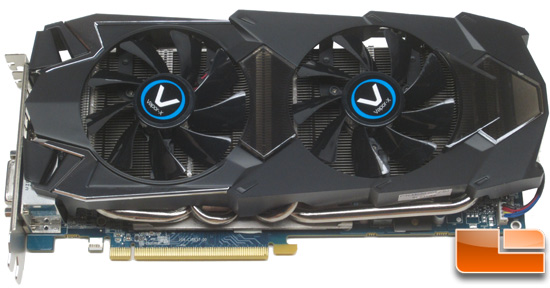 The Sapphire HD 7970 Vapor-X comes backed by a two year hardware warranty and is an ideal video card for those that game on a large monitor with a 2560×1600 resolution or at 1920×1080 with all the image qualiy settings maxed out. This card was designed to be the fastest desktop card in the world and should appeal to those that want the best. Sapphire did an excellent job at improving the reference design and coming out with a beautiful card.  There really isn’t anything to change on the card as it did well across the board in all of our testing. If you are in the market for a $450 video card be put the Sapphire HD 7970 Vapor-X on the short list.

Legit Bottom Line: The Sapphire HD 7970 Vapor-X is an example of what can be done with the Tahiti XT GPU when an add-in board partner fully customizes a video card!